Why Do Skaters Hate Thrasher 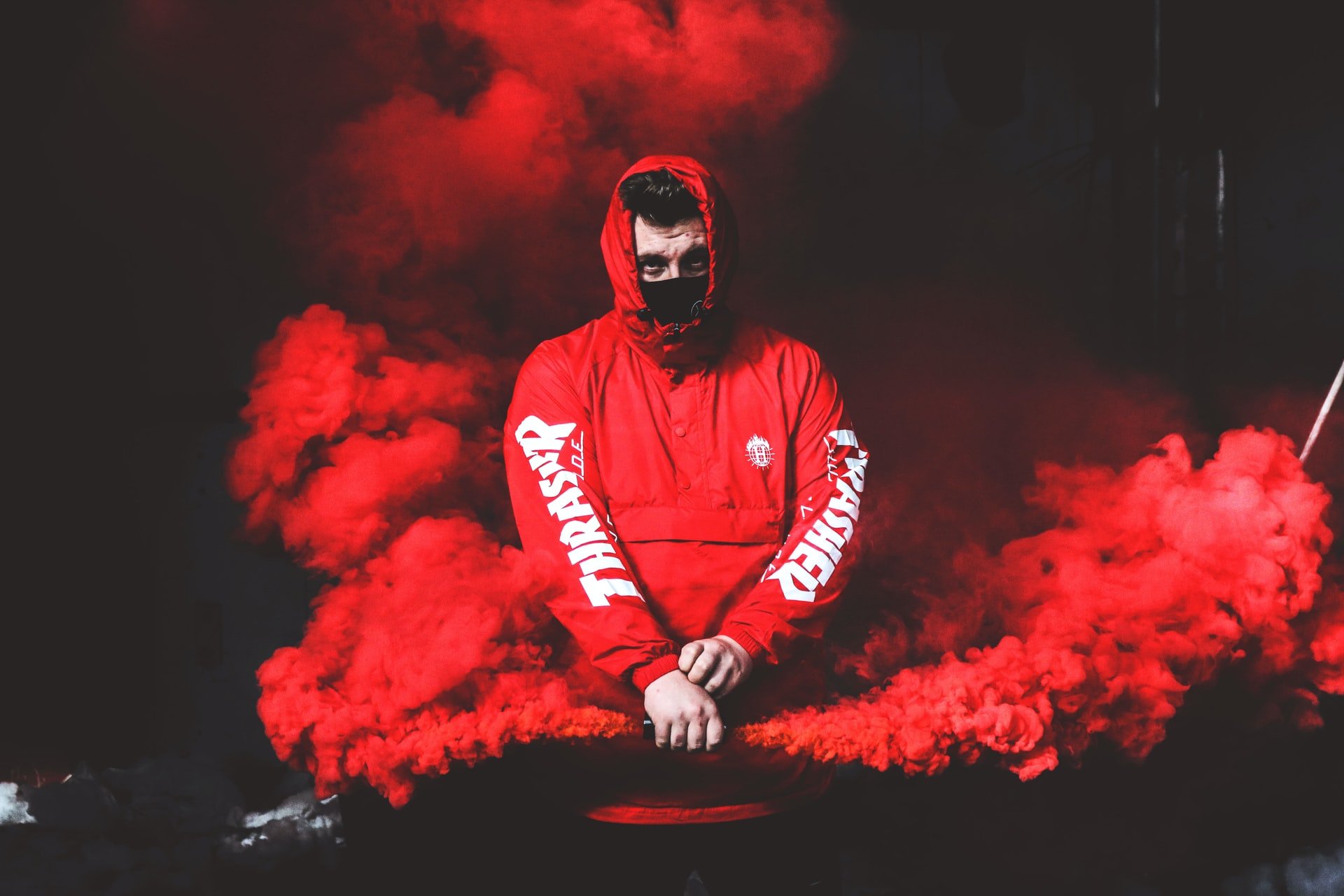 Skating is considered both a sport and a lifestyle. It has been around for quite a while and has significantly impacted and formed a specific section of the urban culture. Skaters are usually people who are friendly and sporty, they are different among themselves (like everybody else), and share a specific passion for the activities and events.

A Thrasher today is not the same as he or she was a few decades back. In fact, skaters were Thrashers. Trasher was the skaters’ Bible. Over time this changed, and the ‘skater style’ became popular and somewhat untrue.

So, why do skaters hate Trasher?

From the skaters’ perspective, Thrashers today are posers who wear clothes so they would look like skaters, which looks cool. People can often misjudge you based on the things that you are wearing, and in today’s society, being mistaken for a skater is definitely a good thing among the younger generations.

Who or What Are ‘Thrashers’?

According to the Merriam-Webster dictionary a ‘Trasher’ in slang is:

1: one that thrashes or threshes.

Thrasher is a skateboarding magazine that was founded and started by Kevin Thatcher, Eric Swenson, and Fausto Vitello. It started back in January 1981 and was published by High-Speed Productions, Inc. in San Francisco, USA. The publication is also known as ‘the bible’ of skating culture and was mostly composed of music articles, photography, interviews, and skate park reviews.

Since its beginnings, this magazine has been the backbone of the ever-growing culture that today has its own fashion trends. Its logo and merchandise grew over the years, and today even people who don’t skate love to wear the ‘trendy’ sweaters, shirts, and even pink girls’ underwear. Anything with the Thrasher logo is worth the wear!

Not everyone shares this opinion though. People behind the magazine look down on those who simply pose in their clothing lines. The idea behind their merch was that people who wear it have endured the injuries and falls that are the essence of the skating culture. Given that those who create and promote these trends look down on people like Justin Bieber and Rihanna, who ‘pose’, it is no wonder that the rest of the skateboarding community does the same.

It is hard to determine at exactly what time the world started being open, or rather obsessed with the ‘skater boy’ trends. Even in the past few years, around 2014/15 in particular when Dylan Rieder, Ben Nordber, and Alex Olson started modeling for labels like DKNY and Louis Vuitton when they entered the fashion scene with their sweaty and cool clothes.

After the initial re-introduction of the skateboarding community to the world, even modeling agencies started posting their own ‘skate videos’ that portrayed models styled in ‘skater outfits’.

In for a Penny, Skate for a Pound

It is no surprise that not everyone is happy about models and bloggers copying the skater style. It is not they who jumped and bruised to get that perfect frame for a photograph or hardcore video that shows off the supreme skateboarding techniques and their ripped looks.

On the other hand, there is quite a few skate brands like Palace, Bianca Chandon, Quartersnacks, Bronze 56K, and Alltimers who wiggle into the ‘elite retail space’. With their merchandise being pushed as the top ‘skate style’ choice. Because of all the hype, even skate shops have some reaping benefits from this ever-growing trend.

Owners of such businesses would lie if they said they oppose this ‘picture perfect’ opportunity. If they did, they probably shouldn’t sell their stuff to people who don’t look like skaters? Ah, but the customer is always right.

Interestingly enough, even fashion reporters found it curious how all of the world-renowned brands never bothered to hire a professional to present this urban culture in the most form-fitting way.

People ‘On the Verge’

Understanding both worlds may come difficult if you come from either the skateboarding or fashionista community. However, to try and understand both worlds, some reporters asked those who work in the retail industry with skateboard-specific merchandise.

Alexis Castro reported on this phenomenon and revealed that the general opinion of the workers who interact with both sides is that those who want to pose attempt to ‘own skateboarding’. No one can own it, because it is for everyone and you can skate at any age. This might be the very reason why those from the skateboarding community look down on those ‘Thrashers’ who are playing lookalike.

The free advertisement and all the hype are great for small businesses selling skates. An increase in sales means more sponsorships and tournaments (once we can organize public events). But the lack of proper attribution from the ones popularising the sporting culture is a lack of basic politeness.

It can be presented as a revolution of the cycles of mainstream popularity that skateboarding has seen from its earliest beginnings. People who are skaters view this expansion as a mockery of their personal style, however, rebellious and outgoing as most of them claim to be, this can be seen as nothing more than a teaser that will get all the negative reactions over social media. As was the case with Vogue’s Skate Week’ a few years back.

This is definitely a tricky one. We live in the most technologically advanced and culturally diverse era. People all over the world are working on enhancing their quality of life, and freedom of choice. And all of a sudden you stumble upon a decadal issue on whether you should wear a hoodie sold by Trasher or not.

Younger generations might not view or understand the importance of the look that is a reflection of a movement. By the end of the 20th century, people who skated were often mistreated and bullied by mainstream society. Kids used to get beaten up for wearing Vans sneakers (another clothing item characteristic of the urban culture). It was because some violent, intolerant reactions viewed the brand as a reflection of homosexual clothing styles.

This all happened at a time when people deemed it ‘alright’ to attack queer people for simply being in public areas. These were hard and changing times that ensured most of the liberties younger generations almost seemed to take for granted.

Thrasher Is a Cultural Mark

On many forums, you will find people asking, warning, or even making fun of people who are wondering should they even bother wearing a specific item. Thrasher only expanded their merchandise with the clothes and was a symbol only as a magazine back in the day it started. People refer to it as the ‘skaters bible’, there is not much to explain after that.

Understanding culture is really important in today’s day and age. Skaters will often ask those who do not why they wear ‘skater clothing’. It is also compared to a fictive situation where people decide to wear a feathered war-bonnet (characteristic for Native Americans), a hijab, yarmulke, tie-dye, etc. The most important thing is that cultural appreciation is a thing, and people need to respect that.

Old school skaters will respect you more if you admit to your faulty judgment, get a skateboard and try doing it. Make a few fun falls and befriend them, and you will discover an entirely new world behind the fashion choice.

It Comes Down to Personal Preference

Understanding that Trasher started as a skateboarding magazine is important. You will hear people claiming that, technically, only skateboarders should read the magazine and wear the clothes. As far as cultural appreciation goes, we will provide another extreme example.

Imagine you are into marine life, and you love to learn about fish and underwater ecosystems. Should you stop learning and reading about it if you are not a marine biologist? Figure out the equation.

It honestly does not matter if you are a skater or you never touched a board in your life. It is about self-expression and that there is a slight tension towards people who love the style and don’t live the life. Bullies will be bullies on both sides. Mutual respect and appreciation should be the key to ending this ‘dispute’.

So, Why Do Skaters Hate Trasher?

In the past few years, Thrasher as a brand came down by its popularity among the skateboarding community. It is simply because the customer audience has shifted from skaters towards people who only enjoy the clothing style for its aesthetic. Once the company grew to be a status symbol among the suburban society, it shifted towards the mainstream norm and probably lost its core value along the way.

Today, most skaters think of trashers as posers who want to look cool, like skaters. They do not skate in most cases and just want to be noticed.

The search for glory and social status (in modern times) is similar to people who look to buy fake Rolex watches with the intent to be perceived as wealthier than they really are. That implies that you are either deceiving someone intentionally or simply want to be admired and respected. Both reasons are a big no-no, especially in a society that is modern and open to all types of people.

No one can forbid wearing a specific brand, but people who want to wear Thrasher should understand that the pricing and stigma may turn a few heads, and listen to some really mean comments on their fashion choices. Carefully decide if you want to cope with such unnecessary discomfort and potential bullying.

← Prev: Why Do Alpine Climbers Smoke Next: Is It Bad to Leave Skateboard in Car (And How to Store It Properly) →