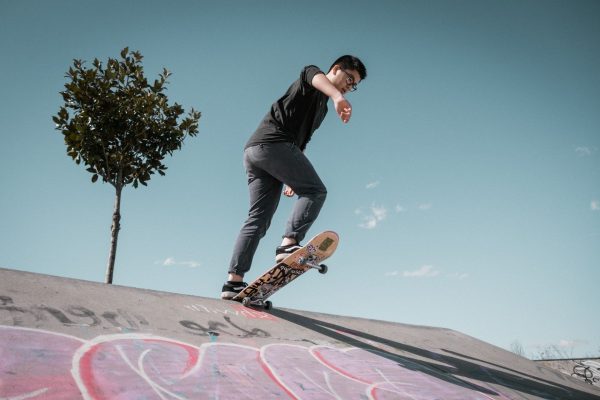 Okay, so currently, there are hundreds, maybe thousands, of tricks being done on an everyday basis by the members of the worldwide skatebording community. One of them’s called a gazelle spin. That one’s also the reason why you’re here, at Go Extreme Sports. Don’t worry, as we won’t disappoint you! In other words, we’ll show you how to do a gazelle spin!

What’s the deal with the trick we’ll talk about today? Is it reserved for experienced folks only, or are beginners allowed to try it out too? Needless to say, you’re about to find an answer to both those questions, and a lot more actually. So, shall we kick-start this one?

A gazelle spin ain’t a simple trick to do. However, it also ain’t the hardest one. Here’s the simplest way you can achieve it: pop your tail flat-footed, with half of your back foot hanging off, land on the nose, and then – pivot it!

By reading just the snippet, you’re missing out on all the fun. That’s why nothing should stop you from plunging deeper into the text!

Before we show you the best way to learn how to “spin a gazelle”, we’ll need to consider the very trick itself. So, what’s it all about? A gazelle spin is basically this: your body spins 360°, and your board does a 540° shoveit. Here’s some sun unconfirmed trivia: skateboarders like to say that if you nail this trick down, you’re just as majestic & agile as a gazelle.

If you’re to type gazelle spin into your browser, you’d see many videos covering its sibling: the gazelle flip. Here’s the definition of a gazelle flip: also known as the bigspin 360 kickflip, it’s a combo of backside 360, 360 flip, and a bigflip. In other words, a rider must do three things at once:

Essentially, a gazelle flip’s the same as a gazelle spin, just with the kickflip added in. Also, it’s considered one of the toughest tricks to do inside the skateboarding community worldwide, so… Yeah, you’d be twice as majestic as a gazelle if you were to nail it.

Okay, so now that we’ve considered the basic terminology, let’s check out how you’ll actually do a gazelle spin! 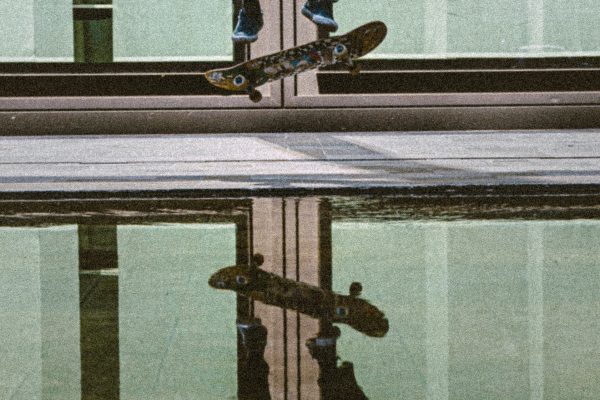 How do you spin a gazelle?

We know what it is, and we know that it’s a bit hard. Still, is there a method to do it without much effort? There isn’t. However, we’ll give you something to work on. So, shall we begin?

Basically, all a gazelle spin is a bigspin and an extra 180 (not just you, but both you and the board). It goes without saying that it’s required you learn bigspin first before you even think about trying a gazelle spin. And how to do a bigspin? It’s pretty simple: just do a pop shoveit and land on the nose, in manual.

Once you’ve mastered the big spin, try landing with your back foot on the tail. Also, you’ll want to pop the tail flat-footed, with half of your foot hanging off. So, all in all, this is how you do a gazelle spin:

It doesn’t sound that hard now, doesn’t it? Keep one thing in mind: practice makes perfect. Anyway, now that we’ve uncovered the veil of mystery from the skateboarding trick in question, let’s tackle other, you’d say familiar topics!

How to get better at skateboarding & learn tricks faster?

Here we’ll show you some tips on how to get better at skateboarding & learn tricks faster. Stay tuned for some useful info!

#1 Try not to obsess over something

Remember how Pixies used to sing: “he tried hard, but he could not make it…”? It’s a song about the famous alien that crashed in Roswell, New Mexico. Anyway, that’s got absolutely nothing to do with this except for the fact that if you’ve tried to do a trick over & over and still couldn’t make it, you should temporarily step away. That’s because a frustrated skateboarder ain’t the one ideal for learning or mastering new tricks.

To conclude: simply move on to something else and then try the troublesome trick once again later on. You’ll surely notice the difference.

However, remember what we’ve mentioned above. If it seems like too difficult of a challenge for you, quit trying for a certain period of time. Maybe you’re just not ready yet, or you’re missing some regular practice. So, yeah, if nothing works out – try it again once some time has passed.

Speaking of stance, here’s how your feet should look on the skateboard.

We’re sure you’re well aware of this, but watching skateboarding videos can be a great influence if you’re feeling a bit low on motivation. The motivation that’s needed to nail those tricks. Anyway, there are a lot of fun, yet useful skateboarding videos you can find on YouTube. Imagine how folks got by in the no-internet era. It must’ve been tough, right?

Alright, we know that this sounds somewhat trivial. However, it might be just the right time to practice riding fakie-style. That’s because such an action will open up a totally new range of tricks. It’ll help you reach some new levels in skateboarding adventure (fakie shovits, fakie bigspins, etc.). Also, here’s how how you’ll ride your skateboard backward.

Oh, and don’t forget that many tricks will require you to land fakie or start in that stance, so… Yeah, it won’t hurt you to learn it.

#5 Don’t be afraid to skate with the best

The thing is that you really don’t want to compare yourself to the folks that are far behind you. In other words, you want to compare yourself (and ride) with the best riders you’re able to find in your surroundings. Of course, this doesn’t mean you should become best buddies with them. It just means that you might want to ask them if they’re ready to help you out or, at least, give you some pointers.

Now, if you find such an action as one that will cause some anxiety, there’s no need to rush things. Eventually, you’ll talk to some of them and do the same.

#5 Also, don’t be afraid to step out of your comfort zone

Of course, there’s a certain style of riding that you find the most appealing. Let’s say you’ve totally dedicated yourself to hitting mini ramps. If that’s so, try something else, something you’ve still got left to conquer. Maybe you need to check out our take on the street vs. skate park skateboarding.

No one says you’ve got to move in the fastest possible manner out there. That’s right, if it suits your style – try taking baby steps. Gradually improving yourself & your riding is nothing to be ashamed of. Most folks at the skate park are quite reasonable and understanding, so don’t think you’re somehow the slow one in the crew or something.

It’s like the most important skill you’ll need to master in order to enjoy some progress in skateboarding: balance! Here’s a suggestion on how you can practice it: fill an empty bottle of Coke with water and put it on the top of your old deck (trucks removed). There’s no reason to further explain what you should do, right? Right.

#8 Learn from your peers

The last tip we’ll share with you today concerns not being afraid to skate in a group. Even the birds in the trees know that skateboarders are a family-like subculture, so why miss out on it? Anyway, skateboarding with your friends is a fantastic thing for your skill. However, you’ll want to do away with anything that has something to do with competition and learn from your friends’ feedback.

If you’re a humble person, others won’t have a single issue teaching you a couple of neat tricks. As long as you don’t act like the most important person in the skate park, folks will come up to you and share the precious knowledge they possess. You’ll do the same later, once newcomers arrive, and you’re a known figure at the park.

Final thoughts on the matter

Okay, so that’s that on the topic of doing a gazelle spin (spinning the gazelle)! Hopefully, as always, you’ve enjoyed reading this one as much as any other article on this blog. For more interesting skateboarding info, trivia & tips, click right here.

← Prev: How Do You Tweak a Kickflip? Next: Why Do My Calves Cramp in Ski Boots? → 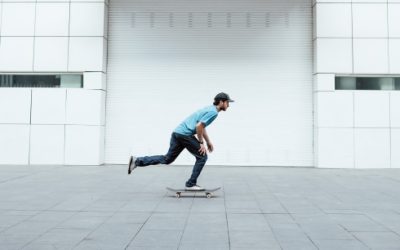 Many beginner skaters have trouble telling the difference between the front and back of a skateboard. This, in turn, often leads to the question: Does it matter which way you ride a skateboard? An honest answer to this question is somewhere between yes and no. The way...