Why Do Alpine Climbers Smoke 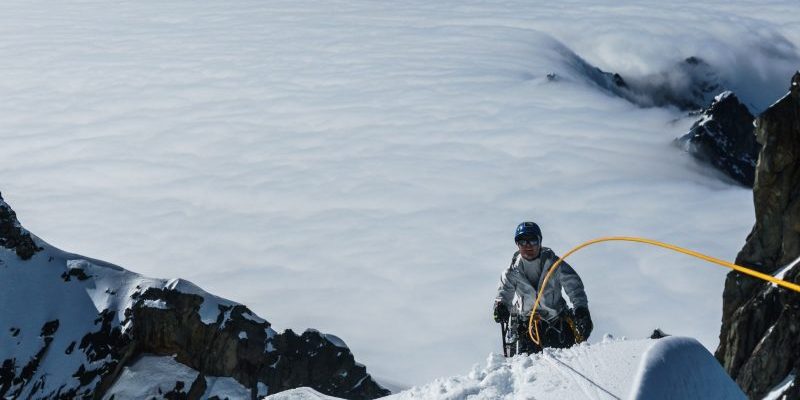 Mountaineering experts say that it takes a lot of strength and endurance to go to high altitudes. Alpinism can be defined as an extreme type of mountaineering. Alpinists are mountain climbers that climb the harder paths and rocks to reach the top.

The harder the terrain and conditions, the better the goal. In addition to regular mountain climbing gear, alpinists use specialized ropes, carabiniers, belts, hammers, nudges, and many other things.

This extreme sport requires mental and physical preparations that include a healthy lifestyle, regular workouts, and mountain practice. People who go to the highest heights are healthy and have the stamina, however, most ‘newbies’ that embark on this challenging path are at a high risk of having altitude sickness.

There have been some indications that smokers cope better with the reduced air when reaching the top. Nicotine was once used as a stimulant and a vaso-constrictor. This kind of stimulant can artificially raise the blood pressure and make the headache from low atmospheric pressure go away.

In this article, we will discuss the history of alpinism, why alpine climbers smoke, and how it helps them to endure altitude sickness.

Before further going into the matter of smoking, it is important to mention the reason why alpinism is considered an extreme and dangerous smoke.

Altitude sickness you can’t experience until you climb up a high mountain. It just happens to some people.
Many find it hard to give up when they come so close to reaching the top. Unfortunately, there is no way to affect altitude sickness, but there are a few things to prevent it.

Approximately 75% of climbers who go over 2500 m.a.s.l. will feel the symptoms. The problem occurs if and when they start to intensify.

Acute altitude sickness (AAC) can cause loss of coordination, fatigue, nausea, and severe headaches. Climbers who notice any of these symptoms should pause until they feel better. Eating a candy bar and having some water during your stop can speed up the process.

Pulmonary Edema on a High Mountain

It is an excess fluid built up in the lungs that causes additional pressure while your body is getting oxygen from the air. It can lead to disorientation and a lessened possibility of logical reasoning. Symptoms include hard breathing, a pinching sensation in the fingers, fatigue, coughing, and overall weakness. A person can also start coughing out the fluid.

Cerebral Edema on a High Mountain

Excess fluid builds up in the brain and can create pressure. It can take a few days to develop and can be life-threatening.

When people start to behave differently and are disoriented without an obvious cause, it is important to seek medical attention as soon as possible to avoid a mortal outcome.

The most important thing is to catch it early. If you are the one feeling sick always say it. It is better to stop, even quit, than endanger yourself and others, and hold back an entire mission if you are aware of the capabilities of your body at the moment.

Most people today have very judgemental opinions when it comes to smoking and smokers. Imagine how they approach the topic of smoking when it comes to mountain climbing. They are entirely judgemental, to say the least, but this comes only as a lack of understanding and knowledge about how oxygen is reduced at high altitudes.

Keep in mind that we are not advocating smoking or any other habit. It is an activity for adults who are aware of the potential consequences it can have for them and the environment. However, this may be one exception when it can be beneficial.

Alpinist Pioneers Smoke Their Way to the Top

Extreme mountain climbers today rely on oxygen bottles to be able to breathe at high altitudes. It seems amazing how today we are experiencing more challenges, when ‘back in the day’ people who were the first to climb had only pickaxes and ropes to reach the top.

Only in recent years, we are able to access information about the medical background on the capabilities of the people who first climbed to the top. During ‘the golden age of climbing’ mountaineers relied on tobacco as an essential element that ensured their success.

Historians and medical experts recently caught the attention of the alpinist society with a simple fragment from old expedition records most people would never pay attention to. Many great climbers did not complain about the lack of air, but that they ran out of cigarettes!

In the first ascent of Everest back in 1953, records show that the team of Edmund Hillary and Tenzing Norgay took 15 thousand cigarettes with them (5000 from Imperial Tobacco, makers of Capstan, and 10000 from Carreras, producers of Craven A).

According to Davidson, who had the opportunity to read the official account of the 1922 Everest expedition, there was a chapter on respiratory problems by Captain Finch that was of special medical interest. It is also worth mentioning that the captain was a strong advocate of auxiliary oxygen.

In the segment, it is stated, to the word, how cigarette smoking proved of great value at high altitudes. They came to the conclusion of how a voluntary breathing process must be substituted. The very notion imposes a strain on the mind and impacts sleep and overall performance.

Being aware of the potential dangers and how they should try to adapt as fast as possible, did take a mental impact on the crew. But he further writes how on smoking cigarettes they discovered it was no longer necessary to concentrate on breathing. The captain concluded how cigarette smoke performs the stimulation function for carbon dioxide present.

The effect of each cigarette lasted about three hours. 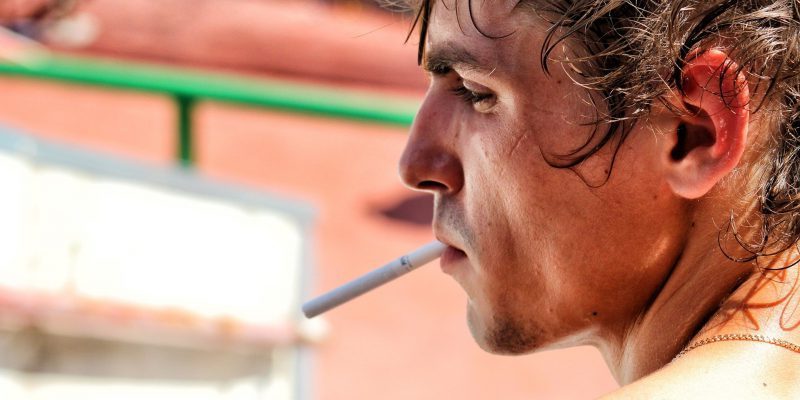 A Great Tool for High-Endurance Training

Once you start reading on the topic it is evident that there have been quite a few extensive researches on the matter. Several studies are written by experts claiming that smoking can enhance the body’s performance.

Altitude training became common among endurance athletes because of its association with an increase in performance, and in serum hemoglobin and hematocrit levels. The response of the body is transient as the physiologic variables return to their baseline after the athlete’s descent, or return to sea level.

The performance benefit is not as long-lasting as the potential risk they are exposing themselves to pulmonary edema, cerebral edema, and severe flatulence.

The World Anti-Doping Agency published a list in 2009 with prohibited substances and methods like erythropoietin, other erythropoiesis-stimulating agents, and various methods designed to enhance oxygen transfer. These substances and matters were primarily used for endurance training.

By using them, athletes endangering their careers and well-being in attempts to gain small benefits with illicit or inconvenient practices, tobacco, or cigarettes are a legal, nonprescription alternative.

So, Why Do Alpinists Smoke?

It is evident from the reports on the amounts of tobacco from different mountain climbing expeditions we know of, that they used to smoke a lot. The proof that the first alpinists were aware of the potential effects nicotine may have on high altitudes was found in the Everest expedition report.

Even though it may seem like a recreational activity, remember that cigarettes were overly advertised through all channels during the 20th century. People like to smoke, it was a passion, a social convention, and almost a standard. Nicotine was known for its benefits, but as we humans like to overindulge, with hyperproduction came hyper-consumption.

Does This Mean I Should Start Smoking to Become Better at Climbing?

Keep in mind that today there are healthier options manufactured specifically to combat altitude sickness and a lack of oxygen. There is an undeniable pattern present even on forums that people who smoke are far less likely to feel even the slightest fatigue. But even those smokers are athletes and are used to the strain alpinism can cause.

Given that we live in a time of advancement, as extreme as it may seem, the period when mountaineers first won the highest tops is almost a century away from us. It is interesting to learn from them and observe, but developing the habit of smoking because of climbing is not worth the very long list of risks it can impose on your health either way.

← Prev: How Long Does a GriGri Last Next: Why Do Skaters Hate Thrasher →