At What Age Should You Stop Skateboarding 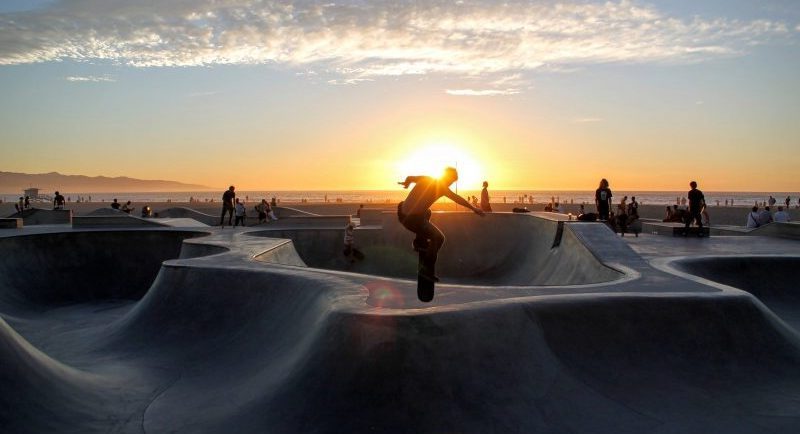 Young and old people can be seen cruising around the streets on their skateboards, and what is interesting enough, new generations, cultures, and entire families may join in on the fun. It may have started as a hobby for surfers to kill their time and stay in shape, but skateboarding has evolved in an entire subculture and a worldwide community.

It was made as a substitute for surfing. Skateboarding is a sport many people see as a skill. In the past few decades, it has become more popular.

This type of culture, like many other urban subcultures, usually does not have a bound norm of gender, social rank, or age for people who are ‘allowed’ to consume it. Anyone can buy and ride a skateboard if they know how to balance and fall.

Is Skateboarding a Sport or a Lifestyle?

When it comes to skateboarding in general, opinions are divided. One part of the skate population believes that it is a sport or a skill, while others consider it a lifestyle.

Today only in America, where the skateboard was originally made, there are over ten million skateboarders. It is almost impossible to count the skaters in South America, Europe, Asia, etc. Skateboarding became a movement during the 40s of the last century in California. Surfers started to look for alternative ways to move on the concrete during periods when there are no waves.

The first surfboards for concrete were pieces of boards with a few nails that held the base for the wheels of rollerskates. After a few pioneering tries, skateboarding started spreading as any trend on the streets of cities like San Diego, San Francisco, and Los Angeles. That is how it all started and has evolved into one of the most popular urban sports throughout the globe.

When to Start Skateboarding?

When it comes to age limitations, skating is an ideal sport (skill) for all ages. Professional skaters who have children put them on boards as soon as they start walking. On the other hand, the oldest skaters around are people well over their 70.

Skateboarding is physically a hard sport because it takes a lot of strength and energy to ride that board. However, it is not necessary for you to be an expert in any other activity, such as fitness or aerobics, because during riding your entire body and muscles are actively participating.

Depending on your own sensibility, it is preferable to warm up and stretch before you go. On average, almost 95% of skaters are fit and don’t have the smallest percentage of obesity. Most skateboarders are skinny and pretty lean.

Professional riders are the ones who have serious campaigns and support from companies that manufacture equipment, sneakers, or clothes, and they sign million-dollar contracts. Every third professional has his own designer board, sneakers with a signature, and a clothesline that fits his skateboarding style.

Some amateurs are also very good riders that show great potential, and sometimes have a good company behind them. But they are in the amateur ranks as they have not yet signed any professional contracts or salaries, but they get equipment and win tournaments.

This sport is extremely attractive to watch when people do tricks, and for the riders, the adrenaline just pumps up your entire body. The experience is unique and you really have to try it to fully understand the scope of the experience.

Beginners, no matter what their age be, might want to approach the local skateboarding team as someone who knows what they are doing or to have a few topics to talk about. Also, learning about new tricks is a great way to have a theoretical base (like when people first learn about driving and then sit in the car).

Each trick takes patience and practice. You need to fall and flip over 100 times before the 101st time becomes perfect. Tag a friend along who has a camera and convince them to make sure they keep track of your tricks on video, so you can record your progress and even share the story on social media. Instagram stories or TikTok are the perfect choices to find people who share similar interests or struggles. You can exchange experiences and maybe even learn faster, who knows.

Some of the most basic skateboarding tricks are:

In order to master tricks and skateboarding, you need hours and hours of exercise, countless attempts, and falls. This is why many people consider skateboarding to be an extremely dangerous sport, but skaters disagree on this matter.

Skateboarding – a Risky Sport or a Challenge?

Skateboarding is equally as dangerous as tennis, basketball, or any other sport. You can always get injured, and depending on the sport, some body parts are more, and some are less, exposed to the risk. There are also different styles of riding, and you have more extreme terrain and an easy urban ride 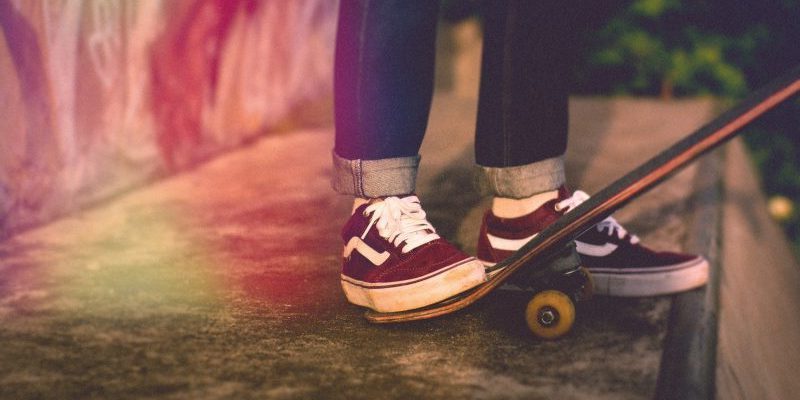 A Bit of a Sport, and a Bit of a Performance

Parks are the safest environment you can skateboard in, and are great training terrain for street riding. At the park, riders practice tricks they will later perform out in the streets.

Every skater thinks about what he or she could do and then does it until perfection. Tricks are then captured by video or photography and made into short films that work as a presentation or portfolio of the skater.

Places that skaters can use are all around us. It’s something that a common passenger might see as a simple dent in the concrete that people on skateboards see as a perfect spot for tricks. They are always on the lookout for new and attractive places, so they cruise cities and neighborhoods, and their driving depends again on the type of surroundings they find.

There are many factors that put proper value in skateboarding, and at the very top are:

Music Is an Important Factor

Music also makes out a significant part of the skateboarding culture. In the early days, skaters listened to hardcore, metal, punk, and hip-hop. Today with the internet available virtually anywhere, there is a plethora of easily accessible music and no skater is bound to a specific styče of music. It depends on your personal preference and riding style.

Some skaters love to listen to chill music, while others prefer more aggressive, faster, and explosive music that motivates them to ride faster and jump higher. The combination of music and sport has always been important, and in the skateboarding community, it is a great way to popularise the sport.

The more skaters the more people have similar tastes. Even two people from different parts of the world can become friends for life if they have similar interests and zing on the same frequency, which is more than enough for any new friendship.

If you want to learn about Jim Martin, the oldest skater in the world, you should definitely check out a video on a youtube channel by Spencer Barton in his Story Time episodes. It is an homage to Jim and his work.

Jim Martin called himself ‘the old skater’ and he was 80 years younger when he passed. His story starts from the age of 50, and he was previously (yep, you guessed it) a surfer. A few years after he stopped surfing a friend of his asked him to try out his skateboard, as he had the balance and previous muscle memory.

As he stated in an interview with Barton: “… from that moment on I was hooked. I got online and ordered my first skateboard which I still have today.”

People always seem to think about boundaries as this old guy was ‘too old’ to be doing that. The thing about constriction is that we imposed them on ourselves. As Jim stated at some point, yes, he had to give up some skateboarding tricks after 65 years of age because his knees were not what they used to be, but he was still riding a skateboard around to adapt to his abilities!

So, At What Age Should You Stop Skateboarding?

Since 2000. media has started paying attention to the skateboarding community and they released video games, started making children skateboards, and commercialized their products to the mainstream. More money means more skateparks, better skateboards, and more skaters than ever.

The most important advantage to the skateboarding community is that it can still remain an individual activity. It is an evergrowing, individual art and a group passion. There are new skaters and tricks emerging all the time.

Because of that, there is no specific limit to age that you must constrict to. Some people buy choppers in their 50s, you can get a skateboard for your parent, uncle, or yourself if you are of that age. Also, you can stop whenever you want, if you have had a bad fall and got a hurting injury, take it easy and explore new ways to engage yourself.

The possibilities are endless.

← Prev: Why Parachutes and Ropes Are Made From Nylon Next: How Long Does a GriGri Last →