How Long Does a GriGri Last 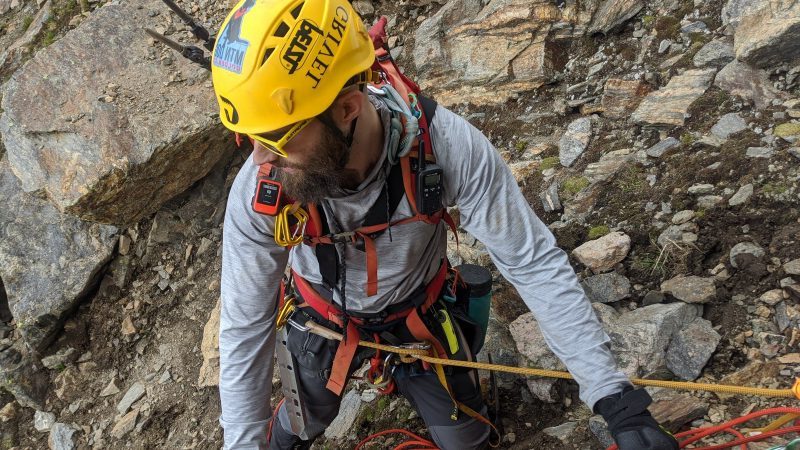 As an experienced climber, you must have heard stories about worn and torn equipment that is still  ‘good enough to use. There are different situations when people react inadequately because of fear, then end up blaming it on the equipment.

In one case, the rock climber was at about 20m altitudes when he was dropped for the first time. His belay partner used the GriGri by Petzl and quenched it in panic, preventing the automation of the device. A few weeks after a similar event happened, and each time the belay partner blamed it on old equipment and poor manufacturing.

Maintenance is one of the most important segments and proper knowledge on how to use the gear so it does not get damaged after one climb.

It is hard to determine an expiration date on quality rock climbing equipment such as the GriGri simply because there are a lot of climbers out there that still use equipment bought before the 2000s. However, the manufacturer Pretzl has specific guidelines on when to retire equipment (mostly after a decade).

In this article, we will discuss how long does a GriGri last, and what you should keep an eye out for. This has been a topic of discussion even among the most experienced rock climbers as you can never be too safe when it comes to safety.

What Is a GriGri?

For climbing rookies that are still getting used to the terminology, let’s repeat. GriGri is an assisted braking belay device manufactured by Pretzl. The design intends to help secure rock-climbing, rappelling, and rope-acrobatic activities.

It has a specific clutch feature that is an assistant brake in case of a shock load. The concept is very simple and safe to use, but it is really important to know how to do it.

After Pretzl presented GriGri for the first time during the nineties, the device became extremely popular among sports, belay partners, and undisclosed rock climbing gyms.

Rock climbers particularly prefer sports routes with a single terrain for climbing or even more challenging rocks. GriGri makes the job of every belaying partner much easier, of course, if they know how to properly use it.

Get to Know Your Equipment

Knowing how everything works is very important because of safety. Each segment of your gear takes time and practice before you feel certain enough to venture on your own rock without a professional to watch you closely.

When it comes to using a Grigri, it should be used with ropes that are from 9,7mm up to 11mm wide. With easy retraction, the rope can smoothly glide through the gadget. However, any large force or impact (read a climber in flight), will block the Grigri by pressing the inner mechanism onto the rope. In order to release the rope and slowly belay the climber to safety, you need to gently pool the lever so the mechanism releases the rope.

GriGri Is Not an Automated Securing System

Many accidents have happened in the past decades when it comes to rock climbing. A significant amount of those are climbers who feel down because their belay partners held the device open during the decline, or they missed to latch everything together in the belt of the device.

It is extremely important to remember that a GriGri, as well as any other mechanism used for protection, like the Trango Cinch, is not an automated hands-free device! GriGri always demands an active hand for a secure break on the rope, ready to be used at all times. 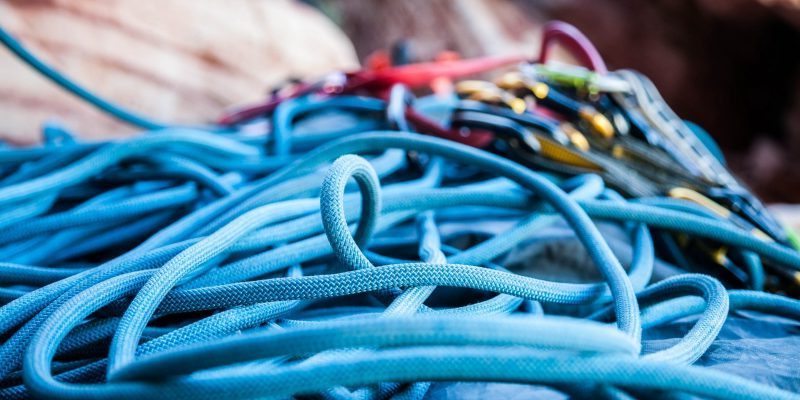 Check Twice if the Rope Is Properly Placed

There is a right way, and there is a wrong way to post a rope on a GriGri. In the case of positioning it in reverse, the inner mechanism will not clatch onto the rope.

Make sure that the part of the rope that goes to the climber is on the lower side of the gadget, where you have a carabinier latched usually. A great way to know which end is which is to mark one end of the rope, marking it as the ‘climber’s side’. This brilliant solution comes from a climber who fell down from a climb and almost permanently injured his spine (all because of mishandling the gear).

Always try everything before going up. Even if you have already started, communicate with the climber or belay partner if you are feeling uncertain about any part of the rope system.

Instructions for the Belay Partner

Every guide and professional will tell you that communication is the most important thing. Sometimes it is a deal-breaker between life and death. As extreme as it may sound, that is the truth.

Both the lead climber and belay partner need to be aware of the risk they are imposing on the other crew member. With this awareness you should have a sense of responsibility, making your awareness sharper.

During practice try to communicate with your partner, if one is more experienced than another try taking turns on both positions. This way you will be able to avoid any uncertainties.  There are so many details that a belay partner should be responsible for, but when it comes to GriGri usage, here are the most important ones.

Keep Your Hand on the Rope at All Times

According to Murphy’s law, if anything can go wrong it will go wrong. A new or thin rope can leak more than a standard one before the GriGri blocks it and breaks the fall.

The rope passing through many carabiniers, particularly on long, higher routes, can impact the force of the fall just enough to prevent the mechanism from activating. Because of that, the belayer can get lodged onto a rock or any other obstacle if the GriGri block during a fall. Be prepared for these kinds of situations and never assume that it will block on its own.

This happens more often than not, and it takes a toll on the ropes, and maybe on the mechanism of the gadget as well. As a measure of precaution, always hold one hand on the rope from the proper side of the gadget.

Learn How to Retract

It is important to practice until you master to retract the rope fast and safely. When the lead climber is buckling you need to provide him with sufficient rope to do so. You need to be able to do this fast.

This is that one situation when you cannot push the rope through a GriGri with the hand used for the break because slow retraction is not possible with the other arm. If you attempt this, you will likely block the device and get a scolding from your lead.

What you can do instead is to use the ‘brake hand’ and take the GriGri so you can use your little finger and put slight pressure on the handle. Avoid using any stronger finger because you might block it again.

Using the slightest pressure you can get the rope fast and efficiently through the gadget. After the ‘lead’ has received enough rope to buckle, put your brake hand back into position and proceed to extract the rope slowly. You will be pushing it with one hand through the gadget, and the other to pull the rope light.

How Much Pressure Can the GriGri Handle?

Whenever Pretzl launched a new GriGri model, they had a notice for all plastic and textile products noting that their maximum lifetime is 10 years from the manufacturing date. Metallic products have an indefinite span, with the exceptional event (this includes all types of products), when the product should retire after only one use, depending on the type and intensity of usage, as well as the environment.

To put it more straightforward, if you are misusing any gadget there is a chance it will not work. This is a fact! Even your GriGri may fail as well. Because of this, Pretzl states how a product must be retired when:

So, How Long Does a GriGri Last?

In all honesty, it really is hard to say. On websites and rock climbing forums, you will find people who claim to be using the old models that they bought back in ’97 or earlier and that they work just fine. In other words: if you’re wondering how often they replace their GriGris, the answer’s not so often. These people have been rock climbing forever and have faith in their own skills, and regularly check their gear.

If you are from the younger generations of rock climbers and happened to inherit one of these gadgets from an uncle or an older friend, you should use them with caution. In the event that they bought and stashed a bunch of GriGris since then and never used them, you should be fine. But it is really important to practice each segment of its handling before you start using it.

Also, if it came secondhand, just use it for practice. You never know what can happen during an unmonitored climb, and if your gear cannot hold up in the most extreme conditions, don’t risk your life until you feel safe with your entire equipment.

Either way, with second-hand or new equipment, be familiar with the procedure on how to use a GriGri. Test it out in a closed setting, operate, and go climbing on your own responsibility and risk, as it is that type of sport.

← Prev: At What Age Should You Stop Skateboarding Next: Why Do Alpine Climbers Smoke →