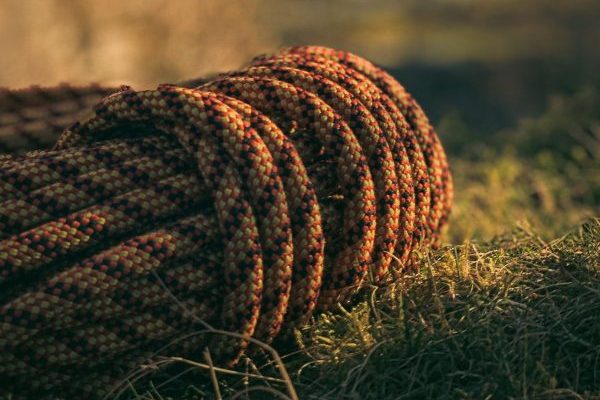 Ah, the age-old question of whether or not one can use a single rope as a double (half) rope! It never ceases to amaze rock-climbing enthusiasts all over the world. Needless to say, we’re trying to “overdo” this intro a bit. However, that doesn’t make our topic for today less important.

Okay, so what’s the deal here? You’ve got half ropes and they’re designed to be used as a pair, so why couldn’t you simply put together two single ropes and, well, you know… Are things really that simple? You’re about to find out. In the text you’ll find below, we’ll show whether it’s ok to for a climber to use a single rope as double!

You’ll be happy to know that it’s possible to use two single ropes in a double (half) rope setup. However, we beg you not to confuse the latter with the twin ropes system, as using two single ropes inside a single piece of protective climbing equipment is not recommended at all.

Now, there’s a whole lot more from where that preview came from. Stick around and see for yourself!

Before we address the main issue of this article, it might be good to consider the basic climbing terminology we’ll using today. In other words: let’s see what’s the difference between single and double ropes! We’ll first define them individually and then underline where they “lose touch”.

Speaking of basic climbing terminology, do you know what a grigri is? We’ve published an article about whether or not this piece of equipment can fail. That’s where you’ll also find its definition.

What is a single rope?

Okay, let’s begin this by giving you the definition of most probably the simplest and most common piece of climbing equipment – a single rope. Actually, we can call it a system rather than a piece of equipment since all your other pieces of gear will clip onto it. Anyway, you’ll find that this system is used mostly in sport climbing, trad climbing, and alpine climbing. Its main advantage is simplicity; the single rope is designed for straighter routes.

Oh, and if you’re wondering how to break in a (single) climbing rope, click right here.

What is a double (half) rope?

As you could’ve easily assumed, when climbing with double (half) ropes, you’ll use two ropes. As an individual climber ascends, one rope’s clipped for protection on the left and one on the right. Once this has been done in the proper manner, it will enable the ropes to go parallel and straight, thus decreasing the rope drag on wandering routes.

Also, there are additional advantages to using double ropes:

Lastly, keep in mind that these double ropes are meant to be used only as matching pairs. Therefore, one should steer clear of mixing sizes and brands. Anyway, we guess there’s no need to underline the main difference, it’s all pretty evident. However, you don’t want to confuse double (half) ropes with twin ropes (and here’s where you’ll find a good offer of such an item).

Okay, so we’ve given you an overview of the three rock climbing systems. Since that’s said and done, let’s introduce our readers to the main section of this article: can you use single rope as double? 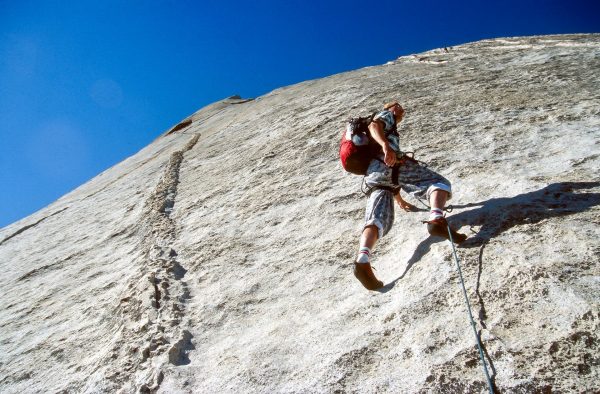 Can you use single rope as double?

Let’s formulate this in a more simplistic manner: is it possible to use two single ropes as half ropes?

Yes, it’s possible to use two single ropes in a double (half) rope setting. Once again, don’t confuse the latter with the twin ropes setup. One might ask: wait, won’t a fall, in that case, alleviate the stretch in the rope making, therefore making the whole situation a bit painful, unpleasant, and generally unsafe? Here’s our answer: nope, it won’t since you’ll only be falling on one rope.

So, yeah, it’s totally doable to use two single ropes as double (half) ropes. That being said, let’s see if it’s possible to use a half rope as a single rope?

Can you use double (half) rope as a single?

You’ll want to know that, for instance, twin ropes are never tested individually. That means that using one of them as a single rope is a NO-NO concept if there ever was one. However, one can’t help but wonder: but what about double (half) ropes, aren’t they tested individually? While that might be true, we’d suggest you avoid using a double (half) rope as a single one.

When we say that half ropes are tested, we mean that both strands of it are tested individually at handling the weight that measures 55 kg (121 lbs). That’s because if one “chooses” to fail, the other one will back it up. If you’re climbing using only of them, you’ve lost the extra protection. On the other hand, the test mass for a single rope reads 80kg (176 lbs), making them an obviously safe option. not to mention the fact that half ropes are usually thinner.

All in all: even though it’s possible to utilize a half rope as a single rope, we’d suggest you avoid doing such a thing. Safety above all! Anyway, let’s see if there’s any other combination we’ve left to debunk or confirm!

Can half ropes be used as twin ropes?

You’ll be happy to know that some ropes are meant to be used in both systems. They’re called double-rated ropes. That means that you’re able to choose whether you’ll put the two strands into a single piece of equipment, or climb with them separated. It all depends on the type of climbing adventure you’ve opted for.

While we’re on the subject, there’s something that deserves a paragraph of its own.

Did you know that today certain climbing ropes are designed, tested, and certified with the so-called single, dual, and tripe classifications, which means that some of them are meant to be used in each of the three systems we’ve mentioned in this article? Here’s the thing:

There’s another way to differentiate between climbing ropes. That’s right, we’re talking about the dynamic/static division!

What are dynamic ropes?

You’ll want to know that dynamic climbing ropes are cleverly designed with the intention to be stretchy. That way, they help climbers avoid serious injuries in case of a fall. Also, this type of climbing rope is most commonly used in such disciplines as rock climbing, lead climbing, and mountaineering (what about canyoneering?). Here’s an interesting fact: the three types of rope we’ve mentioned today are all “subsections” of the dynamic climbing rope family.

What are static ropes?

It’s not hard to assume that static ropes are the non-elastic siblings of dynamic ropes. They’re made to possess the least possible amount of stretch. Here are some activities folks enjoy by mostly using static ropes: canyoneering, rappelling, caving, and abseiling. They’re also fantastic for rescue work.

Its non-elasticity will grant an individual climbed with a certain level of control during a descent that would otherwise be unachievable with dynamic ropes. Also, you’ll want to know that there are semi-static ropes that have an elasticity rate of up to 15% making them great for top-roping. Speaking of top-roping, click here to see if half-ropes are good for it.

Here’s a fun fact: most static rope models you’ll find out there are either black or white, while dynamic ropes are often more colorful.

It seems as though today we were only focused on why this differs from that or something. Let’s see if there are any similarities between static and dynamic ropes:

Okay, folks, that’s about it when it comes to the can-you-use-single-rope-as-double talk. Hopefully, now you understand why this or that combination is either completely safe or something to avoid. As we’ve already said, safety comes first!

For more tips on rock climbing and other relatable info, pay a visit to this page.

← Prev: Is Paddling The Hardest Part Of Surfing? Next: How To Ride Up A Ramp On A Skateboard? → 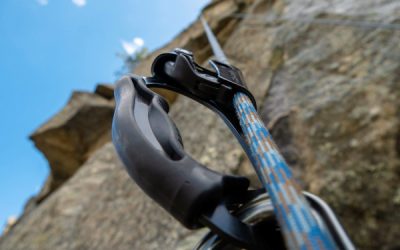