How Often Should You Replace Your Grigri? 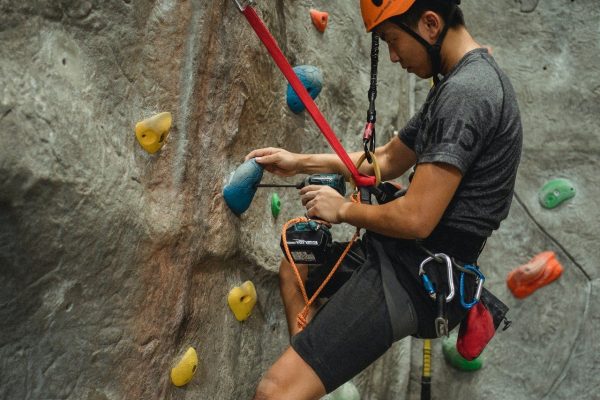 There are many climbing-related questions folks ask that are centered around a little something called grigri. Some of them mention this term as if it was the most natural thing in the world, some, on the other hand, have absolutely no clue about what’s going on. Anyway, it doesn’t matter much which side you’re on. Because? Because you’ll find today’s article useful nonetheless.

First of all, let’s just say a grigri is a necessary item in every climber’s backpack. It’s a thing without which most climbing adventures wouldn’t be possible. If you’re wondering what’s up with the name… Yeah, we’ll explain that, too. Besides talking about how often should you replace your grigri, that is. In the article you’re about to read, you’ll also find everything there’s to know about the device in question!

You shouldn’t replace your grigri if you don’t notice anything suspicious. For instance, if the spring mechanism’s all right, or if all the movable pieces still don’t have any trouble moving, or there are no sharp edges – your grigri’s still in shape. Also, thoroughly inspect the moving side plate for anything even mildly suspicious.

There’s a good reason why a preview’s called a preview. That’s why you shouldn’t hesitate to read the whole text!

Why is it called a grigri? (and other FAQ)

First, we’ll answer the question everyone’s eager to ask once someone mentions a grigri. Here’s a brief history of the term:

Also, there’s an obscure origin story we haven’t yet confirmed, so don’t take it as absolute truth. Okay, so we know why we call these little devices grigris. But our curiosity’s still not satisfied: why did the French climbing gear manufacturer name their product in such a manner? It must’ve been named after something, right? Right. And here’s the unofficial story:

When one thinks about it, it does seem a bit relevant since we’re talking about a sport that wasn’t considered extra safe (and that’s partly the reason why climbing equipment isn’t cheap). Unfortunately, we can neither confirm nor deny the above story.

Why should anyone climb with a grigri?

Here we’ll discuss the advantages of this device with a funny-sounding name. The thing about grigris is that they enable climbers of different shapes and sizes to belay one another. If belayers were to try out other devices, they’d have to apply varying levels of force on the climbing rope just so they could stop it. Once equipped with a correctly-loaded grigri, the belayers will find the device greatly rewarding since it will assist with the stopping power.

Anything else? Yup. The grigri can’t possibly be distracted, step into panic mode or end up badly hurt once hit by an unfortunate falling rock. Not that anyone had to tell you that one. Anyway, the grigri cam is cleverly crafted to engage if the climber falls (and if a skateboarder falls, here’s what to make out of it), regardless of the fact whether the belayer is closely paying attention or half-asleep.

How to clean a grigri?

For our last addition to the grigri-related FAQs segment, we’ve chosen to talk about the way you’ll maintain your grigri device. You’ll want to clean it once:

Anyway, here’s a little guide on how to clean your grigri device without much hassle. If you’re cleaning your grigri because it’s been inside the aforementioned salty environment, all you’ll have to do is rinse it thoroughly with fresh water and that’s it! However, if your grigri has some oily dirt or mud on it, you’ll want to implement these steps:

Now, if you’re not able to remove it using the method we’ve described above, feel free to try the following:

Also, speaking about cleaning your climbing equipment, here’s how you’ll remove tree sap from your rope.

How not to clean your grigri?

Oh and we almost forgot to mention that you should, by all means, avoid using any acid or harsh cleaning products. ONLY use ordinary household soap for the face and body. Anything else’s too strong and will damage your little device. Also, don’t use a high-pressure water sprayer since it can easily remove lubricants and do some harm to your grigri’s joints. And now, it’s time to consider the main question that’s haunting the halls of this article: how often should you replace your grigri? 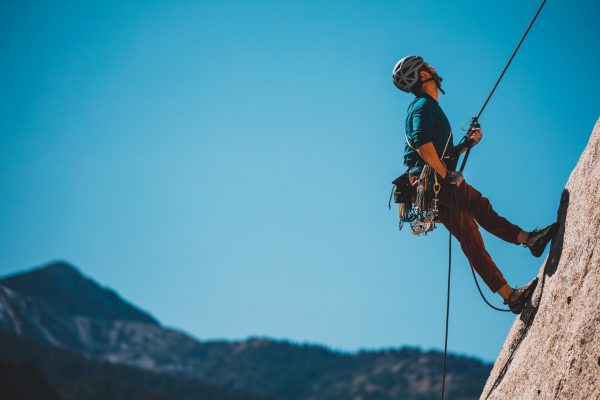 How often should you replace your grigri?

You’ll find folks out there saying this or that about replacing your device. However, they’re mostly unanimous. Their answer is: not that often. Let’s elaborate!

What do the folks at Petzl say?

First, we might want to take a look at what Petzl (the company responsible for the fact we call grigris, well, grigris) says about retiring the climbing gear they manufacture. The item that’s unusable should have some (if not – all) of these “attributes”:

Also, if you have any doubts about its reliability or past usage… Yeah, that could be a red flag, too. Now, of course, when talking about expiration dates and all that jazz, a certain product could expire in an instant. That means it can get damaged beyond repair only after one usage. That, however, depends on the intensity or the environment of usage.

So, does this apply to grigris?

Okay, so one might wonder if this applies to grigris since they possess a plastic handle. By following the rules we’ve mentioned above, you should retire it once the device reaches the 10-year threshold. However, should you really do it? In other words: now, really, how often should you replace your grigri?

Well, most climbers would advise you not to worry. Even if something was to happen to the plastic handle, you still won’t be in serious danger. In other words: the failure of the plastic handle won’t cause a total catastrophe. All in all: you’ll need to make sure that the spring mechanism is still tight, that the wear hasn’t resulted in the appearance of sharp edges, and that all so-called movable parts are still able to freely move. Once you’ve guaranteed all that, you’ll know that your no-matter-how-old grigri is still not ready to be replaced.

A quick disclaimer: since newer models are being made, one should give replacing their climbing gear (including the grigri) a good amount of thought. That’s because you can’t really go wrong with new and lighter gear, right? Absolutely right. Oh, and another thing:

Is it safe to rappel with a GriGri?

By using a GriGri, you won’t be able to rappel on the 2 strands that are coming out of your anchor. Therefore, a climber will need to rappel on a single strand, that’s stopped at the so-called rappel ring by a knot that’s connected to the locking carabiner. You’ll want to rappel only on the strand that’s on the opposite side of the knot since you’ll need to use the other strand for rope retrieval.

Alright, folks, these were some useful grigri-related tips with the most important one of ’em being the how-often-should-you-replace-your-grigri issue. Hopefully, you’ve had some fun reading our take on the topic! For more interesting tips on various extreme sports (including, of course, rock climbing), click right here to visit our blog page.