Can You Over Scrape a Snowboard 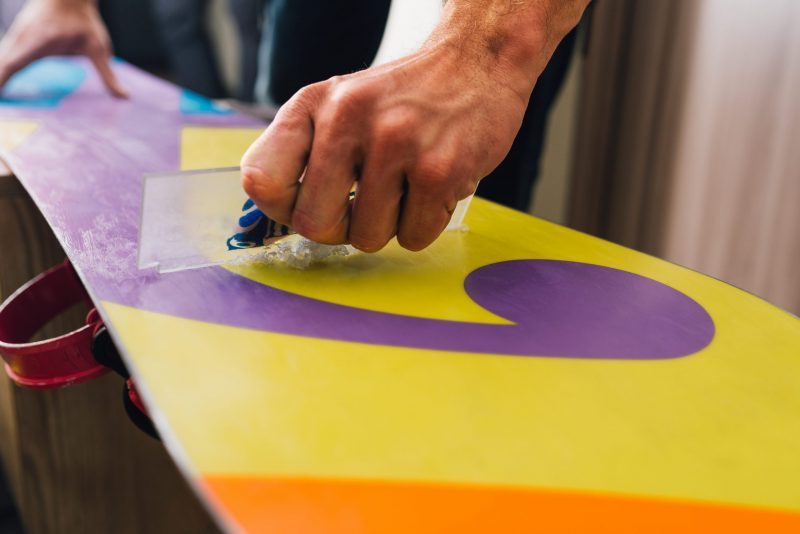 Whether you are a snowboard-pro or just into the thing, you already know that waxing is a critical part of keeping it going. It’s simple – you cannot over-wax your snowboard. Regular waxing will make it go faster, make turning and handling smoother, and protect your bases from abrasion.

A little practice can make you a master of the art of waxing. You can try with some extra wax for the sake of making it last longer. If the wax is thick, the board might get a bit slower, but that shouldn’t bother you in case you’re not trying to win races.

To get the wax layer thin, you need to scrape off the excess wax. Scrapers are typically made from steel or polycarbonate (plastic). We recommend using a plastic scraper as steel scrapers can remove base material and damage your bases. Whatever your choice, you definitely want it sharp.

Some boarders fear that they might scrape off some of the useful wax. Quite the opposite – useful wax will absorb into the base. Therefore, you should scrape off as much of the excess wax as you possibly can without worrying about over scraping your snowboard.

Read this article to learn more about the fine art of waxing and how much scraping is too much.

The Art of Snowboard Waxing

There are many types of waxes available, depending on your activities. It means a cross-country skier will use a different type of way than a downhill. There are pastes, liquids, and the kind that comes in hard blocks that you melt onto the ski, preferred by downhill racers. On the other hand, you can use pastes and liquids as a quick solution for last-minute on-hill touchups.

Preparing Your Snowboard for Waxing

To get the most out of the waxing, you need a clean and properly structured base. It means the base should be flat and the edges should not be railed. Otherwise, you’ll need a stone grind to correct them. If you need to do it, it better be done before you start waxing, with no metal filings stuck in the base. Burrs and knicks in your edges may scrape the base of your iron, which can scratch your bases.

Use a base cleaner or a solvent to remove dirt from your bases and dry them thoroughly before waxing. Don’t be too generous with a solvent, because in this case, less is more. Also, you should be careful with solvents and base cleaners. They may remove residual wax left in your base and leave it dry. Therefore, don’t do it if your bases are clean.

“Hairs” and white areas on your base showing in the P-Tex indicate that your board needs immediate waxing.

What Wax Should You use?

Among a variety of waxes available in the market, you should pick the one that matches the type of snow conditions. At an entry-level, snowboard wax is either temperature specific or “all-temperature”. You can wax your snowboard with a skateboard wax and vice versa, but the results won’t be the same.

Using these waxes may be too demanding as you need to follow the weather and anticipate the temperatures. Otherwise, you may need to re-wax your board. Weather conditions notwithstanding, you should opt for the colder range, as colder temp waxes perform better in warmer snow than the opposite.

This wax (also universal wax) is designed to work with any snow condition/temperature. It makes universal wax a good choice for varying temperatures or if you don’t wax your board regularly. Also, if you board in different areas during the season and weather conditions may vary.

Moreover, perfluorochemicals, the type of compounds found in waxes (and airborne fluorocarbon fumes) are related to certain health risks. Therefore, you should use these waxes in well-ventilated areas, and also use a mask or respirator if you’re over-exposed.

Not only they are associated with certain health risks, but fluorocarbons have also been considered to negatively affect the environment. This is why some manufacturers have designed more “green” products. They claim those products provide the same performance level. 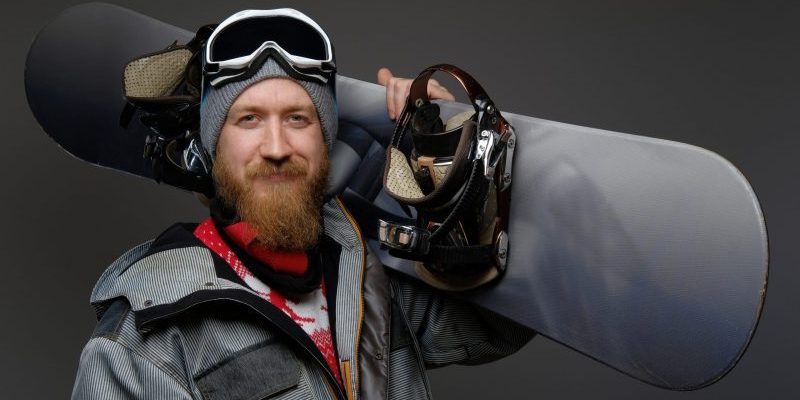 Before you get down to scraping your board, you need to make sure it’s cold. When you’re done waxing, you should take your snowboard outside to help it cool down. It also helps the pores of the base close around the wax. This way, less wax will be exfoliated from the base.

Now that your wax has cooled, you can start scraping.

It will make the entire process much easier if you can place the scraper at an angle of approximately 45˚ and push it along the base of the board. You should know that this requires some downward pressure to help remove the wax. This is why you need a sharp scraper.

A blunt scraper will make wax removal a bit difficult. This may be challenging, as you will want to remove all the excess wax from the base of the snowboard. Otherwise, the access wax on the base is going to dry it out quicker. So, get down on it!

What Type of Scraper You Should Use?

As we have already explained – the thinner the wax, the more effective it gets. Namely, you’ll know you do it well when you can only see your wax job as an oily sheen on the P-Tex. Also, if you scrape the base with a fingernail, little or no wax should come off.

The wax on the exterior of your base will not make you ride faster, but the opposite. So, don’t avoid scraping the base properly or your base will be much slower than before you started waxing it. The only time you should leave the excess wax is during summer when your board is in storage.

To scrape off the excess wax, you may use either polycarbonate (plastic) or steel scrapers. Plastic scrapers may be a better solution, as steel can remove base material and damage your bases. But it should definitely be sharp (you can use a scraper sharpener, or run the flat edge over sandpaper).

When working on bases, you should always work from tip to tail. Try to angle the scraper in the direction of travel and push it from tip to tail to remove the wax. Many boarders think it’s best to pull the scraper towards you. Otherwise, you may gouge your wax job!

Scrape the base until no more wax is coming off of it and avoid under-scraping. Don’t forget to scrape your edges with the end of the scraper.

Can You, Actually, Over Scrape the Snowboard?

You’re unlikely to over scrape the base as long as your scraper is flat and doesn’t gouge the base with a corner. The angle you use may catch on a deposit of wax and leaves lines on the base. However, it’s only in the wax, not the actual Ptex base.

Make sure to scrape off the wax from the metal edges. Especially if you’re going to be in hard/icy conditions.

Snowboard waxing scrapers typically come with a notch in the side that allows you to scrape edges. You can also use something else to scrape the wax off, but it will not be that easy/fast. That’s why you should use only quality gear.

You should also brush or scrape the wax away off the board’s surface as you go because you will see any spots you’ve missed. To be sure you’ve removed all the excess wax, scrape the entire base repeatedly. It may happen that even after several scrapes, the wax is still coming off. It will eventually stop.

Some boarders are wondering if it is possible to over scrape the base. Truth is – to make the wax effective, it should be thin. Basically, little or no wax should come off if you scrape the base with a fingernail.

Don’t worry if you see any colored material in your scraped wax. It can be from the additives in the wax carbonizing from the heat when you’re ironing the wax. It can also be Ptex “hair” – small shavings on the surface of the base, typical for normal wear of riding. It won’t damage anything and most certainly won’t spoil your ride. So, scrape it!

← Prev: Why Are All Skaters Skinny Next: Why Are Fakie Tricks Easier Than Regular Ones →