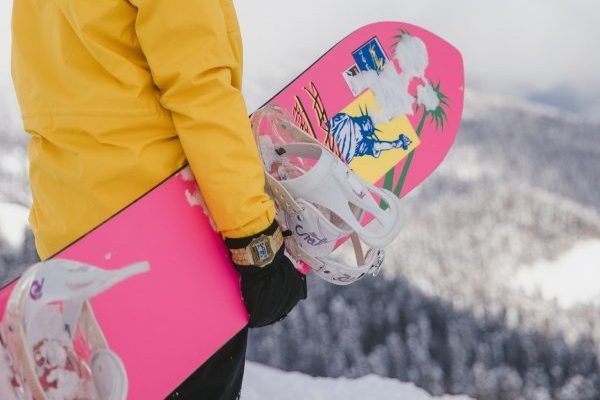 Needless to say, bindings are one of the most important elements of your snowboarding inventory. In other words: they represent a sine qua non of snowboard equipment worldwide. Therefore, many folks are interested in finding out everything there’s to know about this piece of gear, including the answer to the question: should snowboard bindings move?

If you’re all too curious about the answer to the issue above, you’ve come to the right place. Here, at Go Extreme Sports, we like to tackle subjects no one has considered yet, at least not in an in-depth manner. That’s why today we’ll tell you if snowboard bindings should move. Among other things, that is. Prick up your ears for some useful info!

Snowboard bindings aren’t supposed to freely move (neither back and forth nor left and right). Since they “handle” the connection between your feet and the board, it’s absolutely necessary they stay put once you’ve adjusted them. If you’ve noticed that they move during the ride, that’s a sign that you need to look into the issue and stop riding.

There’s really no point in reading only the preview! It’s like reading just the back cover of a book and saying: boy, that surely was the easiest read ever!

What are snowboard bindings?

Okay, so before we kick-start the discussion on whether or not should snowboard bindings move, it’s a necessity that we first tackle some of the basic terminology and other important info this article will revolve around. So, shall we begin?

Here’s the most obvious of obvious questions: what exactly are snowboard bindings? As we’ve already said, snowboard bindings are an essential item inside your average skateboarder’s inventory. Without them, most of the things you’re able to do with your snowboard wouldn’t be possible.

How to recognize snowboard bindings? Well, they’re the little things (even though they’re not that small) that keep your feet attached to the board. Therefore, they’re directly responsible for transferring your muscle movements all the way to your trusty snowboard. If they fit well to your board and style, you’ll enjoy a finer riding experience.

Oh, and if you’re wondering why snowboard bindings are so expensive, simply follow that link.

What are snowboard bindings made of?

You’ll want to know that snowboard bindings are made from materials such as plastic, aluminum, steel, and, of course, foam. All of the mentioned materials are something you’d call the primary elements of the snowboard bindings. Let’s see exactly what each material’s used for:

Alright, that’s that when it comes to materials used in the production of snowboard bindings. Let’s see if there’s anything else we’d like to mention in this first section of the article.

Do all snowboard bindings fit all boards?

The answer goes a bit like this: it’s more of a yes than a no. The thing is: the snowboard binding base plates have these little discs or bolts that connect to your board’s binding interface. You’ll be happy to know that your snowboard bindings will probably come with multiple, different base plates which, of course, makes them attachable to most boards.

How dare you ask such a question! Okay, we’re just kidding. Let’s see why snowboard bindings are so important:

Okay, that’s more than enough for the introductory section. Without further ado, let’s bring our today’s issue into the spotlight and answer the question: should snowboard bindings move? 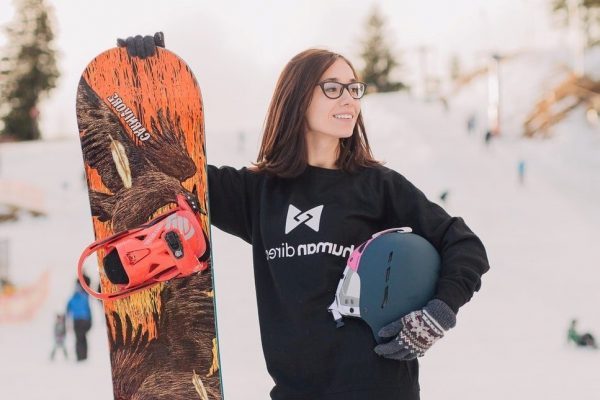 So, you’ve noticed that your binding is doing the good ol’ back-and-forth dance on your snowboard. You’ve also tightened the screws, but nothing seems to change. No matter how hard you press onto them, it’s still the same. You must be wondering: is this the way it’s supposed to be, should snowboard bindings move?

You might’ve guessed our answer (it ain’t so hard to do so), but snowboard bindings shouldn’t move. Since they, as we’ve already mentioned a few times, provide the connection between your feet and the board – it’s necessary that they stay put. If you notice that your snowboarding bindings are moving, that’s a clear signal that something’s not right:

Whatever it is – it might be best to visit your local snowboard store and talk to an expert.

Additionally, if you’re bindings are moving, it might be a sign that you haven’t adjusted them the way they’re supposed to be adjusted. Let’s consider that last sentence and further discuss the proper adjustment of snowboard bindings. Find more info in the paragraph below!

How to properly adjust snowboard bindings?

The main thing is: you can’t find a right or wrong here, there ain’t no proper way of adjusting snowboard bindings (and here’s where you’ll shop for them); it’ll always depend on the riders themselves and the “thing” they’re trying to accomplish. If you’re a snowboard rider yourself, know that the crucial aspect is the way your snowboard’s setup suits your needs. Okay, so adjusting your bindings will be a process that includes two steps:

Of course, we’ll begin with the first step. Oh, and speaking of snowboard boots, here’s how you’ll get rid of pressure points in them.

Mounting your snowboard bindings onto your board

Okay, so let’s see what awaits us here!

#1 Figure out your stance (goofy vs. regular)

It’s the same old question once more: goofy or regular? Here’s a little explanation of what this differentiation means:

How to figure out which one suits you best? Simply ask your buddy to unexpectedly push you forward. The foot you’ll intuitively put forward is the one you’ll utilize as your front foot.

#2 Figure out the distance between your snowboard bindings

The distance between your snowboard bindings will be determined by:

Here’s what most riders prefer: the distance between your bindings should be equal to your shoulder width. How to figure out the exact distance? Simply put the measuring tape between the center of your snowboard binding’s front mini-disc to the center of the rear mini-disc.

Once you’ve got his covered, make sure you lightly screw in the snowboard bindings since you’ll want them to be a bit loose for the next step.

#3 Figure out the position between the nose and the tail

This will depend on your riding style and the type of snowboard:

For a better insight into the different snowboard riding styles, click right here.

If you’re a beginner (which we reckon you are), adjust your snowboarding bindings at zero degrees (the so-called neutral position). That’s because this “option” is probably the easiest for riding forwards.

Adjusting the snowboard bindings onto your boots

Here there won’t be any subsections, you’ll just have to adjust the snowboard bindings to your snowboard boots:

Alright, folks! Now you know how to adjust your snowboard bindings in the correct manner! All that’s left is to say goodbye.

A word or two before we say goodbye

Okay, so that’s about it on the whole should-snowboard-bindings-move topic! Hopefully, you’ve had some fun reading this one, and also learned a thing or two about the proper way your snowboard bindings should be adjusted. For more interesting info and tips on the extreme sport known as snowboarding, we suggest you pay a visit to this page.

← Prev: What Is Tubular Webbing Used for in Climbing? Next: Can You Dive Alone With PADI Open Water? →