Is Snowboard Wax the Same as Skateboard Wax? 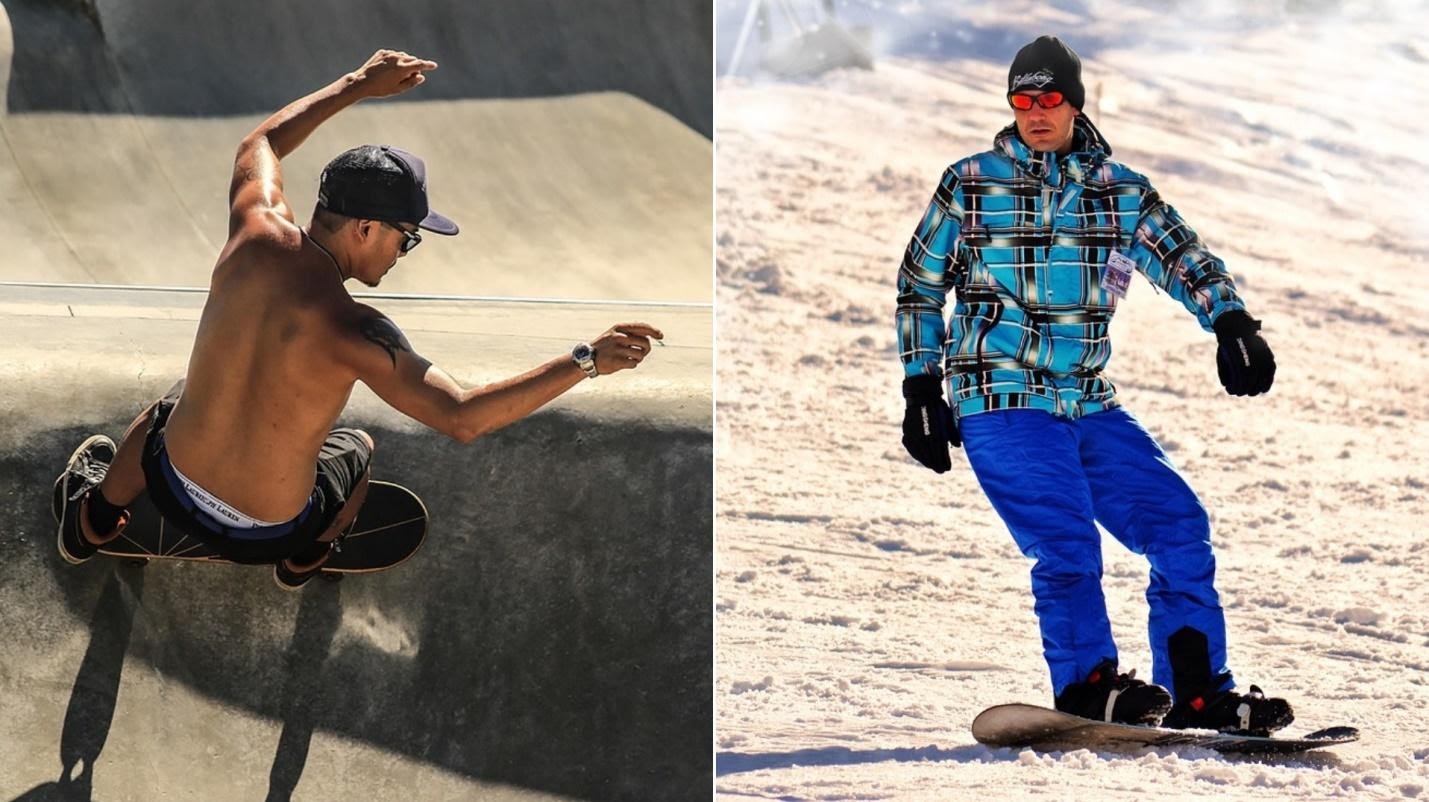 Both skateboarding and snowboarding are sports that are not only very popular but are here to stay for a very long time. And, although they’re obviously different, there are most certainly parallels that we can draw here. In fact, there’s plenty of crossovers if you look at both the fanbase and the more or less serious participants of these two sports.

But with this crossover comes one question that enthusiasts of these both sports may ask – is snowboard wax the same as skateboard wax? After all, both of these are boards and need to be waxed, right? Well, things are far from being that simple.

Yes, technically, you can wax your skateboard with a snowboard wax and vice versa, but that doesn’t mean that you’ll achieve wanted effects. In fact, it’s not recommended that you use skateboard wax for snowboarding. Applying a skateboard wax on your snowboard won’t protect it and it can result in potential long-term damages.

But first, let’s explore the differences between these two types of products and then see why one shouldn’t be a substitute for another.

What Is Snowboard Wax and Why Do I Need to Use It?

If you’re even considering starting snowboarding, you might have realized that this is not exactly the cheapest sport. While you can definitely find some budget-friendlier solutions (such as using snowboard boots for walking), things are never really that cheap if you want to get a remotely decent experience.

And with a relatively expensive sport also comes proper maintenance. What we’re interested in here is snowboard wax, its properties, as well as its intended use.

No matter whether you’re using a brand new board or an old one with visible marks, it’s always recommended that you apply wax to it.

Now, one of the main reasons for using wax on a snowboard (or skis, for that matter) is that it will decrease friction, thus bringing a much smoother and faster performance. This is useful for both freestyle and racing/carving snowboarding and you can’t really imagine a comfortable experience without any wax.

Another important reason for applying wax to snowboards is that it will keep your board safer from any potential short and long-term damages. First off, any exposing rocks or patches of dirt can be quite harmful to your board, and wax can minimize all of the damages. Secondly, you can also do some damage to your board while passing over ice and wax is there to save it.

Lastly, snowboards always have small cracks. Applying wax to it will also seal them and protect your board in the long run, keeping it “healthier.”

There are different types of snowboard and ski waxes. The two main types are “glide” and “grip” (or “kick“) waxes. However, what we’re interested in here are the “glide” types and their main purpose is to reduce friction.

Meanwhile, the “grip” types do the opposite and give you on-snow traction. They’re most commonly used for cross-country skiing, and we won’t talk about them here.

As for the “glide” wax, we can divide it into three main groups:

The so-called “hot” waxes are applied for specific temperature conditions, which can have a substantial impact on one’s performance. There are also “universal” types of hot waxes, which cover all temperatures but won’t be that beneficial to your performance.

The “rub-on” wax is the basic type and most widespread among skiers and snowboarders. The advantage is that you can apply it easily and at any time and it will get you covered for pretty much any conditions. The downside, however, is that it won’t boost your performance as much and its effect isn’t as long-lasting compared to hot waxes.

And finally, we have different high-performance waxes that are used by advanced skiers and snowboarders. They usually come with more fluorocarbon rather than the “standard” hydrocarbon, making them much more expensive. However, they’re also way more useful on wet snow.

How Often Should You Apply Snowboard Wax

Wax should be applied depending on how often you go down the slopes, as well as the way you snowboard. Advanced boarders will apply it after every run, while some beginners or intermediates won’t ever wax it.

However, it’s recommended that you inspect your board every day and look for any patches that might look different. The simplest thing for an average snowboarder is to keep an eye on things and apply run-on wax when you notice that it has rubbed off – you can easily notice its residue.

It’s also recommended that you wax it more often if your board has an extruded base or if you’re going to a different area where the snow properties are different.

What Is Skateboard Wax and Why Do I Need to Use It?

Skateboard wax, on the other hand, is a bit different. Overall, we have the main priorities here, which include keeping the skate safe from any short or long-term damages, as well as enhancing one’s performance.

However, although some may think these are the same types of waxes, here’s the important thing – skateboard wax is actually applied to the surface that you’re skating on. That means that you put it onto rails and curbs and then pass over them with your skateboard in order to fully apply it.

Additionally, you’ll also want to add some of it on your skateboard as well, but only on the parts that will get in contact with the surface that you’re skating on. You can also apply it by holding a skateboard in your hands and rubbing it over the surface in question.

Making Your Own Skateboard Wax and Using Other Alternatives

For making your own wax, you’ll need:

Then turn on your stove or an oven and let it heat for 10 minutes or so. Then put a pot on it with wax and butter (or margarine, or vaseline) and then pour oil over it. Cook it for about 10 minutes or so until it completely melts, making sure that it doesn’t burn.

Once the mixture has melted, pour it into your designated mold and then put it in your fridge to cool off. It should take another 20 minutes or so for it to harden and you’ll have a chunk of skateboard wax ready to go!

Generally speaking, skateboard wax is not some kind of a “special formula” that’s super difficult to make. If you’re too bothered to cook it and mold it, you can easily use a candle or paraffin on the surface that you’re skating on. However, it may be a bit more difficult to apply and you’ll have to do it more often.

You should also know how to remove skateboard wax from the surfaces that you skated on. There are simple wax removers, or you can also use various cleaning products and wash it all off. Additional methods can also include physical removal, although this isn’t exactly the most efficient way.

Overall, you should consider taking the wax off, especially if you were grinding surfaces that aren’t designated for skating.

Why You Shouldn’t Use Skateboard Wax Instead of Snowboard Wax?

Now, here comes the important part – it’s absolutely not recommended for you to use skateboard wax on snowboards. The overall properties are not exactly the same. Therefore, the results that you’re aiming for also won’t be the same.

In fact, applying a skateboard wax on your snowboard can result in potential long-term damages. It just won’t do a single thing about keeping your board safe from rocks, patches of dirt, or ice. It will just easily rub off and it would be as if you didn’t apply anything onto it.

Snowboard wax is intended to keep a firm grip on the board as long as possible, all while making the experience smoother on different types of snow. Skateboarding wax just won’t work well and hold onto your board in these wet settings. Thus, you should avoid using it since it won’t be able to provide the right protection.

But You Can Do the Other Way Around…

On the other hand, skateboarding isn’t that demanding when it comes to general maintenance, performance, and safety. If you already have some snowboard or ski wax laying around, you can use it for skateboards as well.

← Prev: Can You Do Parkour With Glasses Next: Why Do Snowboard Boots Lean Forward →