Why Are Fakie Tricks Easier Than Regular Ones 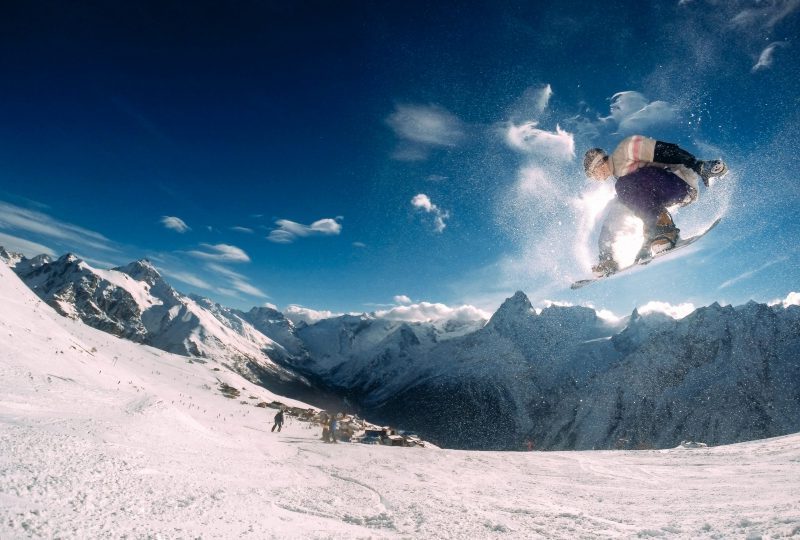 To do a fakie trick, you first need to learn how to ride fakie or switch. Thus, they also require practice, time, and devotion.

Some snowboarders say that tricks with spins are easier, while those involving nollies, slides, and landings fakie give them a hard time. With enough practice, which is the ultimate goal, it will be all the same to you, regular or switched trick.

In this article, we cover this topic and much more to help you get the grip of bot fakie and regular tricks.

Regular And Fakie, Usual and Switched

Riding your snowboard fakie essentially means you’re riding it backward. Boarders also call it a switch. Not just riding backward but also taking a stance that mirrors your natural, comfortable position. It takes practice to overcome the awkwardness, but you have to master it to round-off your tricks repertoire.

Why? Because only you’ll be comfortable with taking off and landing, just as it comes only when you can comfortably ride the board either way.

But first, what does it mean, riding backward? A casual observer may have a hard time spotting the difference between regular and switch riding. It’s somewhat easier to understand what a fakie is when you watch a skateboarder and is very obvious when it’s a BMX rider.

Anyone stepping on the board will take a natural stance. That means your dominant foot will be nearer to the back of the board. Reversing the stance, someone untrained will feel like shooting a basketball or writing with the inferior hand. Unless you’re ambidextrous, meaning that you use either hand or foot with equal dexterity, it’s awkward.

Of course, we can train ourselves to shoot the hoop with the other hand. The best soccer players shoot as if from a cannon with either foot. It took training, and it is the same with snowboarding backward. If you want to master it and even do fakie tricks, you will have to practice.

Setting Your Board Up For Switched Riding

For starters, you’ll need to adjust your stance on the snowboard. On a skateboard, it’s just how you place your feet, but on the snowboard – it means altering the bindings. If you have only been carving, your bindings are probably turned the same way.

For fakie riding, adjust the binding, so you stand on the board with your feet equally far from the front and back ends. The position of your feet should allow you to comfortably bend your knees with your feet set apart a bit wider than your shoulders.

Then set the bindings to face away from one another instead of being parallel. In other words, your front and your back foot angle away from each other. The foot near the front will be in a positive angle and the other one in a negative. The angle doesn’t have to be the same – you will find what’s most comfortable. At least initially, keep the angles of your feet below 20 degrees. You adjust the binding by unscrewing the disk holding it, then rotating it to the desired position, then screwing it back on.

Why change the stance you became used to in regular carving? Because with your feet pointing in the same direction, your body position is biased in favor of looking forward. Angled outward in a slight duck stance, they will allow you to turn more easily as you switch from regular to fakie riding.

After changing the stance, make sure to scrape your snowboard to get the best possible experience.

Find A Slope And Start Practicing

So, now that your board is set up, it’s time to start practicing. And that means learning to ride in the reversed stance, not doing tricks. The first time you try, you may see that it’s not quite like learning from scratch, but also not far.

Pick a reasonable slope and just set off. Remember, it will be awkward, boarding with your feet reversed relative to your direction and set at an unfamiliar angle. You’ll probably need to focus on the stuff you otherwise take for granted. Most of all, remain in a stance, knees and ankles bent, body ready for action. Keep your shoulders above your feet.

The riding mechanics are the same. You’ll steer with your heels and toes, practicing the reaction to catch the board before it slides out or the edge digs in. Even though you mastered this in a regular stance, you’re likely to fall on your behind or forward repeatedly. Focus on maintaining the center of your weight in the middle of the board.

As you begin, make sure to: 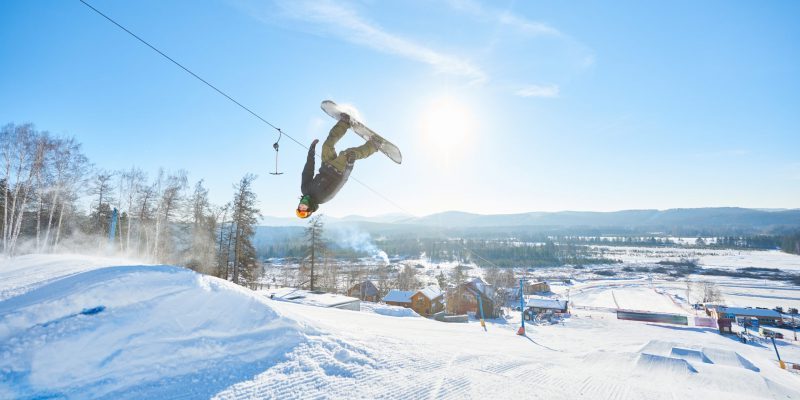 Moving To The Park

It will probably be boring, and you’ll get tired, but you should feel that you’re improving rapidly. If you become too fatigued, change to your regular stance for a while. But continue practicing as much as you can. Once you become more comfortable riding the board in switch on your mild slope, it’s time to change the venue.

After at least one day of practicing and if you’re confident, find a longer and steeper run. Then do more of the same and continue until your carving is surefooted. Only then you are ready for the fakie tricks.

As already noted, a fakie is a skateboard or a snowboard trick you do in regular stance, only moving backward, according to the Skateboarding Glossary. Basically, it’s a prefix for any trick when you do it while standing normally but moving backward, with the tail of your board leading. In other words, if you do a kickflip riding in reverse, it becomes a fakie kickflip.

Once you start practicing tricks, do fakes of what you already know. You’ll immediately see that it’s like learning a trick anew, even more so than learning to ride in the switch. Obviously, it means more time on the practicing slope.

After you improve to confidently switch, carve going, either way, hop fakie and regular, you can run for the park. A snowboarding park or terrain park is a slope with everything you need for tricks. Some are intimidating, but others will be fun.

There you’ll find the rails, boxes, and benches for sliding and jibbing, pipes, wall rides, barrels, and much more. Depending on the park, more or less Everything you’ve seen in shows that spurred you into having a go at tricks in the first place.

Remember, you may have performed some or all of these. But, doing fakie versions is, again, a learn-from-scratch process. So don’t be overambitious. After all, each and every beginner’s trick is a part of more complex stuff that comes later.

So Are Fakie Tricks Really Easier Than Regular?

Some maybe are. And they may be for some people. Once you’ve mastered switch riding, learning a fakie trick is not harder – or at least much harder – than learning the regular. Yet, a beginner or someone who only rode regular first needs to become comfortable boarding backward.

And even then, starting to learn tricks, fakie is awkward. The difficulty level is far from insurmountable if you already know how to ride regularly, but remember what it’s like writing with your weak hand. It just requires enough practice and patience to master switched boarding. After that, doing a trick fakie means just more practice.

In the end, with enough practice, doing the trick one way or another becomes the same to you.

← Prev: Can You Over Scrape a Snowboard Next: Why Do Cyclists Have Skinny Arms - Expert Answers →