When Should You Replace a Skateboard Deck? 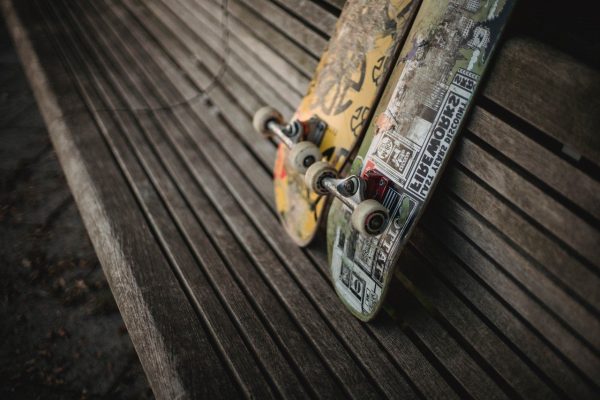 There comes a time in every skater’s life when the skateboard deck must be changed. No matter how emotionally tied an individual is to the item, it seems as though that process of replacement is pretty unavoidable. That’s only a tiny bit of the info we’ll discuss today.

Since you’re reading these words, you might be wondering: man, should I replace my skateboard deck? Okay, that sounds like something your I’m-on-the-same-level-as-you-kids boomer dad would say. However, there are many folks that type that question into their search bars. And that’s exactly how we got the idea to talk about the subject!

It depends on the type of skateboarding you love and how frequently are you riding. If you’re only using your board for casual cruising, it’ll last you for a few years. However, if you’re riding your board every day, doing tricks, and all that jazz, there’s a good chance you’ll have to replace your board every few months.

Now, a preview’s just a preview. It can’t tell the whole story, right? Right. That’s why you should keep on reading!

How do I know if my skateboard deck is good?

Before we provide you with an answer to the main question of today’s article, it’s better we first tackle the usual skateboard-deck trivia. First of all, let’s see how should one know if they’re sporting a quality skateboard deck.

Here’s the thing: a solid, top-quality skateboard deck needs to be light, yet durable and able to provide the skater with the so-called pop. Okay, so what’s a pop? It’s the desired combo of inflexibility and flexibility that enables your skateboard to respond while you’re doing ollies or similar tricks that require you to pop the deck off the surface.

Talking about the so-called skateboard pop, here’s another question that might just pop up!

How do you tell if your skateboard has lost its pop?

Once your skateboard has lost its pop, you’ll eventually notice the gradual change. It will most probably mean that you can’t jump as high as you’ve used to before. The thing is: low, or reduced pop will alter the way you’re doing the tricks big-time (in an overly negative way). Here’s another thing: beginner skateboarders will most likely notice something’s changed slower than their experienced colleagues.

Here’s another one on the subject of skateboard pop. If you’re using an old board, it most likely suggests that your skateboard has lost much of its pop potential. Here’s why that’s so:

All in all: old skateboards do lose pop over time. Exactly how much time they’ll have before retirement we’ll discuss in a few paragraphs ahead.

How to tell when a skateboard deck is bad?

Let’s say you’re out on the hunt for a new skateboard deck. Of course, you’ll want to avoid buying one that just won’t do your imagined skateboarding adventures any justice. So, how does one spot a bad skateboard deck? Sometimes, certain manufacturers don’t really care if their products look real. Needless to say, they’re doing us a favor; we can easily avoid buying their stuff. However, what to do if a certain skateboard deck looks like the real thing?

To answer the previous question: you’ll want to take a look at the price. Most usually, a legitimate skateboard deck will cost you about $35 – $65. Now, if the whole skateboard’s priced like that, there’s a good chance that the manufacturers cut some corners when it comes to the quality of the board. Okay, now that we’ve cleared that one up, it’s time that we begin answering the question that’s on everyone’s mind: when should you replace a skateboard deck? 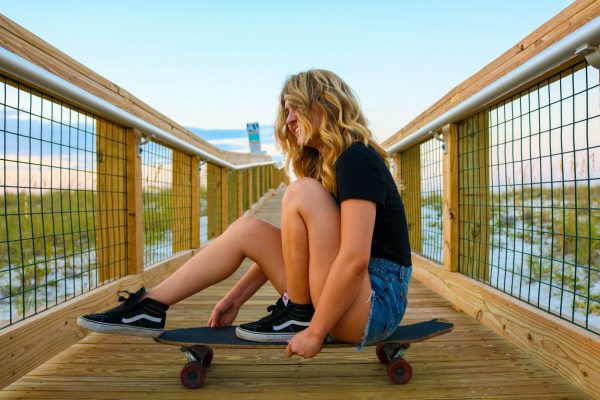 When should you replace a skateboard deck?

When should a person replace their skateboard deck depends on certain factors such as the frequency of their adventures in Skateland and the type of skateboarding they’re accustomed to. Let’s further elaborate on that!

For instance, let’s say you’re skateboarding on the street every single day, for a few hours. That could very well mean you have to change your skateboard deck very often, like once every two to three months. That, of course, is just a rough estimate. We’ll show you late what signs to watch out for.

Are you, by any chance, going out skateboarding just a few times in a single week? If that’s so, you’ll probably need to replace your deck every 4 months. That’s, of course, if you’re practicing tricks and everything that’s related to that type of skateboarding. If you’re just a casual cruiser, there’s a good chance your deck will last you about a couple of years. Also, if you notice each of your decks is somehow prone to breaking, opt for the strongest boards they’ve got in the skate shop.

Here’s another thing: if you’re only used to skating bowls or half-pipes, there are small chances you’ll break your deck. That’s why the it’s-time-to-replace-your-deck moment is as far away as about six to twelve months. Also, if choose to do flips all day long – your board will, of course, chip way sooner.

Lastly, there are two factors that can’t go unmentioned here. It’s the overall quality of your board (we’ve mentioned the issue upstairs) and, you could’ve guessed it, the bad luck factor. We reckon there’s no need to explain why these play an important role in the sport known as skateboarding.

Why’s it so important to change your skateboard deck on time?

You could’ve probably guessed it yourself, but this is done mostly to prevent safety issues obstructing you from enjoying the ride. In other words: if you don’t change your skateboard deck when the time comes, there’s a good chance your board will snape when you don’t want it to happen (during landing). That can create the risk of you rolling your ankle or enduring a pretty nasty fall. And it’s not your own safety you have to think about only, nope.

So, what’s the deal with you not being the only one who can get hurt if you’re the one sporting a soon-to-be-broken skateboard deck? Yup, you’ll need to consider the rest of your skating crew at the park or so-called innocent bystanders (if streets are your skating ground of choice). They can also endure the consequences of your broken skateboard deck since it’s not so uncommon for pieces of it to hit other people’s ankles or shins.

What to do if your skateboard deck breaks?

Well, if you notice the rest of your skateboard’s completely alright, you’ll only have to obtain a new deck. That’s because there’s a good chance your wheels and trucks will outlive your deck. Oh, and if you’re running low on money and don’t have the necessary funds to invest in a top-quality deck, buy yourself a so-called blank deck.

Of course, your first thought might be: ah, but blank decks are downright boring. Well, their looks mightn’t fit your ideal picture, but do know that they’re up to the task and basically good as any other deck. That’s just so you don’t have to unnecessarily take a break from skateboarding.

Now that we’ve discussed the topic of when’s the right time to replace your skateboard deck, let’s see if there’s anything once can do to increase the life expectancy of a single skateboard deck.

How to make your skateboard deck last longer?

Here we’ll show you just how can you make your skateboard deck last longer! So, shall we begin?

Try not to release your anger out on the board

If you’ve ever been to the skate park, you’ve certainly noticed folks throwing their skateboards out of sheer frustration. Needless to say, we’ve all felt like the skateboard’s our least favorable ally. However, it’s plain ridiculous to take it out on your board and potentially shorten its lifespan. That’s especially important when you know that boards aren’t inexpensive.

Trust us, you don’t wanna leave your trusty skateboard in extreme heat. For instance, even though that might’ve happened a few times – try not to leave your skateboard in the car on a hot summer day. That will most probably result in your board warping. That’s what we call the process of the plies your board’s made from twisting because of temperature changes, and, of course, humidity.

Also, try to keep it dry

The next thing you’ll wanna do is to avoid getting your skateboard wet. Because? Because the adhesive that holds the plies of your board together is water-soluble. Here’s the thing: your board gets wet, the adhesive dissolves, and your plies separate, simple as that. It’s safe to say one can imagine that’s not good. Now, don’t panic, there are ways you can fix a waterlogged skateboard.

That’s pretty much it

Alright, so now you’re well aware of the time when you should replace a skateboard deck and how can you avoid repeating the process frequently! For more tips on skateboarding gear and various skateboarding-related topics, you’ll want to click right here!

← Prev: What Skateboard Wheels Should I Get for a Beginner? Next: If I Am 6’2 What Surfboard Should I Use? →