Is Sandpaper Good for Grip Tape? 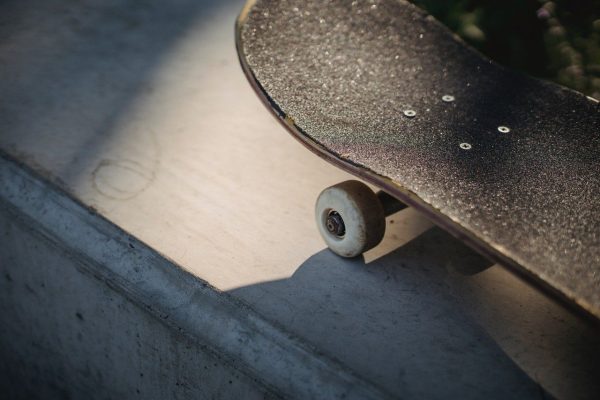 If you’re new to skateboarding, you probably didn’t notice a big difference between sandpaper tape and grip tape you’ve seen on most boards. That’s only natural. At first sight, there isn’t any clear distinction between the two. But, if we were to take a closer look – a whole new picture appears.

If you’re in need of a simple answer to the question proposed by the title, we’d recommend you stick to grip tape instead of experimenting with sandpaper. It’s an easier, more practical choice and it will suit you better in the long run. Standard grip tape is easily appliable, it won’t ruin your shoes or disintegrate after a few runs.

First things first, let’s see why obtaining a quality grip tape is so important among other things. Afterward, we’ll give you a more straightforward answer to the question: Is sandpaper good for grip tape?

Everything you need to know about grip tapes

Grip tape is an essential part of your board, whether you’re a beginner, a recreational skater doing it for the exercise, or a pro. If you’re not a beginner, you know how important a grip tape is to the whole skateboarding experience. But, let’s not get ahead of ourselves.

What’s it made from?

The rough surface of the grip tape is typically made out of silicon carbide. Just like some types of sandpaper, exactly. Its purpose is to add friction between your deck and the bottom surface of your skate shoes. Without it, most tricks would become pretty undoable if not impossible, since the board would probably stick to the ground unresponsive to your efforts.

A short history of grip tape

Let’s see when was grip tape first introduced to the skateboarding world. In the early ’60s, when skateboarding hit the spotlight, skaters used something you could call a proto-grip tape. We’re not talking about skating barefoot, but they’ve done that too. Anyway, they would pour resin all over their boards and mix sand with it to form a combination that got the job done for quite some time. That’s how skateboarding pioneers dealt with the unresponsive board issue.

The next step in the grip tape evolution was the famous and revered pizza tape. You’ll probably hear some senior skateboarders reminiscing about all the shoes they’ve ruined while dealing with pizza tape. If you’re wondering where it got the name, pizza tape had a rocky, rough surface that reminded skaters of… Pizza? That’s right.

Contemporary skateboarders use grip tape not as rough as the one their predecessors used. The size of the grit is not too big (as was the deal with pizza tape, which caused ruined shoes, etc.), nor too small (because the tape wouldn’t grip enough). It’s somewhere in between so it gives skaters more freedom to manipulate the board.

We can differentiate three types of grip tape:

What else is there to say about grip tape?

We might want to mention some grip tape characteristics that make it a necessity for skateboarding enthusiasts. We’ll probably repeat some of the things mentioned above. Why’s grip tape so important?

Okay, we’ve got all the essential grip tape info covered now. Let’s head on to the main question this article proposes: Is sandpaper good for grip tape?

Without grip tape, many of the breathtaking tricks we’ve seen done by skateboarders wouldn’t be possible.

So, is sandpaper good for grip tape?

As we’ve mentioned at the very beginning, don’t expect us to encourage anyone to use sandpaper instead of regular grip tape. We didn’t use those words, but still – you get it. To prove our point – we’ll gladly show you why we think sandpaper isn’t a good substitution for grip tape. Stick around.

First things first: Why would you do that?

No, seriously. Why would you go through all the trouble of applying regular sandpaper to your board when you can easily find a cheap, yet very good grip tape for $5. It kind of doesn’t make sense. On the other hand, everyone knows people attracted to extreme sports (especially skaters) like to experiment. Still, in the text below we’ll show you why that would be just silly.

Let’s say you still want to continue the sandpaper experiment. How will you stick the material (you can easily find it in your local hardware store) to the surface of your deck? You’ll have to glue it yourself using whatever superglue you might come across while searching for sandpaper in the store we’ve mentioned in the previous sentence.

Example number two: you’ve discarded the whole sandpaper episode, and bought yourself a standard piece of grip tape. You’re eyes gaze at the wonder: the grip tape comes with a tough adhesive on the back. Not only that, but it’s fairly easy to stick on to the board. You won’t have to worry about trapped air bubbles or something since most grip tapes have tiny perforations that prevent that from forming.

Still, if you want to try out the first version… Okay, we’ve said there will be no encouragement.

Sandpaper is not so good for your skate shoes

Remember when we talked about pizza tape, and how many shoes were ruined because of it. Well, the same will probably happen if you were to apply sandpaper to your deck instead of using regular grip tape. When brands manufacture their grip tape, they have in mind someone will use it for a certain purpose (i.e. skateboarding).

Yes, skaters are well-known for doing weird things with their shoes, but that’s not it.

While your standard grip tape will last for months, sandpaper tape will flake during the first few runs you have with your sandpaper-backed board. At least that’s what you’ll hear from every skater ever.

Nope. The layer you’ve applied will probably be ruined after it gets in touch with some water. Luckily, that cannot be said about standard grip tape which is far more water-resistant than sandpaper.

And while we’re at it: if you’re curious whether it’s possible to fix a water-clogged skateboard, feel free to click on this link.

It all ends with a joke

Lastly, we’ll give you an argument that you cannot dispute. Well, because there’s nothing to dispute, and it’s not really an argument. Anyway, one Reddit member posed a good question we’ll try to paraphrase here: one shouldn’t ask oneself whether he can use sandpaper as grip tape, one should ask oneself whether grip tape can be used instead of sandpaper. That’s a story for another article.

Let’s do a quick walkthrough

Now that we’ve gone through every single argument in favor of avoiding sandpaper as grip tape, let’s do a quick walkthrough. Firstly, let’s cover some basic facts about grip tape:

Okay, and how about some arguments for using grip tape instead of experimenting with sandpaper:

A conclusion to the sandpaper dilemma

So, there you have it. If you’ve ever wondered is sandpaper a good substitution for grip tape, now you know the truth: it’s not! We hope we’ve provided you with enough arguments to trust us on this one.

← Prev: Why Do My Feet Go Numb In Snowboard Boots? Next: Can Bungee Jumping Help Your Back? →