Is Skateboarding Better Than Running 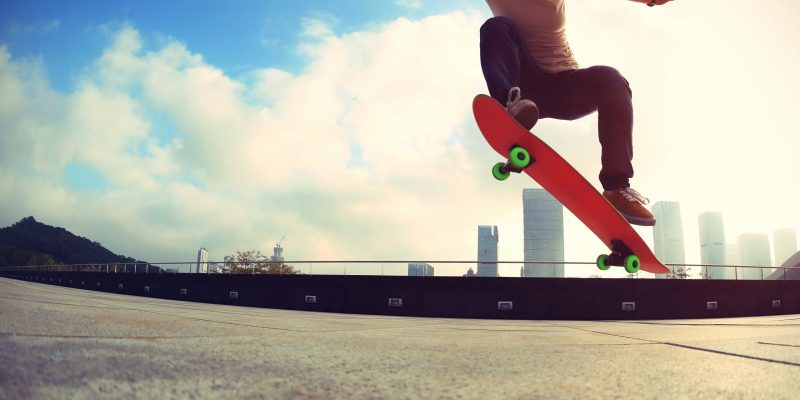 Skateboarding is a great workout for both your body and your mind. For many people, it’s the only sport that really takes their minds off of everything. When they’re skating, they don’t think about their work or everyday problems.

Sure, there are risks and rewards involves, injuries happen, but above all, it’s so much fun. Others experience that when they’re running.

Skateboarding is considered a moderate-intensity aerobic exercise, but is it more effective than running?

This is highly dependent on you and your preferences. Skateboarding does miracles for your core strength and flexibility. But, both sports are great physically and can help you stay fit and healthy.

Read through this article to find out more about the pros and cons of skateboarding and how exactly it is different from running.

A Short History of Skateboarding

Although it has (relatively) almost gained the public’s attention, skateboarding has existed since the 1950s. Unfortunately, there is still no reliable data on who was the first to screw wheels on a wooden board. It is widely believed that skateboard is a simultaneous and spontaneous creation of several people from California.

The popularity of skateboards grew until 1963 when companies such as Makaha began organizing skateboarding competitions. Its popularity further grew with famous skaters like Woody Woodward, Torger Johnson, and Danny Bearer and the invention of freestyle skateboarding.

Around 1965, the skateboard became passe and moved to the attics and basements to wait for better days. Those who continued to skate were using clay wheels they glued to the boards.

It was thought that a skateboard would never regain its popularity, but it all changed when Frank Nasworthy, the founder of the Cadillac Wheels company, introduced the polyurethane wheel to skateboarding. This was only the first of the innovations that will follow and transformed the skateboarding of the 1970s into skateboarding as we know it.

In 1975, a slalom and freestyle competition was held in Del Mar, California. It was here, at the Ocean Festival that Team Zephyr (Z-Boys) showed some tricks that are still in use today.

Team Zephyr is important because they added a strong line of rebellion against mass culture. This has become the core of the modern skateboarding lifestyle. In 1978, Alan “Ollie” Gelfand set foot on the back of a skateboard, jumped with the board, and remained in the air for a few milliseconds.

Rodney Mullen continued developing ollie and introduced several combinations. Mullen is now considered the inventor of the new street skateboarding., Ollie and “ollie” were inducted into the Skateboarding Hall of Fame in 2002. Today, there are many tricks that help you ollie higher.

Is Skateboarding a Sport?

This is an ongoing debate, but an increasing number of people consider skateboarding a freestyle sport. Although it is primarily done for recreation, it is thought to be encouraging confidence and self-discipline. On the other hand, many skateboarders don’t think it should be called a sport. Let’s see some fors and againsts.

Why Is Skateboarding a Sport?

Why Isn’t Skateboarding a Sport?

Besides, different styles of skateboarding (depending on the path) support its treatment as art. Skateboarders are also referred to as “famous”, not the “best,” which is typical of other (true) sports.

Some people (usually not skateboarders) refer to it as an “extreme” or “hard” sport, but it solely up to one’s practice and skill. 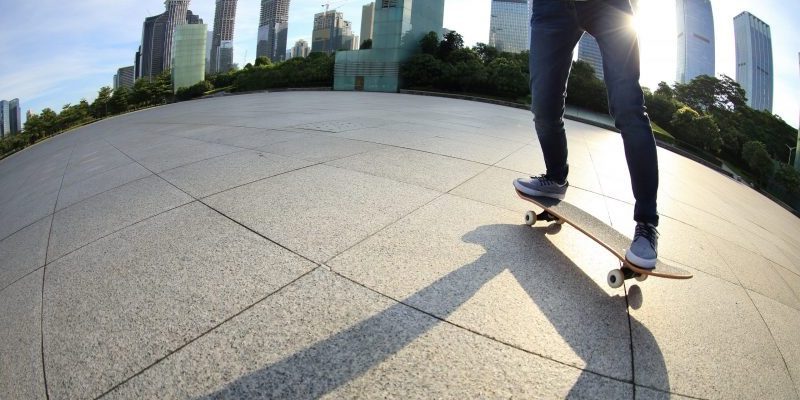 Skateboarding in the Olympics

Skateboarding is going to make its Olympic debut in the upcoming 2021 Olympics in Tokyo as one of the new sports. It will take place in two disciplines – park and street. The overall marking will include the degree of speed and height, as well as other subjective factors.

In the street competition, the players will have to pass a straight street with stairs, curbs, handrails benches, slopes, and so on. As for the park event, it will involve a series of complicated curves, like dome-shaped bowls with very steep slopes.

Unlike other sports, skateboarding competitions will hold separately, with each competitor performing individually. The fact that it was added to the Olympics may add to the confusion in the debate “is skateboarding a sport like others or not?”

Skateboarding Is a Great Exercise

Various prejudices notwithstanding, skateboarding is increasingly recognized as a sports practice. True, there are certain risks involved, but skateboarding is also a great exercise for the legs. It’s fun and even older people can skateboard.

Moreover, skateboarding involves many benefits that should not be neglected. The physical pros include, but are not limited to the following:

Whether you’re walking in a park or find yourself on a college campus, you’re very likely to see many skateboarders and runners. While shorts and running shoes are still the runners’ basic equipment, skateboards have evolved – most notably into the longboard.

The longboard has become extremely popular among mature skateboarders. This is because they prioritize the softer ride over the standard trick skateboard.

Both skateboarding and running are great exercises. We do give preference to skateboarding in this article but do not imply that running is worthless. Both running and skateboarding can help you lose weight and stay fit.

Pros and Cons of Running and Skateboarding

When you run, your feet absorb the impact when you hit the ground. But when you’re skating, your skateboard absorbs as much as 50 percent of the impact each time you land. Your knees and ankles will not be greatly impacted because the frames and wheels will amortize the impact.

Basically, it means that you can skateboard without further damaging your joints. Besides, most skaters argue that they can skate longer than they can run, resulting in more intense calorie burning.

So, if you are weighing between skateboarding and running, let us share some of the benefits of skating as a sport:

← Prev: Can You Fix a Waterlogged Skateboard Next: Why Do My Knees Hurt After Roller Skating →