Do Pros Use Step On Bindings? 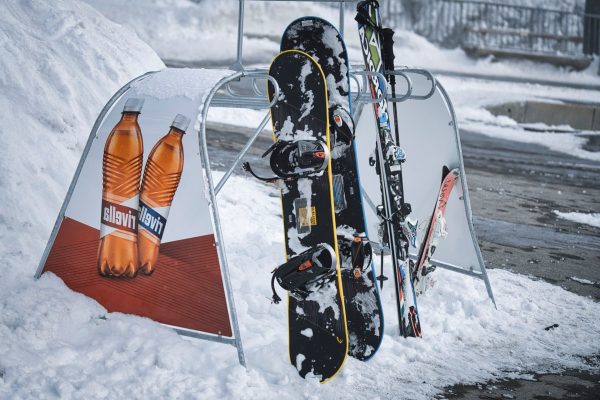 From the beginning of snowboarding as a sport, bindings functioned in a simple way: put a foot in each of the bindings, bend and tie two, or (sometimes) three times, buckle over the boot and fasten them. Bindings are an important part of snowboarding for the simple reason of connecting a snowboard with the body.

The boots and bindings can be different and not every boot will fit every binding. The best solution is to buy them together when shopping for winter sports equipment. Another thing to keep in mind is to learn which type of riding style you prefer. This way it will be easier for you to determine the best possible combination. When it comes to professionals and the type of bindings they prefer, the general and honest opinions may vary.

In the last few years, step-in bindings have come on the scene. An alternative to traditional bindings, the step-in system gives boarders the option that skiers have, which is to simply put a boot in the binder, then press with their foot, and with a simple click the boot is attached to the binder.

In most competitions, professionals will use sportswear from their sponsor, including Step On bindings, as part of their contract agreement. Of course, we don’t want to reduce the effect some personal preferences and freedom have. Still, the first sentence is a bit close to the truth – as is the case with every professional sport nowadays.

For most people, the choice between the plain strap and step-in bindings makes it difficult to decide which bindings to take, or which bindings are better for them. Because of this, it could be beneficial to learn what are the pros and cons of both forms of tying your feet to that wacky thing called a snowboard.

Standard snowboard bindings are strap-in bindings. They consist of a base and are fastened with clasps over the boot to secure your legs.

You can buy boots and bindings separately. Strap bindings are the simplest in design and the easiest to fit different models, and that’s exactly where their advantages lie. Additional tip: if you’re new, make sure you know the difference between snow boots and snowboard boots.

Any boot can go in almost any binding, so you have a much larger selection of models and prices. A greater selection of boots means a lot because finding a good boot is very important for good snowboarding. A larger selection of boots raises the chance that you will be able to find the perfect fit for your boot. Now, depending on the budget, it is best to try and accommodate the best and most well-fitted option within a reasonable price range. ,

It can take forever to put them on and take them off. The ease with which you can fasten the bindings is a great thing, although, as we’ve said, it’s a bit time-consuming. Nevertheless, it seems that the feeling of strap bindings, i.e. the ability to tighten as desired and an overall sense of security carries points for them.

Step-in bindings, as their name serves them, are fast and simple. Step in the bindings and start riding.

The bindings are harder, but some people prefer them like that because they provide a better response edge to edge. In addition, they are pretty simple to maintain.

Skiers who try switching to snowboarding are very hard on giving up the easy clasp system of step-in bindings, which is why they choose them for a snowboard as well. Another passive addition is that the boots are harder for these bindings and you feel completely protected when it comes to your feet.

Boots are harder for step-in bindings. This means that it is harder to do tricks because there is more pressure on bending your ankle and foot. There is also the fact that the choice is quite limited because the boots and step-in bindings need to be purchased together because most models cannot be combined amongst themselves. Finally, when the prices are compared, the step-in bindings and boots are of higher value on the market.

Get in the boot by pulling the highback down and simply push it into the binding and return the highback. Flow bindings have become more popular lately due to the light wearing of bindings and boots, and also due to the feeling of greater security. The only drawback is that they are harder to adjust, unlike strap bindings.

They look like a metal plate on a snowboard. They are also called armor bindings and consist of a solid base, steel buckles, and levers for heels or toes. This type of binding is used in combination with hard boots or bulletproof materials that attach to buckles. With a small lever, the boots are firmly attached to the bindings. Plate bindings and boots are most often used by alpine or race boarders who need extra control at the edges.

What else do I need to know?

Snowboarding combines the attractiveness of surfing and the technical perfection of skateboarding. But before you finally get on board, read a few basic instructions.

First, you need a snowboard. You can basically distinguish between two types of snowboards that essentially dictate your board driving style. Freeride snowboards are designed to be enjoyed on snowy slopes, and people usually use freestyle boards for everything you can often see on TV screens: jumping, performing characters in snow gutters (half pipes), and, finally, no less important, to demonstrate the latest fashion. Most snowboards belong to one of these two types, which is good because they are designed to suit most beginners. Unlike freecarve boards and snow slalom boards, the back is bent just like the front.

To be able to attach your legs to the board, you will also need bindings. Most of them are very similar in shape, and they consist of a base plate and tensioning belts. Unlike the bindings we see on alpine skis, these bindings do not allow you and your snowboard to roll separately when falling and rolling on snowy slopes, but, of course, when you want, you can separate your feet from the board. Primarily so that you can push off on flat surfaces with one foot. Slightly perfected bindings have rails instead of the base plate, which means that you fasten the shoe directly to the board and thus achieve greater safety and control in curves.

Yep, you’ll also need shoes. Just like mountaineers have to wear special shoes, snowboarders do too. The most proper are those that seem to be inflated, durable, in which your leg looks incredibly small. They are made of different materials: from the highest quality, which prevails in the world today, to good old leather. When you buy them, make sure they are one size larger than the shoes in which you arrived at the store.

If you have concluded that the prices are too high when purchasing new snowboard equipment, we will tell you that this is by no means a good excuse not to taste the sport. In most ski resorts, the equipment can be rented and there is always the possibility of purchasing or buying used equipment. You will surely find what will suit both you and your wallet, first of all in specialized stores. 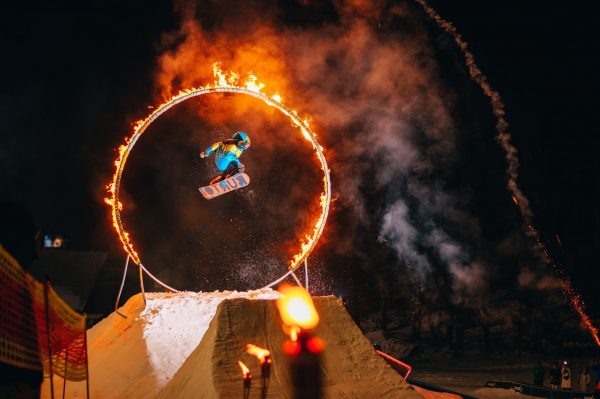 So, do pros use Step On bindings?

There is no standard in the sport and the type of bindings professionals should be using in their competition. It comes down to personal preference, availability in size, and the products the snowboarder has with a certain company. With professionals and equipment, it all comes down to promotion and business, as the main goal of competition for brands is to invest in future sales by sponsoring the players.

Let’s sum it up. As you can tell from the paragraph above, the answer is both a YES and a NO. They use gear that will promote their sponsors. But, let us never underestimate the power of personal preference. When it comes to Step On bindings, you can say it like this: some pros use them, some don’t. Easy as that.

Is snowboarding getting enough attention?

In recent years, snowboarding has become a planetary hit that gathers more and more winter sports fans all around the world. The story of snowboarding and the large number of variations that this sport contains will give an opportunity to all fans of this snowy sport to get to know it, learn the basic rules, and enjoy it.

Why’s it so popular?

Snowboarding is not a fashion hit, an eccentricity, or a sign of social status. what makes it unique is the free ride and the opportunity for each competitor to express their own individuality. Unlike skiing, snowboarding does not require much routine and intensive coordination and is, therefore, faster and easier to learn. Yet what is dominant when choosing between snowboarding and skiing is the style and lifestyle that this sport entails. What especially attracts young people is the challenge and the need for new experiences.

Snowboarding is a challenge and synonymous with riding in deep snow and untidy trails. That’s why it’s important to build good technique, and each competitor brings their own style to the snowboard elements over time. For all that, of course, it takes time. As more and more difficult trails are conquered every day, so the desire for snowboarding is stronger until riding grows into a real passion.

Famous rock bands and DJs are often guests at various snowboard events, and their performances make the program more interesting. Snowboard races around the world are accompanied by a great selection of music ranging from techno, house, hip-hop all the way to the latest electronic music production. The goal of this novelty is to bring freshness to the established forms of fun on the snow and create a specific and recognizable ambiance in which everyone will have a good time.

← Prev: Are Expensive Snowboards Worth It? Next: Can You Use Surf Wax on Snowboard? →