Are Expensive Snowboards Worth It? 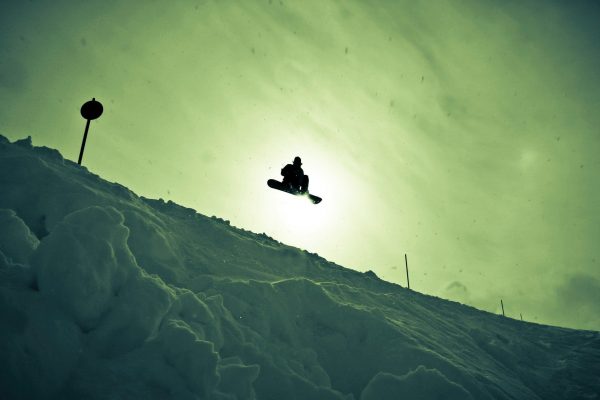 Imagine you’ve decided to buy your first snowboard or want to replace an old board with a new one. Let’s say you step into a snowboard shop and find yourself in a situation where you can’t tell the difference between boards, except the one in price and/or design. You probably think snowboard boots and snow boots are identical (and here’s why they’re not). Learning about the differences between cheap and expensive snowboards can help you determine your budget.

Materials used for making boards are exposed to snow and other wet conditions, implying they need to be resilient. Manufacturing does cost, snowboarding gear is expensive, but investing in a quality board is one step closer to complete safety. Knowing more about it gives you an advantage.

If you’re an absolute beginner or a recreational snowboarder, there’s no reason to waste money buying yourself an expensive board. Any mid-range priced snowboard will do the trick for you. On the other hand, it’s only natural that professionals will benefit greatly from the advantages some high-priced boards are known to have. That’s called a career investment.

Pinpointing who and when invented the sport of snowboarding is practically impossible because people have always liked to go down the snow slope with this or that device. There are countless ways to enjoy the snow, as you already know. People will make something resembling a snowboard out of a container lid, for example. But, let’s take a look and see what do history books have to say.

History of the snowboard

Of great importance to the history of snowboarding is the breach of surfing, skateboarding, and skiing. The origins of snowboarding can be traced back to the early 1920s. The children snowboarded from various deacons and went down the slope.

In the late ’50s, various sportsman profiles of surfer skateboarders began to transfer and use their knowledge and skills in the mountains. During that time, they used hand-made boards that were built from wooden materials.

There have been major attempts to develop modern snowboarding. In 1965, the Snurfer (derived from the words “snow” and “surfer”) appeared as a children’s toy. The two skis were tied together and a rope was tied to the front end, which enabled steering and stability. Over 50,000 Snurfers were sold in 1966, but that product was always seen only as a children’s toy.

The year 1969 brought a slightly more advanced snowboard that was based on the principles of skiing and surfing. Flying Yellow Banana was developed in 1977. The banana was like a skateboard and was covered with plastic on the top. At the time, it was considered a real breakthrough in snowboarding.

Everything started to expand and was considered a little more serious when Jake Burton Carpenter started making new boards using the most modern and up-to-date materials and techniques practiced by the most famous ski equipment manufacturers at the time. Jake had a vision: to bring the snowboard closer to the world. In the early ’70s, he began by shaping wooden planks, attaching rubber bands to them that acted as embroideries. That vision of his evolved using various tips he received from the boarders. Soon, Burton introduced boards made of composite materials and designed for different driving styles. Today Burton is the no.1 brand used by snow-related spots lovers worldwide.

There was a belief that it was not safe to allow skiers and boarders to ski on the same trails. During the ’90s, snowboarders were not allowed to ski with skiers in most of the world’s ski resorts, except in America. Eventually, time showed that this division was not justified and that there were no problems in letting skiers and boarders on the same track in terms of safety.

After it was recognized as a sport more people have shown interest in snowboarding and it has grown in popularity over the past few decades. Understanding the manufacturing process and parts of the snowboard will give you an idea of what to pay attention to when a retailer approaches you next time in the sports section. 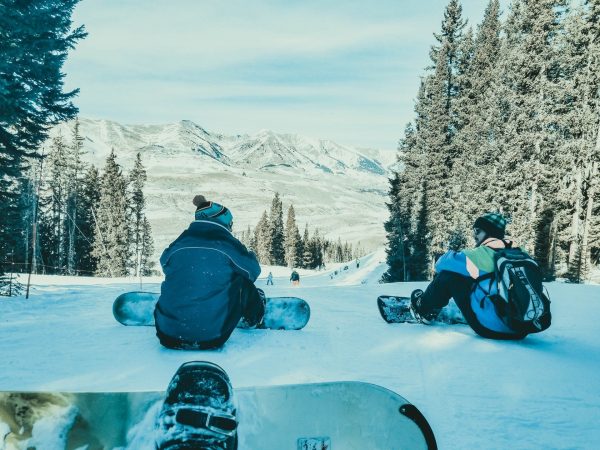 The basic construction of a snowboard consists of several layers of different materials. At the bottom is a polyethylene crust or P-tex that gives a slippery base on which wax is later placed, to make the board glide more easily through the snow. Trimmed with steel edges so that the board drips better into the snow while making a bend. The next layer is fiberglass reinforced with plastic that gives strength to the board, followed by the core mainly of wood, but in mass production, foam is also used, these layers form most of the board. Another layer of fiberglass goes to the top of the core or to the highest layer, followed by a protective layer of thin plastic, which serves well as a base for graphics, and protects other layers from water.

There are three things you also need to pay attention to. Weight, board strength, and vibration congestion.

Light boards give a feeling of liveliness in the legs and it is easier to perform tricks. Therefore, the weight of the board is an important item and due to the board being heavy or light, the price can differ. Rookies should avoid boards that are very heavy. If you’re one of them, find something between price and weight, between pocket depth and snowboard needs. Don’t spend a lot of money if you’re only a beginner or if you plan to go snowboarding recreationally, every once in a while.

With higher price range boards, the board designers will add more strength to the torsional (middle) part of the board (seen in flexibility) which increases the chance of a better curve or bend during fast bends. Boards that bend more are better for learning, but if you are more aggressive in other sports, it is recommended to take a slightly firmer board from the beginning of your skateboarding adventure.

Snowboard designers can improve the performance of the board itself by adding a variety of materials that would reduce the vibrations that go through the snowboard. Vibration damping helps when driving on hard snow or riding hoopers, mainly in situations where the board starts to throw you in all directions, and when driving you have very little control over the board, this is what “vibration dumping” is for. boards. The middle and high-class boards already have some kind of vibration damping with some increase in the price of the board, but with cheaper models, you won’t find that option.

Today, there are a very large number of snowboard manufacturers in the industry. Some of them have remained at the very top in terms of quality and innovation from the beginning until today, but some only take advantage of the popularity the sport has due to high earnings.

When it comes to expensive snowboards, we’ve made a list of some heartbreaking models and prices to make it easier for you the next time you peak in any sporting equipment store. Grant it that these are models that are either celebrity or vintage, but the prices are really up there.

In the end, are expensive snowboards worth it?

There is not much technology that makes a difference between a really expensive board from one that is in the middle when it comes to budget. Carbon fibers and Kevlar stringers can add some value and raise the price, but the materials are easily accessible and cheap.

Newer shapes are higher in cost as they are made from materials like high-end sintered PTEX with stronger, or lighter, PTEX-y weaves. All of these segments increase or decrease the value of the final product. Some manufacturers will experiment with the grain direction of the wood staves in the core to achieve a certain feel on the board. In the end, the most high-end pieces of equipment are mainly intended to drive the market value even higher for all products. The technology has not changed much, but it has significantly improved.

Now, whether or not you need to spend a small fortune on good equipment is entirely up to you. Professional skaters need to invest in their career, but for seasonal borders that do it from pure pleasure, the ones that are in the middle of the price range between low and high will do the trick. Remember to do detailed research on your snowboarding equipment and try to understand a little more about each piece and how it is properly used, i.e. why snowboarding boots lean forward, or what type of bindings you need. This is based on the presumption that you know your boards, prices, manufacturer, maintenance, and quality. It is a condition to ensure the longevity of any type of board.

← Prev: Can You Climb in Approach Shoes? Next: Do Pros Use Step On Bindings? →