Why Do Snowboarders Wear Hoodies 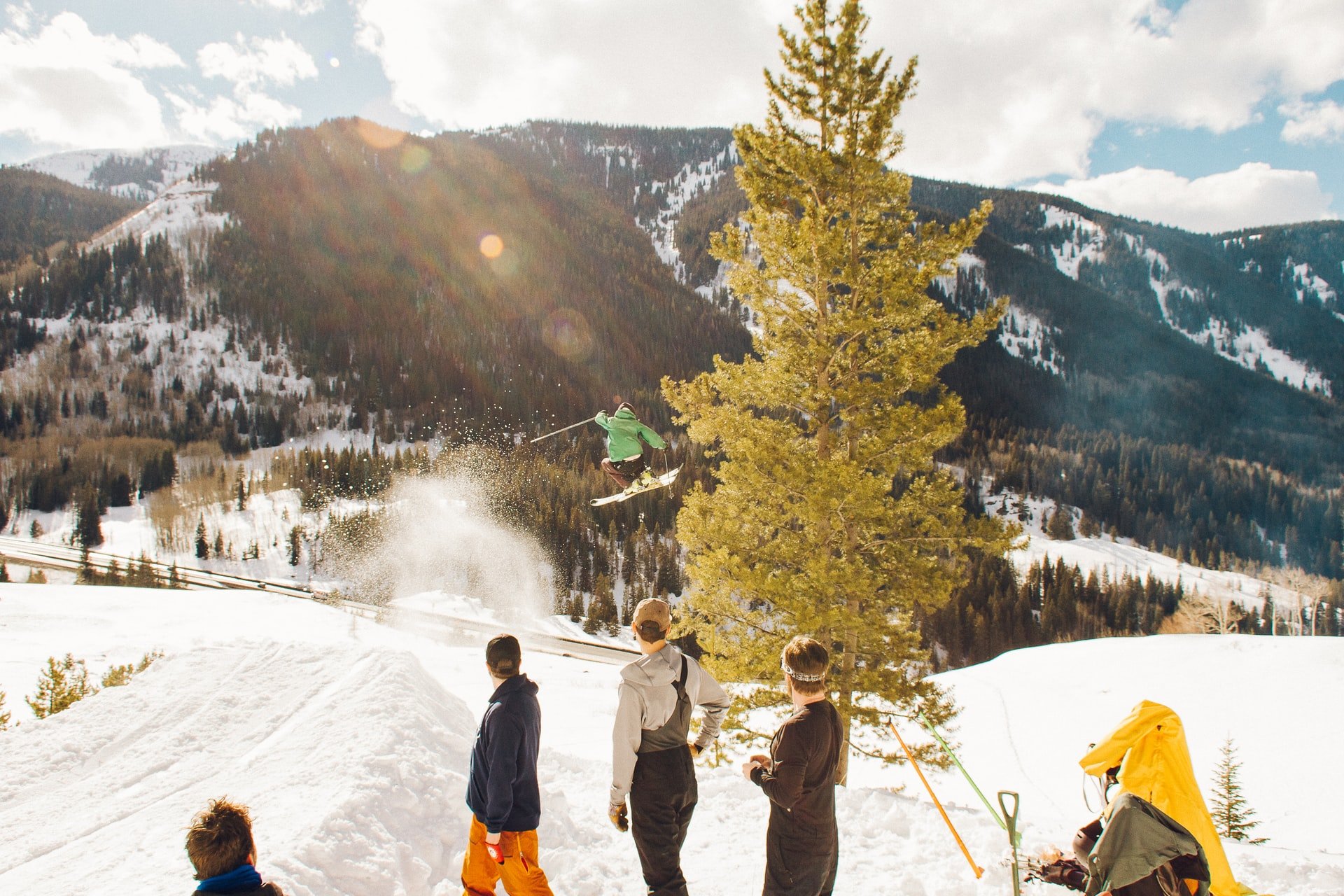 Wearing hoodies came back trendy, but there’s significant misinformation circling that might compromise your health and overall immunity.

For most snowboarders, hoodies are just a fashion statement. However, there are some who wear hoodies suited for snow as they provide thermal insulation and protection against moisture and wind.

Hoodies suited for snow are made from materials that are waterproof and can keep you warm. Try wearing a regular street hoody while snowboarding and there is a high chance you will get wet, cold and spend most of your days on the mountain indoors drinking hot tea and wiping your nose.

Snowboarders Wearing Hoodies – Is it just a trend?

Whenever people start asking people on virtually any topic, the results are confusing and mutually exclusive. The same goes for the debate on ‘hoodies while snowboarding’.

On one hand, hoodies seem to allow more flexibility and movement. But snowboarders use regular hoodies, with no fancy materials which means that they are secure at what they are doing, or are extremely young. In many situations, both cases are facts.

An old mom is saying ‘If everyone is doing something, it doesn’t mean you have to do it. The moment of individuality, and common sense during cold days will allow you to enjoy the winter season to the fullest.

More experienced riders will wear a hoodie, but only on warm spring conditions when the sun is warm and reflecting off the snow. Even then, it is a good thing to consider to at least wear a good insulating piece of clothing under the hoodie, in case it gets wet it does not penetrate through to the skin.

Wearing waterproof layers underneath the hoodie is a bit redundant according to some snowboarders because it does not offer that much functionality. A cold wet shirt over a waterproof material will limit your movement, and the general idea behind the baggy clothes is to be able to move more freely.

This means that functional clothing works in layers and should be stacked like this from the inside out:

The History of Hoodies

This clothing item has had quite a transformation over the years. The hoodie, also known as a hooded sweatshirt, has traversed many fashion trends. The significance and rich history it had just might be the reason why people today like to wear it for ‘the looks’. In this segment, we will cover the basic outline of the history of the hoodie, in an attempt to define when and where they became popular for snowboarding.

The first popular appearance of the hood showed up during the 12th century in Europe where monks wore hooded tunics (cowls), and workers who worked outside used to wear hoods attached to their capes to protect themselves from rain and snow (chaperon). In addition to that, modern named hoodies are of Anglo-Saxon origin, where the ‘hood’ is derived from the old English word ‘hat’ providing the name with a clear purpose.

A little bit before the hoodie became what it is today, sportswear and outdoor workwear were being massively developed in the United States. The brand Champion started producing sweatshirts with thicker materials, like French Terry cotton, and added the hood on it to keep upstate New York workers warm.

In the coming years, Champion and Russel Athletic started supplying the English and US military with sports kits that included hoodies for exercise. Soldiers being soldiers started wearing them for leisure as well.

After a few decades, the hoodies came to universities and they started printing their names and logos on them during the 60s and 70s. This was an important step for this garment to become even more popular even outside the US.

When the 70s came in New York, hoodies were used as practical clothing garments. The hip-hop culture was developing along with graffiti artists who simply used the hood to hide their identity from the police while illegally tagging public property. This backfired on the symbol and expected social status for people who enjoy leisurewear, and in some societies even does to this day.

Coming Towards the End of the Century

The hoodie made an iconic comeback in 1976. when movie Rocky came out, wearing his hooded sweatshirt. Silvester Stallone (the main actor who played Rocky Balboa) wore a grey hoodie in most training scenes, becoming known worldwide for that look.

During the 1990s hoodies became more commercial when hip-hop unearthed other alternative subcultures, where you have skaters, rollers, and other urban sporty activities that require wider clothing that allows them more movement.

Newer generations embrace the latest cultural trends, as a specific clothing item or model, can be used as an inspiration to adapt it to one’s personal needs. Young people who love skiing are sporty types, and probably enjoy skateboarding or some other urban activity that comes as a substitute for snowboarding during the summer season.

The Material Dictates the Purpose of the Hoodie

Hoodies can be made from different materials. Depending on their quality, and if they have cotton, polyethylene fleece, synthetic fabrics (like nylon and polyester) hoodies can serve a different purpose. It also depends on the additional coating, whether they are external or sewn on as internal membranes.

If you want to have a hoodie suited for snow, you need to define your expectations from this clothing item and based on that look for the proper wear.

What to Wear on Snowboarding or Skiing?

We have already provided you with a list of layers you need to consider, but when it comes to wearing clothing and footwear for snowboarding there are a few more things to consider. Each body part requires a specific type of clothing specifically designed to contribute to general safety and comfort while snowboarding. Do your homework before going on the slopes and be properly prepared.

Attire for the upper part should be designed and worn so you feel you can breathe easily but are still snug and protected from the wind, water, and other elements you might come across.

There are many options, among which the most popular ones are the snowboard or ski jacket. This, combined with the three layering techniques, will keep your upper body nice and warm, keeping your lungs safe from any respiratory distress.

There is not much difference between the approach on how many layers you need to have on the bottom. Breathability and protection, but mobility around the knees is what you need to focus on when getting clothing items for the lower part of the body.

Snowboard or ski pants that are waterproof and cover the boots should be the best option. Keep an eye out for those models that have zippers on the side, as they make putting them on much easier, and zipping them down more snug to the boot.

Don’t play with fashion and stay away from jeans, as they will hinder your flexibility. If you want to stand out among others, consider dying your snowboard pants. 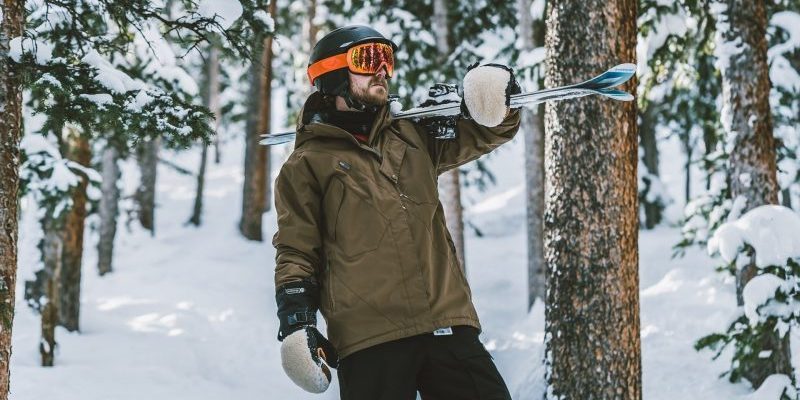 So, Why Do Snowboarders Wear Hoodies?

Hoodies seem to be more of a fashion statement than a functional piece of equipment when it comes to snowboarding. However, it is highly advisable to mind the temperature when dressing.

During springtime and the temperature goes from 4 degrees Celsius and up, you have the most common spring temperature. The snow starts to melt vaguely and the slopes are more slippery.

Sometimes it can get quite warm, so you should not risk becoming too sweaty as you are far more likely to catch a cold like that. You can choose a simple T-shirt and hoodie, but if you fall, and get wet don’t waste time and go change into dry clothes.

On the other hand, if the temperature is running colder, replace the T-shirt with an average weight thermal fabric and you are good to go. Get your practicality over fashion, as snowboarding is awesome all on its own.

← Prev: How Long Do Motocross Boots Last (And How to Buy a New Pair) Next: Is It Normal For Skis to Rust (And How to Maintain Them) →