Rope Climbing vs Pull-ups – What’s There to Know? 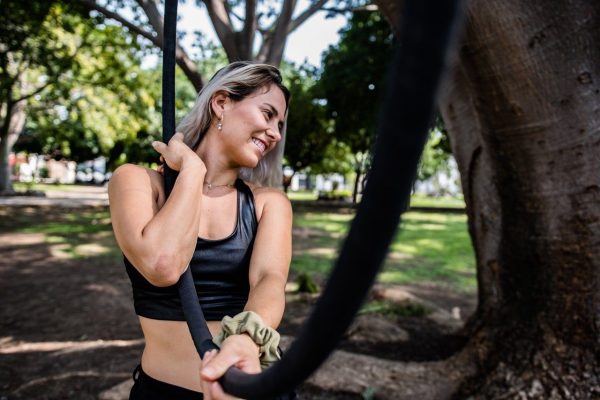 Are you getting ready to start working out regularly? Wondering what might be an ideal exercise for you? If your answer to both of these questions is a loud & clear YES, then we’ve got something to talk about.

In the text you’re about to read, we’ll gladly introduce you to two ways of working out that will most certainly fulfill your needs in this way or another. We’ll show you some pros and cons of both rope climbing and pull-ups, two wonderful methods to stay in shape.

We might avoid pronouncing a winner in the rope climbing vs pull-ups match. In the end, you’re the one choosing the ideal physical exercise for yourself. It’s more or less like figuring out if skateboarding is better than running. To be completely honest, we’re still negotiating whether or not there’s a victor here, so… Anyway, stay tuned!

Both training methods will do wonders for your upper body muscles. Also, they both boost self-confidence and mental health en général. There’s no easy way of telling which one’s better. Although, some experts give rope climbing an advantage because of the sport’s dynamics. Anyway, whichever exercise you choose, make sure you don’t overdo it.

Besides rope climbing and pull-ups, here are some other examples of this type of training:

These are also called lat builders since they take the lats on a trip through a whole set of motions, hammering them pretty hard. Vertical pulling exercises are also great for your bicepses, forearms, rear delts, and other muscles that constitute the mid/lower back.

Now, let’s take a look at one of our contestants!

There’s a really neat story tucked between the pages of an old book on sports history. If you’ve stumbled upon a chapter called Rope climbing – an Olympic sport no more, you might know the event which we’re about to describe. Also, there’s no history book with a chapter called like that. Still, the story is, nonetheless, completely true.

Originally, the first Olympian rope climbers were judged on both style and speed. At the beginning of the XX century, rope climbers just had to race to the top. And now – the story!

It was the year 1904. St. Louis had the honor to host the freshly resurrected Olympic games. Rope climbing – still an Olympic sport at that very moment – had its first hero! His name was George Eyser.

George Louis Eyser was a US gymnast (of German-Austrian descent) who won six medals in one day at the 1904 Olympic games. He won a gold medal in rope climbing, beating his competitors. Now here’s a little detail that’ll give some magic to the story: G. L. Eyser was sporting a wooden leg. He also won gold in the vault (jumping over a long horse without the assistance of a springboard). Now, ain’t that something?

After the 1932 Los Angeles Olympic games, rope climbing lost its place among Olympic sports. Still, the story of George Eyser amazes us to this day! Read more about it right here.

The effect rope climbing has on your body strength

As we’ve already mentioned, rope climbing is, alongside pull-ups, a fantastic exercise for your upper body. Now we’ll feel free to further elaborate on that fact.

Rope climbing is an amazing way of building up grip strength. What’s grip strength exactly? It is a measure of muscular strength or the maximum force (or tension) spawned by a person’s muscles of the forearm. You might have a strong back, but without a sturdy grip, your deadlift will be restricted, so to speak. Grip strength also guarantees you some much-needed stability when lighting weights, among other things (like toughening up your fingers for some rock climbing sessions).

The motion of pulling oneself up is very beneficial for your arm muscles since your arms are forced to extend to their full potential and work in unison. Some athletes point out that rope climbing is a better training method than your regular pull-ups or chin-ups just because of this slightly different dynamic embedded in the psychical context of the exercise.

Needless to mention, rope climbing is very beneficial for building back strength. While climbing, you’re required (or you can say forced) to pull your body very close to the rope. That’s going to pressure the famous lats to work, much like it would do in your standard chin-up/pull/up.

Other benefits of rope climbing

Let’s see what else can rope climbing bring to the table. Did you know that researchers found out there’s a great correlation between your overall upper body strength and the amount of time it takes you to climb a rope? That means it’s basically a legitimate test for determining upper body power.

Also, there’s the risk factor that adds excitement to the whole exercise. Imagine you’re pulling yourself up twenty feet above the gym floor, and there’s a chance (a slim one, but still…) you might fall down. This adds life-affirming value to the whole training. Rock climbers also face potential risks, but they’re mostly well-secured.

Last but not least, rope climbing greatly builds up self-confidence. Who would’ve guessed? Anyway, when you’re climbing a rope the end goal is plain to see: make it to the top! 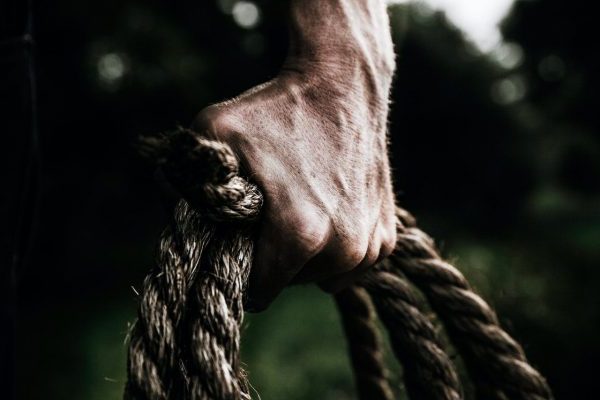 Rope climbing significantly boosts your grip strength, athletes like to point out.

Just like rope climbing, pull-ups are a great way to stay in shape. Pull-ups are very similar to chin-ups. The only difference is that, when doing a pull-up, your palms aren’t facing your body, they’re facing the wall (or whatever’s there) in front of you.

Let’s check what are the benefits of doing pull-ups on an everyday basis.

As was the case with the exercise we’ve mentioned above, pull-ups are great for working on your back, shoulder, and arm muscles. It improves your grip strength, which is like we already said, crucial if you’re a weightlifter. Well, it’s not only the weightlifters that will benefit from these exercises. For example, grip strength is a crucial factor in sports like tennis or rock climbing. More about the latter, you can find right here.

Is it alright to do pull-ups every day?

Of course, it is. Although, you don’t want to overdose on pull-ups (especially if you’re a beginner). Start slowly, and build the number of your daily pull-ups gradually. Here’s what you can expect from introducing pull-ups to your everyday schedule:

Still, there are some risks, right?

Unfortunately, there are (mostly associated with intentionally going beyond your limits). Here’s a list:

What’s the solution, then?

The solution is to find a pace that suits you best and give yourself some time to recover (about 24-48 hours) after a serious workout. Don’t go beyond your limits, as that will only make things harder for you and you’ll probably get permanently stuck somewhere along the line of progress.

So, do we have a winner?

Well, it’s not that easy to say. Both methods will generally improve your muscle strength. Also, overdoing both exercises will cause an imbalance and probably lead to a stagnation period. We’ll leave it up to you to pronounce the name of the winner.

← Prev: How Do You Remove Tree Sap from Rope? Next: Is Zip Lining Bad for Your Back? → 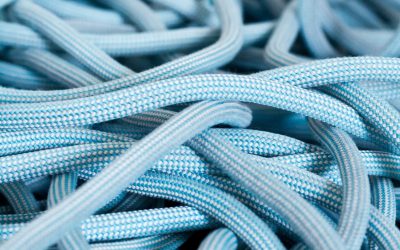 What to Do With Your Old Climbing Rope?

As a matter of fact, most climbers absolutely love to stockpile a bunch of old gear. This is particularly true when it comes to climbing ropes. Nevertheless, just because your old rope isn’t secure for climbing, it doesn’t imply you have to toss it into the trash.... 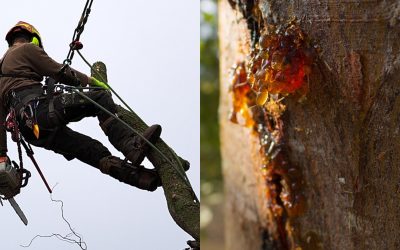 How Do You Remove Tree Sap from Rope?

For tree climbers, and some rock climbers, tree sap on their ropes can be a pretty annoying issue. However, it’s possible to get rid of it and there are some relatively simple methods how you can do so.