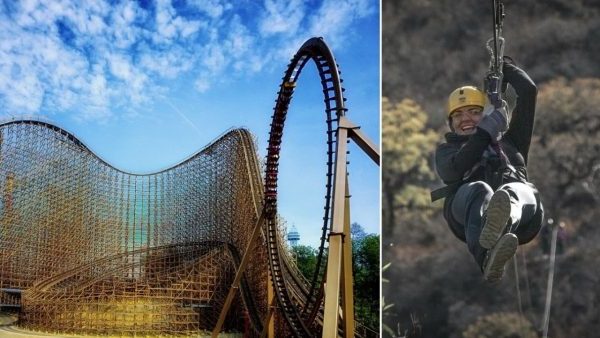 For quite some time now, we’ve been enjoying the abundance of different types of thrill-seeking activities. Sure, some people like to take it extreme and try skydiving or bungee jumping and defy gravity in some of the most creative ways. In fact, the trend of defying gravity or using it as a propellant to experience adrenaline boosts has become so popular that even an average casual enjoyer could do it one way or another.

This is exactly why ziplining became so widespread in the first place. Sure, the term is a bit wide and can include a bunch of different types of activities. However, some of the best ziplines can allow you to go at some pretty high speeds.

At the same time, roller coasters have become one of the biggest attractions of the 20th century, with their popularity bleeding well into the 21st century. By using the potential of gravity and defying it, you can get some of the most exciting experiences riding them.

But are these two activities alike? Is ziplining like a roller coaster? Well, not really.

There are many differences between ziplining and roller coasters. Ziplines include cable rides with a harness and these go in one straight line from one point to another. On the other hand, roller coasters include railroad-inspired tracks (mostly in loops) and specialized carts on them.

However, there are some similarities between these two. We’ll tackle this topic and look more into it by exploring both sides and comparing them against one another.

So let’s first start with ziplining. The activity is well-known among those who love the countryside and who enjoy “flying” over tree canopies and valleys, all while going down a slope and being attached to a cable. However, the activity itself takes us a long way back.

Although taking different forms, and being primarily a means of transportation, both of goods and people, you could say that ziplining traces its roots in the south and east Asia about a couple of millennia ago. This was most likely in certain regions of India, China, and Japan, and it was even kept as a traditional means of transportation in some remote areas in China up until 2015. Of course, similar principles were also found in Europe, sometime during the medieval times.

The idea here was to use gravity as the main propellant and bring the cargo (be it goods or people inside) across valleys or down the mountains or hills, from point A to point B. However, not all of these structures in question were propelled by gravity but by some other means (mostly manual labor) ziplining.

But while we’re at it, ziplining can be defined as a form of the Tyrolean traverse. The name comes from Tyrol and Tyrolean Alps where climbers developed this suspended rope method of transporting them and their equipment over impassable terrains.

Modern ziplining could be traced back to the 18th century when it was first used for entertaining purposes. Of course, it still mostly kept its main purpose, which is transportation. But eventually, we all got the recreational activity as we know it today.

The most common spots are usually in mountainous and hilly regions where participants “glide” over the valleys and tree canopies. By using a specially designed harness and a secure connection to the main cable, a participant can slide from one point to another. It’s become so popular that some have perfected it to the point where it’s possible to go well over the speed of 100 miles per hour. There are also smaller zipline rides, including those designated for family activities, even kids.

What Are Roller Coasters?

Roller coasters are types of amusement park rides. These include more or less elevated tracks, very similar to railroad tracks, that include different steep slopes and downhill sections. In some advanced cases, we can even find roller coasters with inversed tracks, so-called “roller coaster inversions,” where the participants are riding literally upside down.

The rides are, of course, performed in specialized carts. Every participant has their designated seat with the obligatory safety equipment included. This means that every individual in the cart is secured enough for the wild ride that’s ahead.

What predates roller coasters are the so-called “Russian Mountains.” These were large ice structures made back in the 17th century in Saint Petersburgh, Russia. They reached some pretty impressive heights, up to 80 feet, and were supported by wooden structures.

But the modern form of roller coasters starts with “Aerial Promenades” in early 19th-century France. After a decline in popularity, these eventually returned in a different form in 1887. Made by Joseph Oller, these so-called “Russian Mountains of Belleville” came with 200 meters of tracks (a bit over 650 feet) and included some unusual looped paths.

With some ups and downs in popularity over the coming decades, roller coasters eventually became really popular in the 1970s, and their fame remains even to this day. Kingda Ka in Jackson, New Jersey is currently the largest ride, featuring a drop of jaw-dropping 418 feet on its first hill. 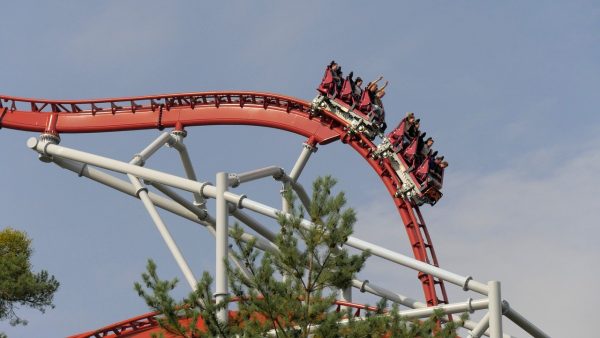 To answer this briefly, we would simply say “no.” Ziplining isn’t exactly related to roller coasters. As you may already know from the explanations above, ziplines include cable rides with a harness and these go in one straight line from one point to another. The participant is literally hanging from the main cable while being secured in the harness, all while experiencing a feeling somewhat similar to flying.

On the other hand, roller coasters not only include railroad-inspired tracks and specialized carts on them, but the riders are within the safely constructed carts. What’s more, roller coaster rides are not as straightforward compared to ziplining. The tracks basically form a closed loop, where carts can ride in circles. At the same time, the rides include ups, downs, steady parts, and very large constructions that support this whole concept.

So yeah, roller coasters aren’t exactly like ziplines. And, in fact, these two usually have a completely different following.

But There Are Some Similarities…

But aside from these differences, we can definitely draw some parallels. Ziplines can’t imitate the feel that you get on roller coasters, and vice-versa. However, both of these concepts do provide people on the rides a feeling of flying or gliding to some extent.

And, most importantly, both ziplines and roller coasters are intended as thrill-seeking activities, the kind that gets your blood pumping and your adrenaline going. It’s all about using, or dare we say “exploiting,” some of the basic fears of height and turning them into some pretty fun and engaging activities.

As we already mentioned, Ziplining is more straightforward, or linear. The ride itself doesn’t give you that “stomach drop” kind of feeling as you get with roller coasters. This is because you just go down an angled slope and are attached to an elastic cable.

But since it includes literally hanging from a cable, it might be a bit uneasy for those who don’t feel comfortable about heights. Some have reported slight dizziness, although this is usually not that common.

Which One Is Better for Me: Ziplining or Roller Coasters?

Many would argue that ziplining is much less exciting compared to roller coasters. This is, in most aspects, pretty true. However, neither of these two activities is “better” or “worse.” At the end of the day, it always comes down to what you want and what you personally prefer.

We would recommend ziplining to those who like to enjoy the scenery and have that steady “glide” feeling while riding over forests. And don’t worry, ziplining won’t make you sore. Roller coasters, on the other hand, are much louder and get your blood pumping way quicker. This is especially the case with larger and more “extreme” rides.

So if you’re up for a louder setting, hearing people screaming, as well as reaching some head-spinning speeds while dropping from a large slope, then roller coasters are for you. Ziplining, on the other hand, is more for those who prefer to enjoy the scenery while feeling some air on their face. Of course, there are some faster zipline rides, but it’s still nothing close to the excitement of those large monstrous roller coasters.

What Are Safety Reprecautions You Should Know About When Going Ziplining

Dangling from a cable at a certain height doesn’t always seem like the safest activity. In some way, we would understand the potential fears one might have when deciding whether they should go ziplining or not. However, the activity is pretty safe these days and even kids participate in some of the “wilder” zipline rides. After all, there’s a reason why it’s considered to be such a family-friendly activity.

On the other hand, you should always first inform yourself whether the particular ziplining spot is licensed or not. Injuries are not uncommon with ziplining, and they’re usually way more common with unlicensed providers. Luckily, we live in a time when it’s really easy to check anything. So make sure to do proper research before going out there for that exciting zipline ride that you want to check out.

← Prev: Does Ziplining Make You Sore Next: Do Skiers Wear Burton → 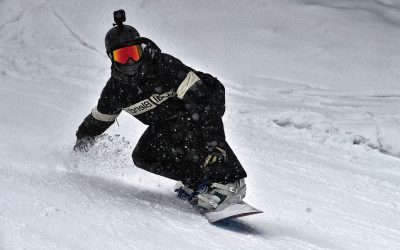 Are Snow Boots and Snowboard Boots the Same?

You might be wondering are snow boots and snowboard boots just the same? Using your hiking boots or regular winter boots may sound like a good idea if you’re a snowboarding newbie. This option may be a satisfactory solution for the first few times. Or until you’re...

We use cookies to ensure that we give you the best experience on our website. If you continue to use this site we will assume that you are happy with it.OkCookie Policy