Is Rust on Snowboard Edges Bad? 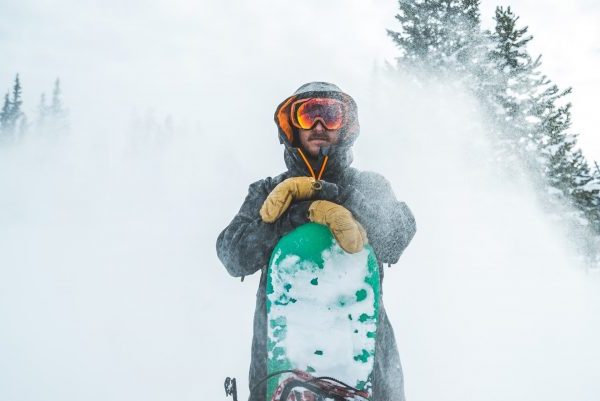 So, you’ve noticed rust has cozily settled on your snowboard’s edge. You’re probably not too happy about it, as people have a natural aversion to dealing with rust (if there are exceptions to this rule, we don’t want to waste your time talking about them). Anyway, you might require some info concerning your board’s corroded edge. If that’s the case, you’ve come to the right place!

Now, let’s make an unusual assumption and say rust on your snowboard’s edge doesn’t necessarily have to be a cause for alarm. If you were to ask an experienced snowboarder whether or not you should immediately step into panic mode after confirming rust has found its way to your precious board, you’d probably get an “it’s alright, dude, relax” kind of response.

The rust on snowboard edges isn’t necessarily a bad thing, but it’s not a good thing either. Although it’s best you clean it using a gummy or diamond stone, or even sandpaper. A corroded edge can slightly deter your performance. Also, make sure you wax the edges before storing your snowboard for the offseason period.

First, let’s take a look at what is the main reason behind the appearance of rust/corrosion.

What is corrosion and how does it occur?

We all know its name, and how it looks like. An unsettling mix of color (red, brown, and orange) and rough sandpaper-like texture. Rust also possesses a certain coppery smell, which we’re sure everyone has had a chance to enjoy at least once.

As we’ve already said, pretty much everyone can notice rustiness, but many people would stay silent if asked to give an encyclopedia-like definition of rust. Corrosion is a term we use to describe the natural process of the disintegration of metal components. It’s an electrochemical reaction to conditions in which the object in question resides (mostly being exposed to moisture). Let’s further elaborate on that one.

How exactly does it occur?

Corrosion can appear in different forms, the most common being chemical and atmospheric corrosion. The latter is more popular, so to speak. It occurs when acidic substances (and water) come in contact with metals, like iron and/or steel. When the iron (Fe) particles are exposed to oxygen and moisture (e.g., humidity, immersion, vapor), rust begins to form.

What are snowboard edges made of?

Now that we’ve given you a standard definition of corrosion/rust, let’s see why does it occur on your snowboard’s edge. In other words: what makes snowboard edges en général more prone to attracting rust?

As you already know or could easily guess from the text above, snowboard edges are made out of metal. Who on earth would’ve thought, right? Anyway, by looking at an ordinary snowboard, you’ll quickly notice the metal edge surrounding the board. It allows boarders to easily dig into the snow to make turns.

When you take everything we mentioned until now into consideration, one can only conclude that a snowboard’s edge is an ideal place for rust to form. Whether you’re actively using your board or keeping it in your garage/shed – it doesn’t matter. Both situations provide the necessary conditions for the appearance of corrosion.

So, should boarders be worried if they find a rusty edge?

Well, it depends on how deep the corrosion is. If only the surface is covered in rusty spots – then you probably shouldn’t worry, since it’ll probably self-clean with use. On the other hand, if the whole edge is glowing orange with rust – you might want to take some additional actions. More about that in one of the sections below. Now, let’s see if there’s a way to prevent the edge from going rusty.

Here we’ll show you some measures you can take to prevent the whole “jeesh! my snowboard’s edge has turned orange” scenario:

Those were some of the prevention actions you can perform. Anyway, most boarders suggest using your board regularly, since, as we’ve already said, the rust comes off with usage. It also includes performing regular maintenance tasks. Oh, and what are those? Scroll down. 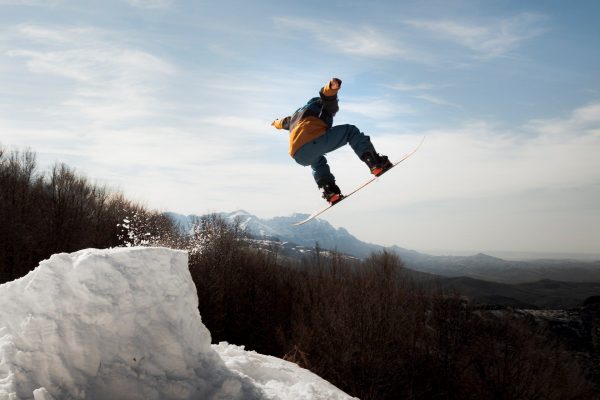 If you’ve noticed rusty spots here and there on your board’s edge – that’s nothing to worry about. It’ll probably self-clean with use.

How to maintain your snowboard properly?

Although we did say that regular usage will make your snowboard’s metal edge less attractive to rust, there are actions you need to perform every now and then to keep your boards in good shape. Here’s what you need to do:

These were some regular snowboard tips that will help keep your essential equipment good as new. You might ask: Okay, but what can you do when the damage’s already done? Alright, let’s check it out!

Ways to remove the effects of corrosion

Even if you take all the necessary measures, there’s a fair chance that rust will develop on your snowboard’s edge. Here we’ll show you some tips on how to remove it.

Put it into position

The first thing you need to do is to place your snowboard in a position that will help you thoroughly clean the edges. You can prop your snowboard using a vise, or use two wooden blocks. Some also suggest using two piles of books of equal height. Anyway, we’re sure you’ll find your own way of doing this.

If you notice a minor rusty spot on your snowboard’s edge, you might want to try using an ordinary wet cloth to clean it. The spot might be very easy to clean if it’s still fresh. There isn’t an easier way of removing rust than this. Still, there’s a good chance the rust is sturdy enough to defend itself against your blows.

Remove the rust by using a gummy stone

This is probably the most popular way of removing rusty spots from your snowboard’s edge. Grab a gummy stone and get to work! You can find a quality gummy stone right here! Operate the gummy stone in a tip-to-tail motion, using short strokes. You can also use a diamond stone to take care of the job.

If you’re looking out for a budget solution, this might come in handy. To remove rust from your snowboard’s edge you can also use sandpaper. You’d want to start out with the fine-grit kind and rub it on the edges of your board. If that doesn’t work out, and the rust isn’t coming off, feel free to use the medium-grit sandpaper. Use the same tip-to-tail method as the one described above.

How to prepare the edges for the offseason break?

The snowboarding season’s about to be over? Now, that’s a shame. Still, it doesn’t mean your board’s metal edge can’t get rusty while you’re not using it. Quite the contrary, actually!

Once you’ve taken care of the gnarly rust covering your snowboard’s edge, it’s time to properly prepare it for the offseason break. Just so your board doesn’t collect any rust while you’re not looking. Here are the crucial steps:

And there you have it. Your board’s ready for offseason hibernation.

We’re nearing the end of this article, so it might be best if we do a quick walkthrough. So, what did we learn today?

That’s about it, fellow snowboarding fans. Hopefully, this article provided you with enough info concerning your snowboard’s rusty edge. Now you know rust is really not your worst enemy. It’s a common thing and very easy to clean, so you can rest assured there won’t be any great damage done to your board! For more snowboarding tips check out this page.

← Prev: How Do You Stop Climbing Holds From Spinning? Next: Does Parkour Make You Taller? →