How to Do Parkour in the Woods – 6 Beginner Tips 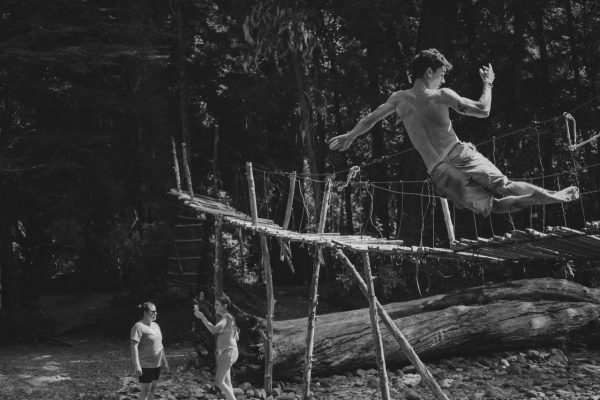 Parkour in the woods? Are you kidding me? Now, that could be your average person’s reaction to the title of this text. If you’ve reacted the same, you owe us a nickel. Anyway, it’s about time the public learns that folks can practice parkour in the woods, too.

Now, of course, parkour’s tightly associated with the urban landscape. However, outdoor, non-urban areas such as the woods also offer challenging obstacles to overcome. That’s why you’ll some parkour enthusiasts making their way through the woods in their recognizable manner. Okay, so how does that sound? If your answer is nothing less than sounds pretty good, feel free to check this piece on how to do parkour in the woods!

First of all, you’ll want to choose the right footwear for forest parkour (New Balance shoes are parkour enthusiasts’ favorite). Make sure you’re open to the change, the so-called urban to non-urban environment switch. Also, try not to do anything that seems a bit crazy. In other words: respect your boundaries.

There’s simply no reason to stop right there; there’s plenty of info from where that came from (and other sources)!

How’s it possible to parkour in the woods? (FAQ)

Why wouldn’t it be? It’s not like woods don’t possess certain parkour-like obstacles (such as fallen logs, for instance). Also, we’re free to say climbing trees can be pretty parkour-ish, don’t you agree? Anyway, not many people do this and that’s probably why it’s not popular enough so everyone will get it. In order to fully grasp the reasons why folks most probably think doing parkour in the woods isn’t possible, we might want to check out the history of this great sport. By doing so, we’ll see why this extreme activity is so tightly associated with the dense urban cityscape.

Also, if you’re curious about whether or not asthma can stop you from enjoying this activity, click right here.

A brief history of parkour

It’s always good to know where it all started. According to the official story, it all went a bit like this: during the 1990s, a movement originated in France, led by David Belle (the movement, not the country). While they were teenagers, David Belle and his band of friends formed a group known as Yamakasi. They practiced jumping, climbing over stairs, walls, barriers, and everything else you’d register today as parkour-ish. Anyway, the whole point was to create an activity in which “players” use all the constructions and obstacles an urban landscape can offer them, but not in the way they intended to be used.

For the group known as Yamaksi, parkour was a way to beat all the obstacles any human-made or natural environment (including the woods, of course) can provide them with. Since its origin in the ’90s, the sport was popularized by various movies, including the 2001’s Yamakasi and District B13, directed by none other than the acclaimed French director Luc Besson.

However, one might wonder: c’mon, is the sport really so young? Whoever’s complaining, they’re doing a good thing. Of course, we’re not going to dismiss the official history (things happened as we described them above). But, weren’t there similar activities known to humans earlier in history, the ones we didn’t crown as parkour or name in this way or another? You’ll want to know there were such activities!

The unofficial history of the sport

Here’s the most interesting fact you’ll hear today: even the unofficial history will directly lead us to David Belle. Expert writers on the amazing human activity known as parkour trace its beginnings to the physical training methods conducted prior to WWI by a Frenchman called Georges Hébert. The method, also known as la méthode naturelle, involved various training in running, jumping, climbing, swimming, etc. One of these courses was on defending and the use of obstacles known as parcours du combattant. This system, made by G. Hébert, formed the basis of the French military training.

Moving on to the 1940s and ’50s, where we’ll meet a guy called Raymond Belle. There’s probably no need to mention this, but he was David Belle’s father. Anyway, he used the knowledge of la méthode naturelle that he gained while in the military to become an elite firefighter and was pretty well-known for his skills and the ability to quickly, yet safely move along ledges and leap between the city’s rooftops. And that’s, eventually, how his son became interested in this activity and started training, only to become a father to the sport we know today as parkour.

So, can you parkour in the woods?

As you could’ve noticed, parkour isn’t strictly associated with the urban landscape. We’re pretty sure that the famous méthode naturelle wasn’t exactly made with an intention to be practiced in a dense big-city setting. That’s why the answer to the question that’s on everyone’s mind reads: yup, it’s absolutely possible to parkour in the woods (just take a look at the picture below). Contrary to the popular opinion, you can parkour with glasses, too. Now, let’s see those tips! 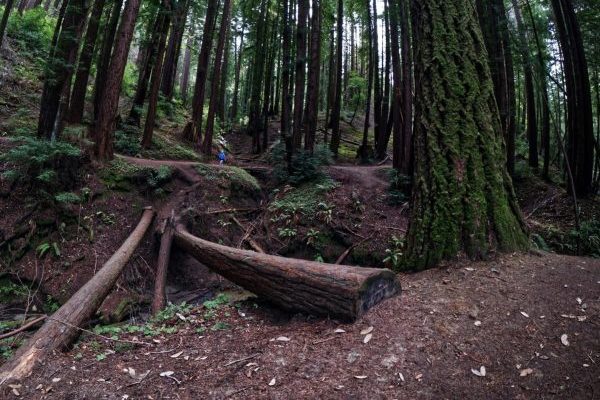 How to do parkour in the woods – 6 Beginner tips

The thing is: doing parkour in the woods is pretty similar to practicing something you’d call stereotypical parkour. Now, of course, it comes with its own set of challenges and certain appeal that’s not easy to resist. Additionally, the woods greatly stimulate your sense of trouble (you know, because of evolution and all that jazz) and obstacles are, well, let’s say – less predictable? Anyway, here are the 6 beginner tips one should know before trying out parkour in the woods!

If you’re into parkour, you might already know the importance of wearing proper footwear. For practicing the sport in the woods, you’ll need a solid pair of running shoes. Experts say that New Balance shoes are absolutely the way to go! They’re pretty lightweight and they provide you with plenty of grip.

#2 Be open to the new environment

Of course, one can’t expect to find the same rules and principles that guide inner-city parkour adventures. As we’ve said, obstacles you’ll find in the woods aren’t so predictable as the ones you’ll stumble upon in the city. For instance, a log might be rotten, or there could be a rock hidden underneath that bunch of leaves. To put it in simplest terms: try to adapt and think about the obstacles you’ll deal with. All in all: be sensitive and adaptive.

This stands for both urban and forest parkour; folks absolutely need to get warmed up before delving deeper into their parkour adventure. By warming up, you’ll ensure you stay free of any injuries that might happen if jump into action without being prepared. Here’s your motto: warm-up, then stretch, and you’re good to go! Most (if not all) experienced parkour enthusiasts would tell you the very same thing!

Oh, and we almost forgot to mention this: make sure you stretch once more after the workout’s done. It will help you battle soreness and enhance you overall flexibility.

Try to be truthful to yourself by knowing when and where to stop. Avoid going above your limits. Of course, everyone gets carried away sometimes, and the whole push your boundaries story is crucial to each and every sport a person practices. However, one should be really careful with forest parkour since the environment’s not that easy to control.

Practicing parkour in the woods isn’t something you’d call a piece of cake. It’s far from it, to be completely honest. That’s why some folks might get easily discouraged once they try it out for the first time and things go a bit awry. Regular training is basically your best strategy, you can’t learn everything in a single session. Most folks train for months before they can actually feel like they’re doing something.

#6 Don’t try anything that seems a bit crazy

Needless to say, people like to show off more than they’d like to admit. If you see a tree that’s too tall for climbing, simply avoid risking your safety by choosing another obstacle in sight (even though parkour enthusiasts love high jumps). Also, the idea of going alone for a forest-y parkour adventure mightn’t be such a good one. You’re far better off with a buddy by your side in case something happens outside of your plan.

Oh, and one thing before we say start the whole goodbye process: practice parkour at home before hitting the woods.

Now that we’ve gone through the six beginner tips on trying out parkour in the woods, there isn’t basically much left to say. Okay, so that’s that. Hopefully, now you’re well aware that parkour isn’t just an urban sport, as some folks like to assume at first sight. It’s much more than that. Wherever there are obstacles that simply crave to be messed around with, we’re sure some parkour lovers will handle the task!

For interesting info on parkour and parkour-related topics, feel free to visit this page on our mighty blog.

← Prev: Can I Use a Hiking Pole as a Ski Pole? Next: What Skateboard Wheels Should I Get for a Beginner? → 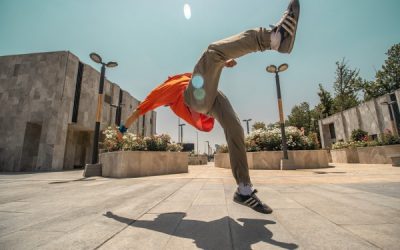 Can You Do Parkour With Flat Feet? 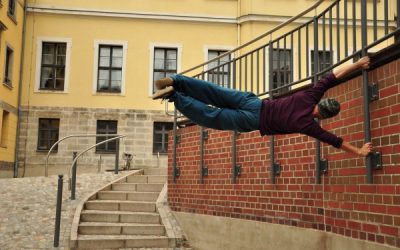 What Is the Best Age to Learn Parkour?

We're sure that you're pretty familiar with the whole "age's just a number" narrative. Naturally, there are some of your that wonder: okay, so can that age-old saying (no pun intended) work with parkour? Well, you're just about to find out. In other words: today we'll... 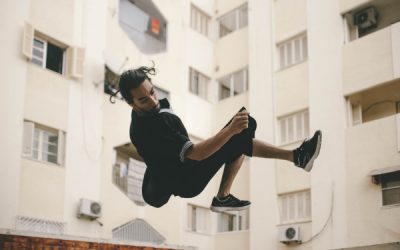 Nowadays, there are many young folks that think they're somehow too old for this or that. Now, ain't that ironic! Some of them have the guts to go ahead and ask: can I start parkour at 19? One might guess what we've got to say about this topic. However, simply saying... 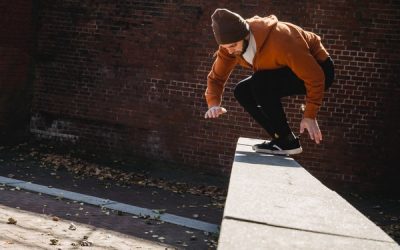 How To Do Parkour At Home – The Beginner’s Guide

If you are an athletic person with a natural affinity for extreme sports, you may have already considered taking up parkour. Parkour is oftentimes called the art of movement. It is all about overcoming obstacles, both physical and mental. In this article, we aim to... 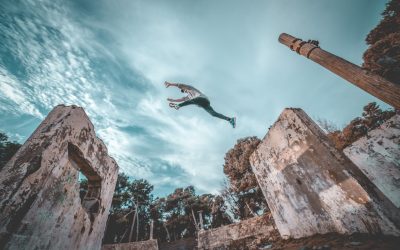 Does Parkour Make You Taller?

Athleticism and other sporting activities are often related to height by the first assumption, and people who love sports have prejudice around the requirements of specific sporting disciplines they might be interested in. One of the main reasons people often give up... 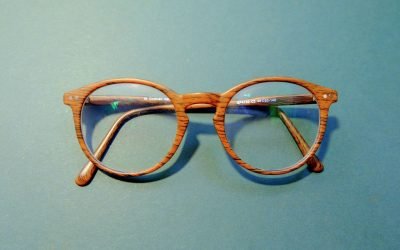 Can You Do Parkour With Glasses

Prescription glasses are a constant plague for runners, hikers, traceurs, and anyone trying to practice sports that require quick movement. Is this something that we have to learn how to live with? Or is there a better solution to the problem? Can you do parkour with...