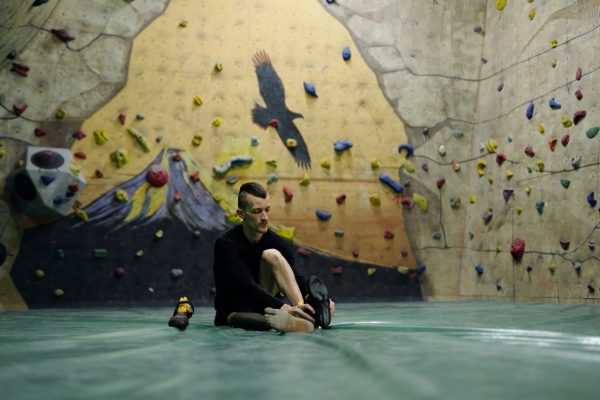 What’s the first thing that comes to your mind when someone mentions Scarpa boots? Comfortability? Stiffness? Wider toe box? Or is it something else? Whatever your answer – we’ve got something to talk about today!

Let’s consider the next-to-last question from upstairs! So, do Scarpa boots actually have a wide toe box? Needless to say, you’re about to find out pretty darn soon! In the article below, we’ll give an in-depth answer to the conundrum many climbers face. If you’re one of ’em, we’re sure you’ll love the text we’ve prepared for you today!

Here’s what most climbers would tell you: Scarpa boots aren’t really known as being the best climbing footwear out there for folks with wider feet. However, it all depends on the model we’re talking about. For instance, Scarpa’s shoe model called Boostic has sparked some enthusiasm in the world of climbing!

Think that’s about all there’s to say about the subject! Think again!

If you’re an experienced climber, there’s a solid chance you already know the answer to this one. Anyway, Scarpa is one of the most acclaimed manufacturers in the world of climbing (or hiking). It doesn’t matter whether we’re talking rock or mountain climbing, or just plain ol’ hiking – it’s all the same. The Italian manufactured has got quite of a reputation. And it’s a good one, we might wanna add!

The company was started in the year 1938 and since then it’s been something of a leader in the industry. Even though their shoes were, for a time, frowned upon for being notoriously uncomfy and stiff, nowadays they’re seen as one of the most comfortable shoes on the market. We’ll talk more about it in just a bit!

Where are Scarpa made?

Here’s a fact you probably haven’t heard: all Scarpa boots are made in Europe! The company’s HQ is in Asolo, Italy. It’s been like that since its foundation. Anyway, these boots are manufactured mostly in Italy and certain other EU countries (such as Romania).

One might also wonder: Do Scarpa boots run big or small, or are they true to size? That’s a question we hear a lot these days! As we’ve already said in the previous paragraph, there was once a time when Scarpa boots were seen differently than today. So, yeah, it’s kinda natural why folks want to know the answer to this one!

Okay, so Scarpa boots run neither big nor small; they’re, as they say, true to size. Oh, and if you’re wondering how to clean climbing shoes (without ruining them), feel free to follow this link!

Exactly what is true to size?

Here’s something you’d wanna consider a standard definition: when we say a pair of boots/shoes (and here’s how many pairs you should have) are true to size, that means their measures correspond with respect to the Brannock device. That’s about it!

You’ll wanna know that Scarpa boots aren’t narrow as some internet users would suggest. That’s the whole historical thing we’ve mentioned above; during a certain period, Scarpa boots were seen as stiff and narrow. In other words: unsuited for wider feet. However, today we’re witnessing a totally different story. Here’s what’s up!

The thing is: all Scarpa boots are made around a certain and made-with-great-care type of a foot-shaped model, known as a so-called last. It’s that same last that gives the shoes their main characteristics; it is because of the quality of the lasting that Scarpa is so popular among lovers of the outdoor worldwide!

How do you know your Scarpa boot size?

Except for ski boots, all the footwear signed and produced by Scarpa uses the so-called European sizing. Here’s how you’ll calculate it:

The thing about EU sizing is that it gives a more precise for the intended use. On the other side, all Scarpa ski boots are measured in the so-called Mondo sizing.

What is Mondo sizing?

As usual, the first thing on our list is to hear the standard definition: Mondo sizing is a system of measurement which calculates the length and width of your feet in millimeters. It was first introduced in the 1970s by the ISO (International Organization for Standardization) as an attempt to create a universal sizing system (much like the language of Esperanto). You don’t have to know be an expert in philology to know that mondo means the world (in Italian).

Now that we’ve finished off this introductory FAQ-related-to-Scarpa-boots section, it’s time to introduce our main topic for today: do Scarpa boots have a wide toe box? 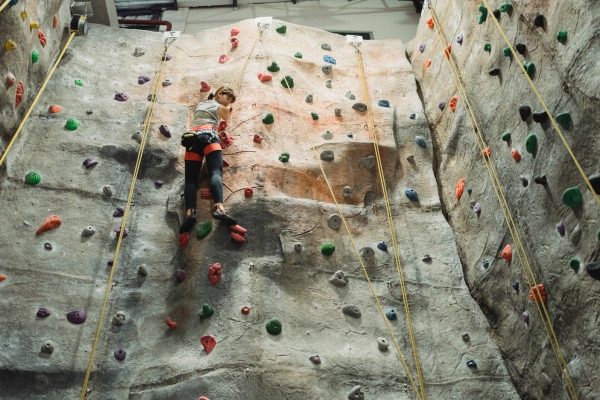 Do Scarpa boots have a wide toe box?

Okay, so here we are – seconds away from finding out the answer to the question in the title – but do we have one that’s a definite YES or NO? Unfortunately, we don’t. If you were to ask the online climbing/hiking community, you’d get the idea that folks have mixed feelings about Scarpa boots when it comes to the boots being good or bad for climbers with wider feet.

It’s not you’ll find mostly positive reviews. Most would say Scarpa boots aren’t necessarily the most pleasant footwear out there for folks with wider feet. On the other hand, you’d see folks who had worn nothing but Scarpa that testify to the boots’ comfiness and overall performance. As one can notice, there isn’t a simple answer here and even if there was one, it’d be leaning a bit towards a NO. However, there’s a certain model Scarpa Boostic that folks like to point out as a compromise; at the same time, they’re good climbing shoes and fit for folks with wider feet!

All in all: if you’re asking whether or not Scarpa boots have a wide toe box, the answer’s closer to IT DEPENDS and NO than to a YES.

What’s so special about Scarpa Boostic?

Okay, so we’ve somehow made this one probably the best climbing out there (at least when it comes to Scarpa’s offer). There’s gotta be more we can say about it, right? Right.

Here’s what’s up: Scarpa’s Boostic model is created with an intention to suit technical face climbers since they’re in need of some underfoot support just so they could micro-edge without any issues. Scarpa Boostic features:

Now, how does that sound? We don’t expect any answer different from: sounds good! Anyway, imagine you were to buy these climbing shoes. Is it alright to wear them outside as soon as you get them home (whether you’ve ordered them off the web or bought them in a store)? Here’s a simple answer: nope.

The thing about climbing shoes is that you’ll need to break them in. In the paragraph below, we’ll show you just how will you go about this process! To be more precise: we’ll show you two ways and they both involve using a heating source!

How to break in new climbing shoes?

Shall we begin? Let’s hear the first option!

So, here are the “ingredients”:

The first thing you’ll wanna do is to put on your climbing shoes. Even though this is possible while you’re not wearing them, it’s best you nonetheless wear ’em! Next up, you’ll want to use your hairdryer and evenly apply some heat to your climbing shoes. You can do this for a couple of minutes. Once you’re done, wear your shoes around the flat and wiggle your feet.

If there’s a possibility to do so, climb in them why they’re hot (you’ll want them to mold to your feet and their activity perfectly). All in all: repeat this process a couple of times if necessary (but it’s kinda recommended, too!).

If you think this is weird, know that some skaters put their skating shoes in the microwave. Follow the link to see if that’s something that should be done!

Option #2: Give your climbing shoes a hot shower

If the above option doesn’t prove useful, it’s time to go a bit more radical.

Okay, so the recipe requires you have:

The first thing on the to-do list here is to hop into your new climbing shoes. Step into the shower wearing them and run the faucet all over your feet. The hot water you’ll use is there to make the uppers more pliable. Move your feet around, wiggle your toes & ankles, and bend the shoe at the heel. Stay in the water for a couple of minutes; your brand new climbing shoes should be soaked.

Once you’re done soaking ’em, step out of the shower and let them dry halfway (you can do this while they’re still on your feet, or you can take ’em off for a bit). You’ll want them warm and soaked, but not something you’d call waterlogged. Next up, you’ll want to walk with your climbing shoes on and wiggle your feet around. If it’s possible, climb in them (if you’re using a gym wall, see if it’s possible to climb with damp shoes on).

Finally, you can take off your shoes and fill them with the material you’ve prepared (newspaper or something); this will keep your foot stable and free from the danger of collapsing. Let them dry fully at room temperature, without being in the way of a direct heating source (such as a heater, or the Sun).

For more options on how to break in a new pair of climbing shoes, click right here! Make sure to also learn how to wash Scarpa climbing shoes and take good care of them.

That should’ve done it, folks! This was a broader-than-usual answer to a not-so-large-of-a-topic! Anyway, we do hope you’ve enjoyed it!

For more tips on climbing and climbing shoes and just about anything that’s related to this amazing human activity, visit this subsection of our blog!

← Prev: Are Small Feet Good for Climbing? Next: Can You Wear Hiking Trousers for Skiing? →