Can You Put Stickers On a Skimboard? 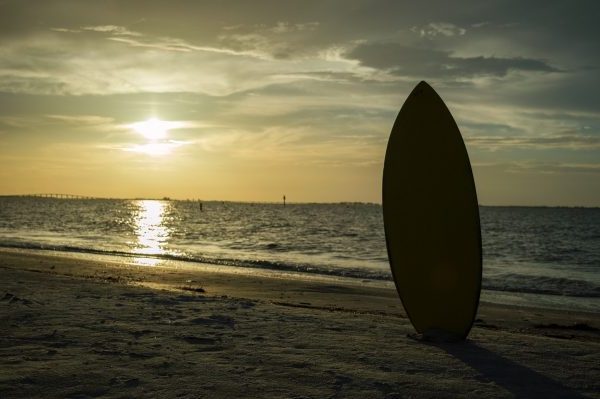 Same as with surfboards, skimboards and stickers naturally go together. Even if you’re an amateur, you may want to put famous surfing insignia. It’s up to you and you can stick them wherever you like. You don’t have to promote sponsors, it’s completely OK to show appreciation for your favorite surf brands. And you can do it on skimboards, too. Let’s see how to glue them to your board. Also, let’s learn more about skimboarding itself.

If you’re getting into skimboarding, it can all seem a bit overwhelming at first. With dozens of different board materials, designs, and shapes, picking the right board can be difficult. Today, you will learn all you need to know about skimboarding and skimboards to choose the perfect board and start skimming.

You should know that it’s completely alright to put stickers on a skimboard. It’s only natural you want to do it. Stickers don’t have an effect on how your board will behave in the water. Just make sure you let those waves wait 24 hours after you’ve applied the stickers, so the adhesive sticks real nicely.

Skimboarding, or skimming, is a board sport similar to surfing. It originated in Southern California, where the shallow water and quick-moving waves couldn’t accommodate a regular surfing board. The Lifeguards at Laguna Beach were looking for recreation on the hot summer days at the beach.

They started designing a short, wide board without fins you could jump on, used to intercept a breaking wave and ride it back to shore. From that point on, skimboarding has been evolving into the sport we know today.

Also, skimboarding is a very good way to stay in shape, just like the other board sports.

Much like surfing, the idea of skimboarding is to catch a wave as it breaks and have it take you back to shore. But, unlike surfers, who wait for a large wave far out from shore, skimboarders spot their waves from the beach.

They make a run-up, throw their board down on the wash of a previous wave that carries them away from the shore. Then, they catch their wave as it breaks, and ride it back to shore, sometimes performing tricks with their board.

The tricks they perform are reminiscent (and sometimes directly derived) of skateboarding tricks (here’s a little info on that subject, also). “Ollies” and “180s” are well-known skateboarding tricks that you can do on a skimboard. Still, there are other, unique ones exclusive to this watersport.

“Flatland,” sometimes called “inland,” is a form of skimboarding, where, instead of riding out to catch a wave, the skimmer uses their momentum to pull off tricks in the shallow water. In flatland, riders use special ramps and grinding rails similar to those in skate parks.

While a skimboard may look similar to a surfboard at first glance, they are much smaller and broader boards without fins. Among skimboarders, the favored length of a skimboard is up to the middle of the chest.

Skimboards also vary in thickness, which is mainly dependent on the build material. Skimboard thickness ranges from 1 to 2.5 centimeters (3/8 to 1 inch), the most common thicknesses ranging between 1.5 and 2 centimeters (5/8 and 3/4 inches). Special high-flotation foam and so-called “soft” boards can be more than 5 centimeters (2 inches) thick.

Typically, a thinner skimboard is more agile when turning, while thicker boards have more speed, allowing for longer runs.

Types of boards according to rockers

Skimboards have varying amounts of nose lift or “rocker.” Rocker prevents the board from digging into the sand under the skimmer’s weight. It also changes the board’s handling and characteristics.

Skimboard designs also differ based on the preferred discipline. While skimboards are generally interchangeable, some are better suited for wave riding and some for flatland. After all, you wouldn’t want to grind your expensive, high-craftmanship carbon fiberboard on a rail.

Wave riding, being the most technically challenging, is the most popular and well-recognized skimboarding style. Professionals and competitors mostly do wave riding.

There is not much variation in shape with wave riding boards because the current designs have optimal characteristics, which took years to develop. They do, however, vary from beginner to advanced boards used by pros. Picking the one that suits your abilities and style is crucial. 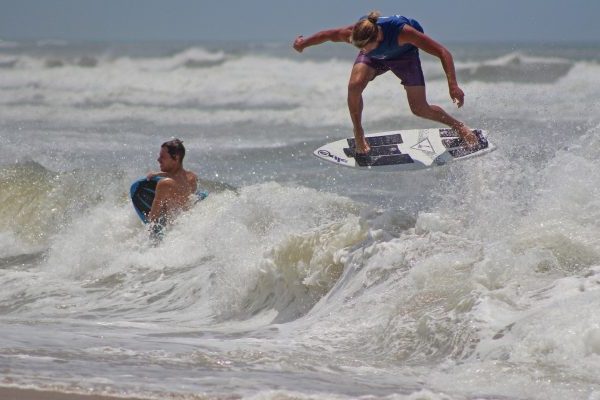 The most common material for skimboards is closed-cell foam. CCF is a high-density foam material that is tough and water-resistant. CCF boards are usually coated with fiber-reinforced polymer to give them extra protection from scratches and dents.

Fiberglass is an alternative to wooden boards that has better in-water properties. With more speed and agility on water and sand, these boards are ideal for doing kicks, flips, and spins. The payoff for better ride characteristics is the fragility – shells and rocks can easily dent and scratch fiberglass, regardless of its strength.

Carbon fiber is the stiffest, lightest, most robust, and most expensive of the bunch.  And carbon fiber boards are like racecars among skimboards. Preferred by professionals and competitors, they have the best ride characteristics. A carbon fiberboard is almost certainly the best choice – if you can afford it.

Flatland skimboards, also known as “foamies” are typically made of wood. They are often used by beginners, as they are cheap and resilient.

The foamies are for tricks mostly incorporated from skateboarding, including jumps from ramps and grinding rails. Foamies are the choice for beginners since they are easy to make and maintain, and can be bought at most surf and board shops.

When choosing the skimboard to buy, there is a handful of parameters to ponder.

The thickness of a board determines two important ride properties – agility and speed. Generally, the thicker the board, the faster and farther it can travel. However, the increased weight means it’s not as easy to make turns in the water. Most skimmers prefer boards between 1.5 cm (5/8 in.) and 2 cm (2/3 in.) Starting with one of these is a good idea to see what your style and preference are.

The agility and speed trade-off isn’t the only thing to consider. Weight is another parameter influenced by the board’s thickness. A skimboard should be in a sweet spot where it’s light enough to float and skim at speed. But a board that’s too light can get easily carried and thrown around in windy conditions, ruining your runs.

The speed is another essential aspect of the skimboard. The more velocity you have, the longer your skims can be. Also, the less momentum you carry, the harder it gets to catch a wave at the ideal breaking point.

The amount of rocker required depends on personal preference and style, but also the skimming location. For instance, on the East Coast, waves typically break farther from shore, requiring more speed to get to them. More rocker means more agility and better handling, while less rocker allows you to carry more momentum. The farther and faster you need to travel, the less rocker you need.

Flexibility mainly depends on the skimboarder’s skill and experience. Stiff boards can be ridden faster and farther but require more experience to ride. If you’re just getting started with skimming waves, a flexible board is probably the better choice.

Over the years, we’ve seen so many mods people have put on their skateboards that range from seriously cool to straight-up hilarious.

From paint jobs to stickers to fake exhausts – if you can think it up, it’s probably been done before. So it’s no wonder that people want the same kind of personalization on their skimboards.

Unfortunately, though, there isn’t nearly as much room for adding any three-dimensional extravaganza to your skimboard. Not without ruining its in-water properties, at least. But what about stickers?

Can you put stickers on your skimboard?

When it comes to stickers and custom paint jobs, it’s a different story. These don’t have any adverse effects on how your skimboard behaves in the water, so go crazy!

That said, paint jobs are not known to fare well when rubbing against sand and stickers even less so. So, if you put them on the underside of your board, make sure you stick them well, and don’t forget to wax over them when you wax your board.

While it’s typical for stickers to show wear and tear fairly quickly, some people have had stickers on their boards that survived years of use. So don’t feel down if you want to customize your board.

Whether you needed help to pick the perfect board or you just wanted to know more about skimboarding, you should know more than enough to get you started. As is the case with skateboarding, you’re never too old to start skimboarding! All that’s left is hitting the beach and showing those waves who’s boss.

← Prev: How Many Pairs of Climbing Shoes Do I Need? Next: How Do You Stop Climbing Holds From Spinning? → 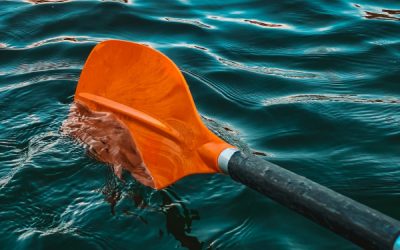 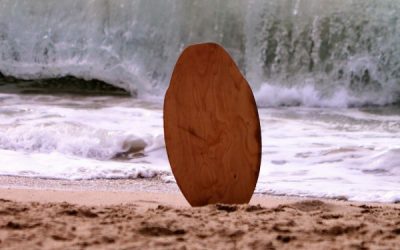 How Do I Get Better at Skimboarding?

Skimboarding is an intriguing sport, by all means. You swing a skimboard on the moist sands of a coast or in the water. Likewise, you can ride it on any soft surface with adequate space and where there is just enough water so the board can hover upon it. How do I get... 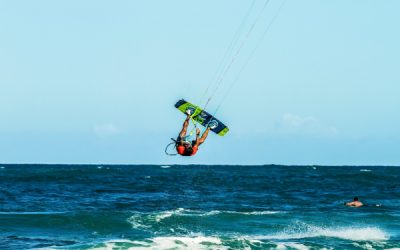 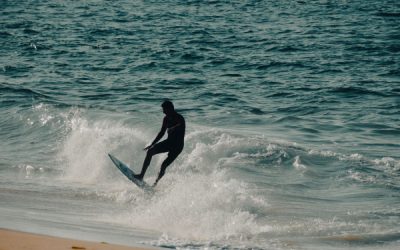 How Many Calories Do You Burn Skimboarding?

So, you're looking to lose some pounds (or kilos) by trying out skimboarding, eh? If that's so, you'll be happy to know that idea ain't such a bad one. To back up that statement, today we'll show you just how many calories you can burn skimboarding! Stay tuned.  Okay,... 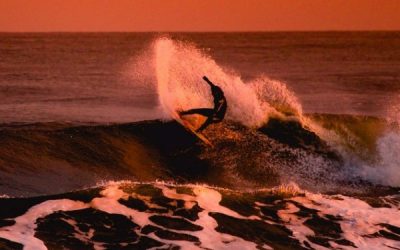 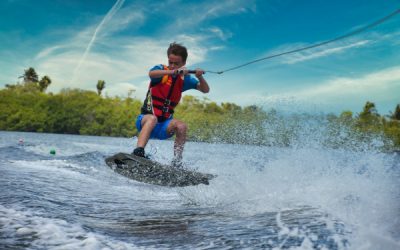