Why Are Trek Bikes So Heavy? 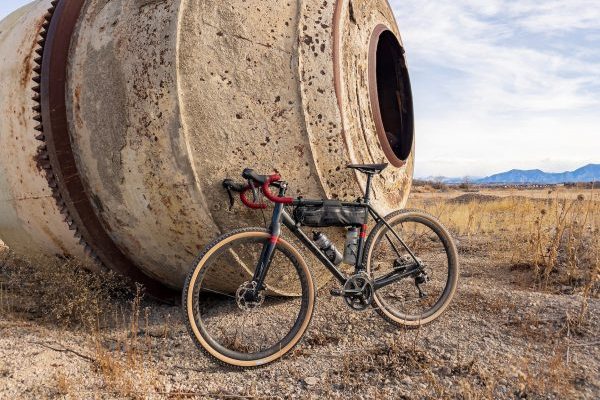 If you’re a cycling aficionado, there’s no way you haven’t heard of Trek bikes (we’ve already written about them right here). For all we know, even people who don’t have a thing for two-wheelers know a great deal about the company. Anyway, there are many folks out there that wonder why are Trek bikes so darn heavy. Today, we’ll answer the infamous question!

Wait, weren’t we going to talk about trekking bikes? Nope. However, we might leave it for another occasion, or we might even discuss a little about them today. The only way you’ll find out is by reading the article that’s below, so…

The reason behind Trek (Domane) bikes being so heavy lies in the features that are built into the vehicle’s frame. Also, it’s important we note that it has something to do with the compliance and aerodynamics of the frame tubes. Lastly, we shouldn’t forget that disc brakes add some extra weight too.

Don’t try to get away with reading solely the snippet. Instead, delve deeper into the text!

Okay, so before we get into the details about why are Trek bikes so darn heavy, let’s see if bike weight really plays an important role in the world of cycling. Now, of course, it plays a crucial role once the elevator’s out of service and you have to carry it ten stories up to your apartment, but let’s get a bit more specific. So, does bike weight really matter?

You’ll want to know that bike weight does matter to a certain degree. A lighter bike plus a lighter rider combo will, of course, ride faster than any other combo out there. Today, bikes are being made lighter & lighter. It makes them faster, plus they’re more easily carried around. However, one could argue that the whole let’s-produce-an-even-more-lighter-model trend isn’t such a good one.

Contemporary bikes are made with newer and therefore – more expensive components that are utilized in order to cut some grams/pounds on the overall weight of the vehicle. The problem with such a striving inside the industry is that bicycles that are too light can easily undermine the rider’s stability. Needless to say, that’s no good.

Getting a lighter bike isn’t the only way you can boost your speed. Also, when a certain manufacturer brags about a 20-gram weight difference, don’t worry. That’s a number you could easily ignore. Okay, so what are the other ways you can enhance your speed?

How to boost your bicycle’s speed?

As we’ve said, you don’t need to opt for a lighter (and more expensive) bicycle. Here are the things you can do to make your trusty vehicle run faster:

All in all, to conclude: at the end of the day, the prevailing factor in boosting bicycle speed is none other than yourself. With proper training and equipment, we’re sure that you won’t have any trouble enjoying faster rides. Okay, we guess that’s about it for the introductory element. Let’s discuss the main question of the day: why are Trek bikes so heavy? 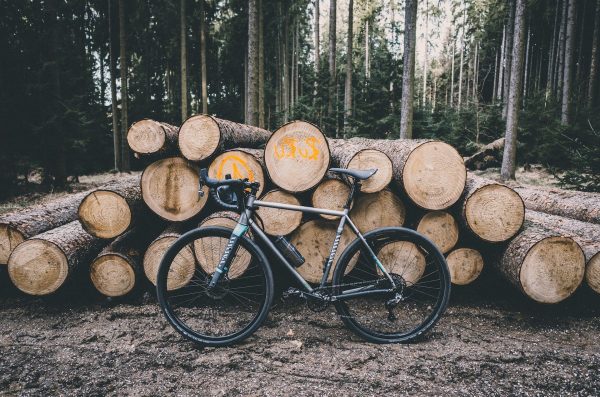 Why are Trek bikes so heavy?

So, we’ve said earlier that contemporary bicycle manufacturers compete in the who’s-gonna-make-a-lighter-bike race. What’s the deal with Trek, why are their bikes so heavy? Let’s find out!

If you were to take a quick glance over the cycling forums and issue of heavy Trek bikes, you’d notice that one series kind sticks out from the rest. That’s right, we’re talking about the Trek Domane series. Anyway, here’s our take on the subject of why Trek Domane bikes are so heavy!

Most experts would agree that the reason behind Trek Domane bikes being so heavy lies in the features that are built into the vehicle’s frame. Also, some note that this is because of the compliance and aerodynamics of the frame tubes. Lastly, don’t forget that disc brakes add some to the overall weight too. It’s kinda obvious, right?

Anyway, even though folks find Trek Domane bikes a bit on the heavy side, it’s not like they don’t fully enjoy the vehicle series obviously phenomenal traits. Whether we’re talking about just how nice the bike frames absorb the roughness of the roads or just how great the rear triangle is for powering up climbs – it doesn’t really matter. What matters is that Trek bikes shouldn’t be judged solely on how much they weigh.

Now that we’ve successfully dealt with the big fish, it might be a good time to consider other info that’s related to it. For instance, wouldn’t a heavy bike be tougher to ride?

Is a heavier bicycle harder to ride?

Well, the answer’s not all that simple since it will require us to imagine just who’s asking. However, don’t worry, it seems as though the online cycling community has reached something of a consensus on the subject. Here’s the simplest answer: a heavier bicycle’s a bit harder to ride. Shall we find out why?

There’s probably no need to emphasize that extra weight increases inertia. The person riding the bicycle will have to accelerate in order to overcome it. Also, heavier wheels will require you to invest more energy in handling the aforementioned inertia. Here’s the thing: even amateur riders will notice the difference when riding a bike with lighter wheels. That’s because the latter makes the vehicle feel a bit more on the snappier side, and it’s far easier to accelerate.

Also, keep in mind that a heavier bike might be a bit harder on the knees of an unfit rider, or even a fit one, once they’ve got to climb a hill.

What is a good weight for a bike?

As we’ve implied in the begging, a bike that’s too light ain’t such a good thing either. Therefore, it would be unfair of us not to tell you about something you’d call ideal bike weight (if we can say such a thing at all). Even though most folks don’t really consider the weight that much once buying a new vehicle, it’s good you know this. So, where are the numbers?

Anyway, most weight-conscious cyclists wouldn’t sport a bike that weighs 15 lbs (around 7 kg) since riding a bike that light might get a little sketchy at times. Okay, so what about the ideal not-too-heavy-and-not-too-light weight? Most cycling would agree that the ideal number lies somewhere between 17-17.5 lbs.

Also, if you’re wondering whether you can use gym gloves for cycling, click on the highlighted text.

How heavy is too heavy for a bicycle?

Most folks would agree that if you’re undoubtedly having a hard time carrying your bicycle over a flight of stairs, it’s definitely too heavy for you. Anyway, we understand that a person can read this article’s title with two separate meanings. Check the following paragraph!

If you belong to that weight group, you’ll be quite happy to know that yes, you’re able to ride a bike. There are certain models designed to support plus-sized folks. Keep in mind that cycling is one of the best forms of exercise, one of the best ways to lose some pounds. Besides the obvious, here are some other traits of bicycle riding that a 300 lb person would surely enjoy:

Alright, so that should’ve done it on the subject of why are Trek bikes so heavy! Hopefully, you’ve enjoyed this one as much as the last, and we’ll see each other pretty darn soon. Until then, feel free to browse the page we’ve dedicated to cycling.

← Prev: What Side of the River Do You Kayak in the UK? Next: Why Are Kayak Paddle Blades Offset? → 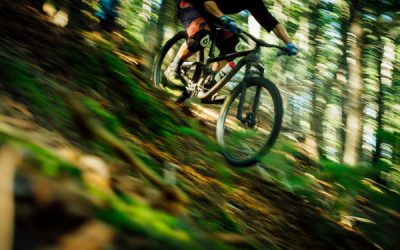 Can I Store My Full Suspension Bike Upside Down?

If you have a restricted room, it can be hard to figure out where and how to keep multiple bikes. Fortunately, there are many wall hooks and mounts out on the market. Nonetheless, can I store my whole suspension bike upside down? Stay tuned for more details! Can I... 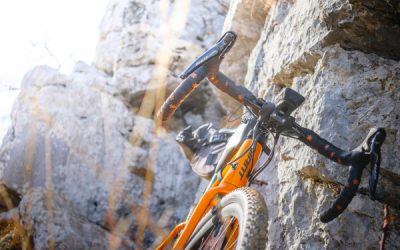 How Do You Convert a Gravel Bike to a Flat Bar?

A mountain bike, gravel bike, or something in the middle? Flat bar gravel bikes obscure the lines, offering riders more command and ease. Here's how to determine if a flat bar gravel bike is suitable for you. You exit your house and steer dynamic city streets to the... 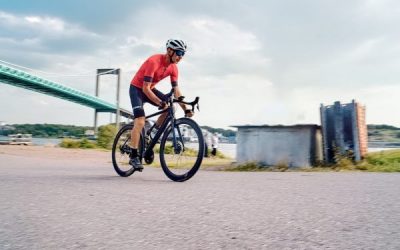 Do You Wash Your Bike Shorts After Every Ride?

Whether you are a newbie cyclist looking for a piece of information on how to properly take care of your new bike shorts, or an experienced biker who already owns a lot of cycling gear, chances are that you will be interested in an answer to this question - Do you... 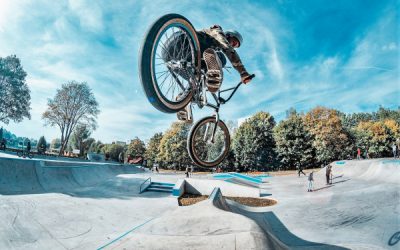 Is It Too Late to Learn BMX?

Let's say your old BMX bike has sat in the garage for 20 years. You saw it today by accident, and for some reason, you keep staring at it. It’s a bit corroded, but it’s still lovely. That’s when the big query came to your mind - Is it too late to learn BMX? Stay tuned... 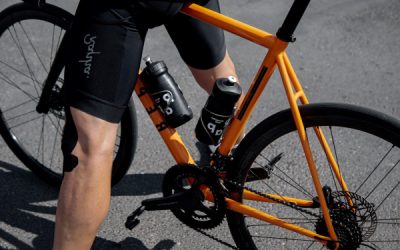 How Many Pairs of Cycling Shorts Do I Need?

So, you're starting to build your own stash of cycling equipment, eh? If you're nodding your head in approval, then you must've asked yourself the following question at least once: Okay, how many pairs of cycling shorts do I really need? Today, we'll give our best to... 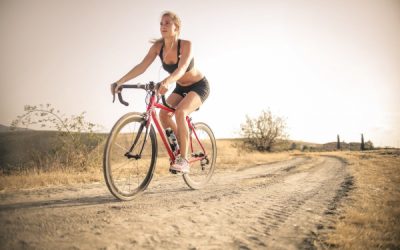 Why Does My Hand Fall Asleep When Riding A Bike?

A lot of cyclists, both novice and pro ones occasionally experience the feeling of their hand or hands falling asleep when riding a bike. Chances are that you've experienced this tingling sensation or numbness yourself and that you want to find the answer to the...