What Muscles Does Rock Climbing Work? 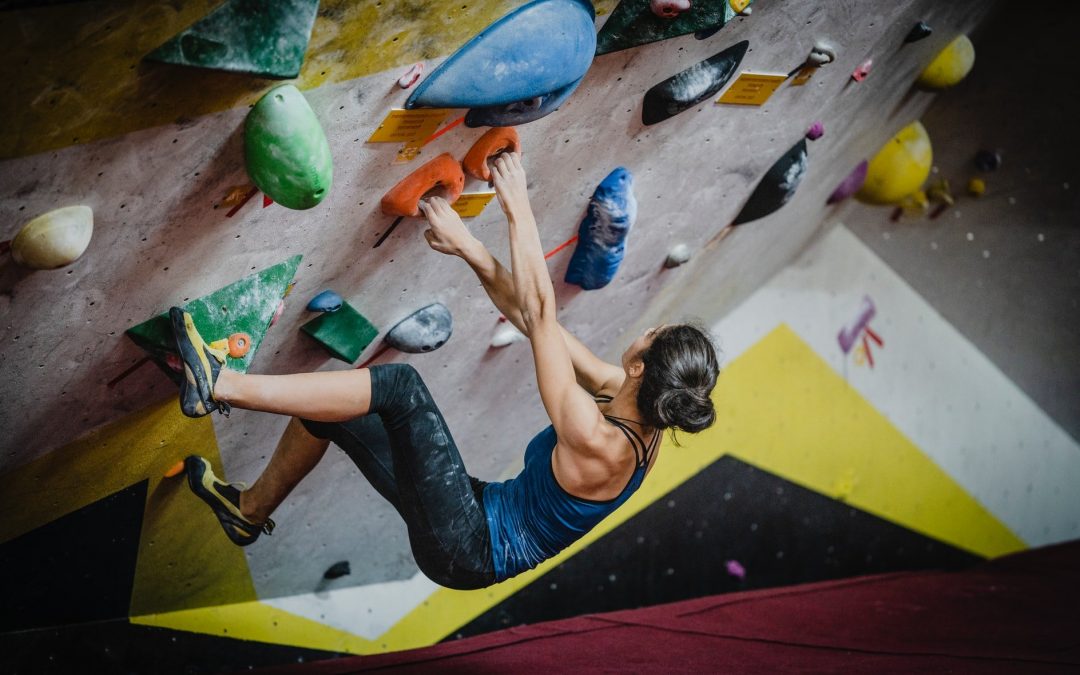 Let’s pose an interesting question. How many of our readers consider rock climbing being equivalent to a real workout? We’ll take a guess and say most of you already know what rock climbing can do to your body. Still, if there are folks that would stutter answering the question we posed, then… Well, you get the point, we’ll show them what muscles does rock climbing work and why’s the sport getting more popular with each passing year.

First of all, you’ll be engaging the lats together with other back muscles to help your ascent. Also, since rock climbing demands a strong grip, you’ll stimulate your forearm muscles. The biceps will be responsible for keeping your hands near your body. Don’t forget the core muscles keeping your body upright. And yes, you’ll get those calves in shape.

So, what’s the deal with rock climbing? Once you’re done reading this section, you’ll have your answer.

What is rock climbing?

In simple terms: rock climbing is a sport in which the player (or participant) climbs a natural rock formation or an artificial wall. That’s why some of you might’ve wondered if it’s an indoor or outdoor activity. Now you know it can be both! Anyway, the goal is to make it to the summit of a formation, or the pre-determined endpoint. Without falling, of course.

Rock climbing, regardless of the category, is a very challenging sport, both physically and mentally. It’s a sport that puts a climber’s strength, endurance, and balance to a serious test. Now, it can also be a very dangerous sport. That’s why a climber needs to have knowledge of proper climbing techniques. Also, the use of regular climbing equipment and following safety measures is crucial.

If you’re wondering if this sport is better for your body than weightlifting, make sure you visit this page.

Where did it all start?

Here we’ll do a recap of the history of this marvelous human activity. The years aren’t so important here, but it all began in the early 18th century, as a sort of training for bigger alpine and mountaineering goals. After some time has passed, this activity turned into an official sport. Firstly, rock climbers simply had to ascend the top of a rock face using whatever means necessary. This, of course, meant that climbers hanged or pulled on the gear that was hammered (or drilled) into a rock.

As climbing gear (and here’s where to shop for it) evolved (read: improved), climbing enthusiasts started focusing on using only with their hands and feet. Also, they operated only on the natural features of a particular rock to move upwards. After a while, new subcategories of rock climbing began to emerge. Nowadays, there are various disciplines and styles of rock climbing. We’ll gladly show you some.

Wait, there are different styles of rock climbing?

Yup, there most certainly are! Nowadays, we can distinguish two main categories: aid climbing and free climbing. Let’s see what makes them different.

This type of climbing is easily recognized by removable or permanent protection that’s drilled into the rock to help the climber go towards the goal. This is mostly done when the climb is too demanding for the lead climber to conquer using only the surfaces provided by Mother Nature. Back in the day, aid climbers were hammering pitons (wedge-shaped metal parts) into the rock for protection. This, of course, permanently damaged the rock. Nowadays, climbers tend to practice so-called clean aid, which means they use removable protection or, in some cases, permanent bolts pre-drilled into the rock.

Roped free climbing involves climbing using a rope attached to the climber’s harness to protect against falls. We can break it apart into three main subcategories (looks like subcategory is the word of the day):

To put it bluntly: there’s no protection against falls. We can separate:

Well, that was a bit long for an introduction. Anyway, let’s see what muscles does rock climbing work! 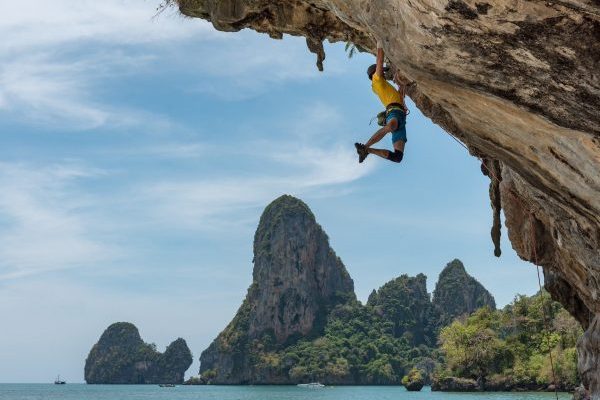 What muscles does rock climbing work?

This will hardly surprise anyone! By pulling yourself upwards while climbing, you’re engaging the lats (latissimus dorsi) together with other back muscles to help your ascent. The thing is: you’re gonna hit this muscle from every single angle while you move vertically and laterally up the wall or a rock.

These need no special introduction. The biceps are the muscles that bring your hands closer to the body. And while you pull your body towards your hands, the biceps are stimulated greatly. Together with powerful lats, strong biceps are bound to improve your efficiency at scaling the wall.

Forearm muscles (there’s quite a lot of them, so…)

This goes without saying: you’ll get nowhere in rock climbing without a strong grip. Sorry if that sounds a bit too pessimistic, but it’s the truth. Anyway, don’t worry! It won’t take long to develop a strong grip since you’ll be hanging off the wall with your fingers most of the time. Did you know that when it comes to gripping, your forearm muscles are the ones most engaged?

Also, while we’re talking about a strong grip, here are some tips on toughing up your fingers.

The core muscles are naturally responsible for keeping your body upright while climbing. While you scale the wall, you’ll use the core muscles to keep your chest and pelvis aligned. Imagine you’re climbing up an especially steep portion of the wall. You’ll need a strong core to maintain the proper alignment because the position of your body becomes inverted.

While reaching for the next hold (standing on your toes), you’re putting your calf muscles to work. They’re also there to help you maintain the position of your foot when it’s on a ledge above your body. Also, climbers with weak calves might not be able to keep their heels raised as they pull themselves up. This puts them at risk of a fall and major injuries.

What muscles does rock climbing work? – a quick summary

As always, when the article’s about to reach its end, it’s time for a quick recap of today’s main topic. So, what have we learned? To put it differently: what muscles does rock climbing work?

Okay, that’s about it when it comes to muscles you’ll engage while rock climbing. Hopefully, you’ve had a fun time reading this! For more tips on rock climbing and anything that’s mildly related to the sport, click right here.